I have been searching for an answer to this question for a while now, and for some reason I can't seem to find it.

How are the units defined in the EPSG:4326 system?

Some sources say that WGS84 and EPSG:4326 are exactly the same thing, other say they are different, but then don't provide the differences.

How should I be writing down longitude and latitude in the EPSG:4326 system?

Decimal degrees. Not so much the CRS as the way computers handle floats. They use decimal numbers, not sexagesimal values. Pretty much every CRS uses decimal numbers, whether they are spheroidal or projected.

Create a point-layer in EPSG:4326 (I use QGIS), add a few features and label them with $x to get the value of the x-coordinate: as you can see, decimal values are used. If you go to layer properties, extent as well is shown in decimal values, see second screenshot. 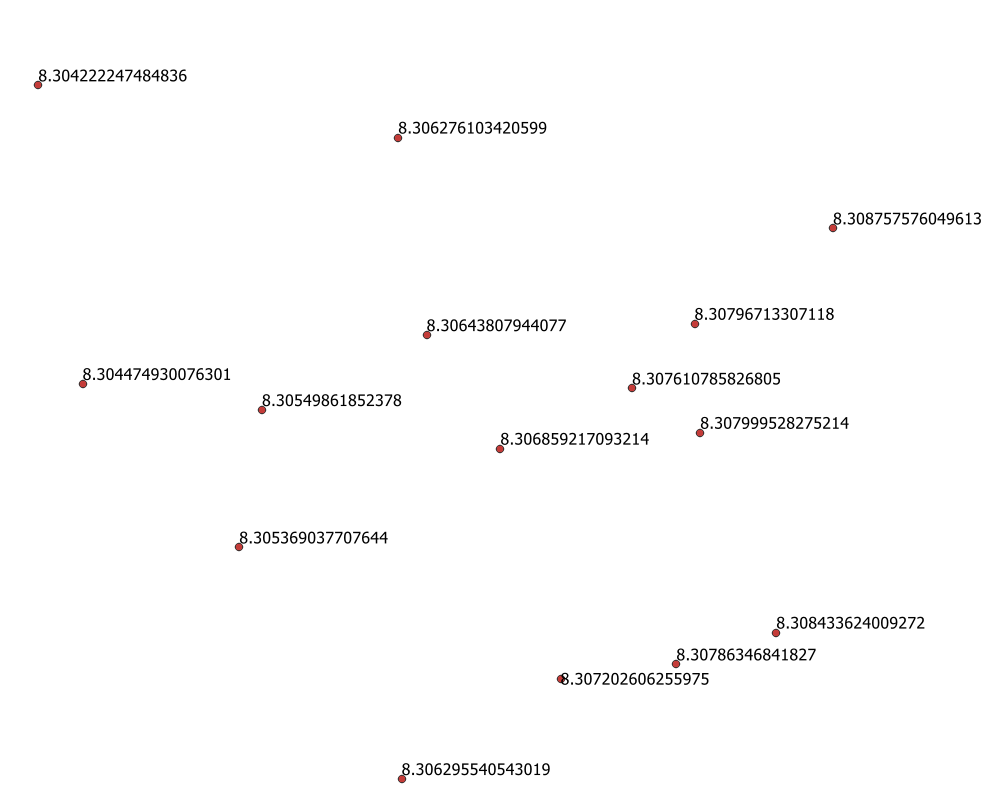 The answer has already been given, but I feel that you would benefit from knowing this resource: https://epsg.io

It references all the EPSG codes and gives for each: the unit, the ellipsoid, the datum and so on.

For instance for 4326: https://epsg.io/4326 it shows that the unit is degrees. In this case your question would probably not have been fully answered but it is a nice resource anyways when wondering the unit of a coordinate system for which you know the EPSG code.

As you can see 4326 is the EPSG code representing WGS84, so yes they are the same. Your confusion probably stems from the fact that this coordinate system is based on an ellipsoid named WGS84 and a datum also named WGS84. Ellipsoid and datum are different in the sense that the ellipsoid defines the shape of the ellipse onto which the Earth is projected and that the datum defines where this ellipsoid "anchors" on Earth. The EPSG code represents the combination of the ellipsoid and the datum, so once you know it, you do not need to worry about the rest, it fully defines the horizontal coordinates system (including its unit).

6
Distances in {Plate Carrée projection - EPSG:4326 - WGS84}
8
What is the origin of the Degrees, Decimal Minutes format?
12
Converting latitude, longitude (EPSG:4326) into EPSG:3857?
3
What coordinate NOTATION would this be?
6
What units are used for coordinates in geographic and projected coordinate systems?
3
Reprojecting EPSG:3412 to EPSG:4326 using GDAL?
1
Defining point location at EPSG 4326 image
4
Order of latitude and longitude in EPSG:4326