Calculating coordinates for halfway around world from given location

I am curious about how to mathematically determine "half-way around the world" from a given spot.

For example, from where I live in Monterey, what is half-way around the world heading either due east or due west?

I also want to know what is halfway around the earth the other direction - heading due north or south.

The coordinates for Monterey are approximately latitude 36.6 and longitude -121.89

My idea is that halfway around the earth from Monterey, heading either east or west, is 36.6 latitude (staying on the same plane/parallel of latitude) and 58.11 longitude, in other words in Birjand, Iran. I'm pretty sure I'm right about that.

But I'm having more trouble with the other direction. Is latitude -53.4 and longitude -121.89 (same meridian of longitude as Monterey) correct, and if so, where is that, exactly?

When I enter those coordinates in both Bing Maps and Google Maps, it just shows me a spot in the ocean, but won't allow me to zoom/expand out from there so as to give me my bearings (no pun intended) or context.

What would be the mathematical formula to apply here?

coordinate-system latitude-longitude antipodal
Share
Improve this question
edited May 3, 2021 at 11:14

Your calculations are correct. I need to zoom out about 16 times to get context for that second point though. 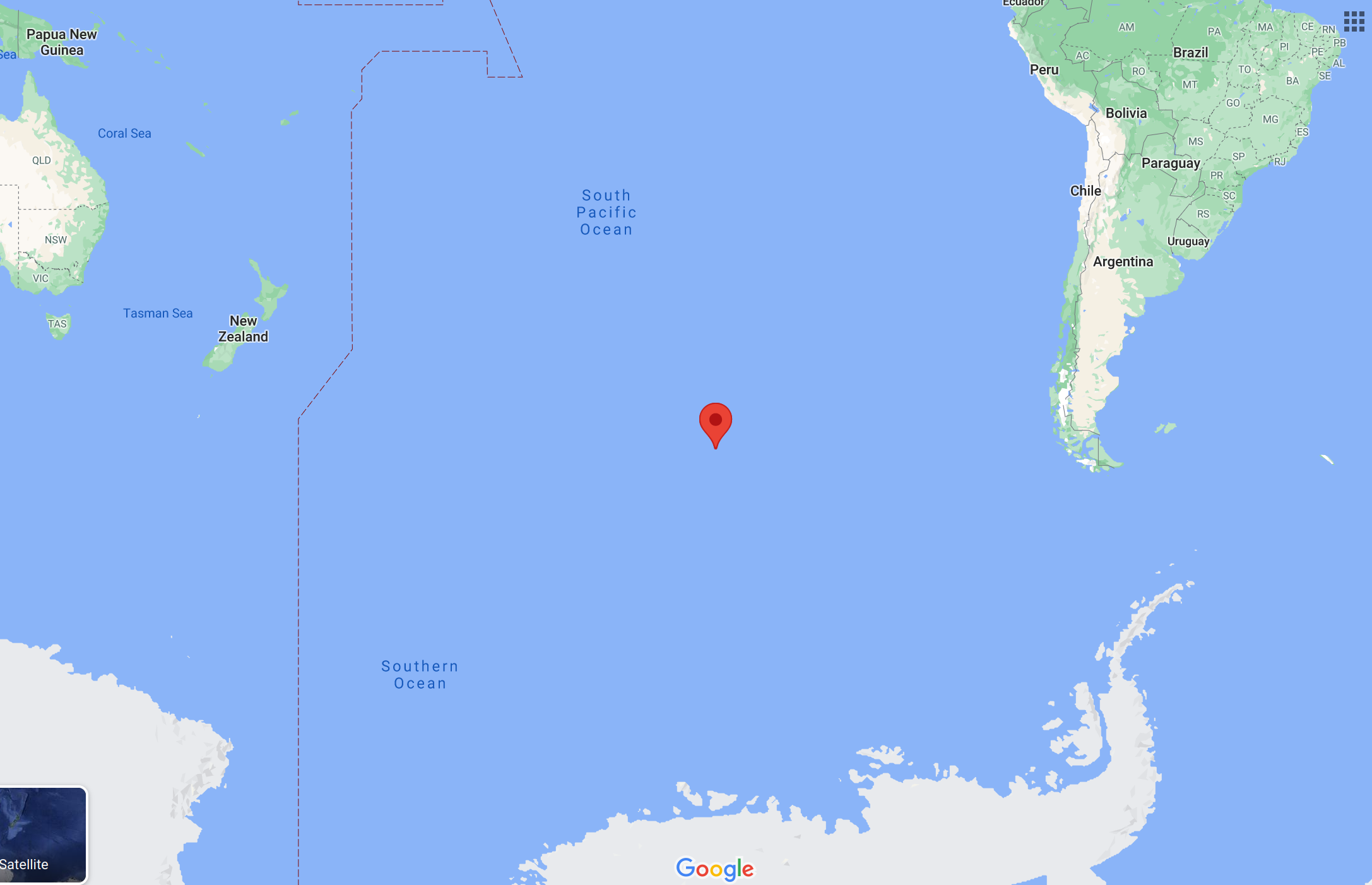 Not the answer you're looking for? Browse other questions tagged coordinate-system latitude-longitude antipodal or ask your own question.

1
Using ST_Project with PostGIS
10
How to convert 6 & 7 digit coordinates to degrees latitude & longitude
3
Formula for charting a course around the globe, given a location and degree heading?
3
Lat/Lon point transformation/offset on arbitrary segment
4
Defining Latitude and Longitude before defining Datum?
13
Calculating correct longitude when it's over |180|?
1
Get correct measurements for fantasy world map
0
What is the appropriate mesh or grid for latitude, longitude data