I want to make the project available as WebMap with qgis2web plugin, ver. 3.16. This works fine for other projects.

What the problem is:

The exported map loads extremely slow and the browser becomes unresponsive. The same is true for the plugin's preview. I get the warning:

A large number of features are present in the map. Generating the preview may take some time.

I guess this is because it tries to load all 54.000 point features, even if only a small section of the whole extent is inside the current canvas extent. Scale based visibility apparently can't be converted by qgis2web plugin.

What I tried: Changing the precision setting in the plugin, but with no success. I also looked to the other settings of the plugin (check the cluster checkbox for the point layer), but they don't resolve the problem.

I also tried splitting up the layer to several small layers, based on a grid. The problem persists. I guess that Leaflet/the Web site still tries to load all layers in the current canvas extent - so the site gets blocked before you even get the chance to zoom in.

How can this problem be solved so that I have a WebMap with OSM basemap + the point layer, loading in reasonable time (few seconds at max.) 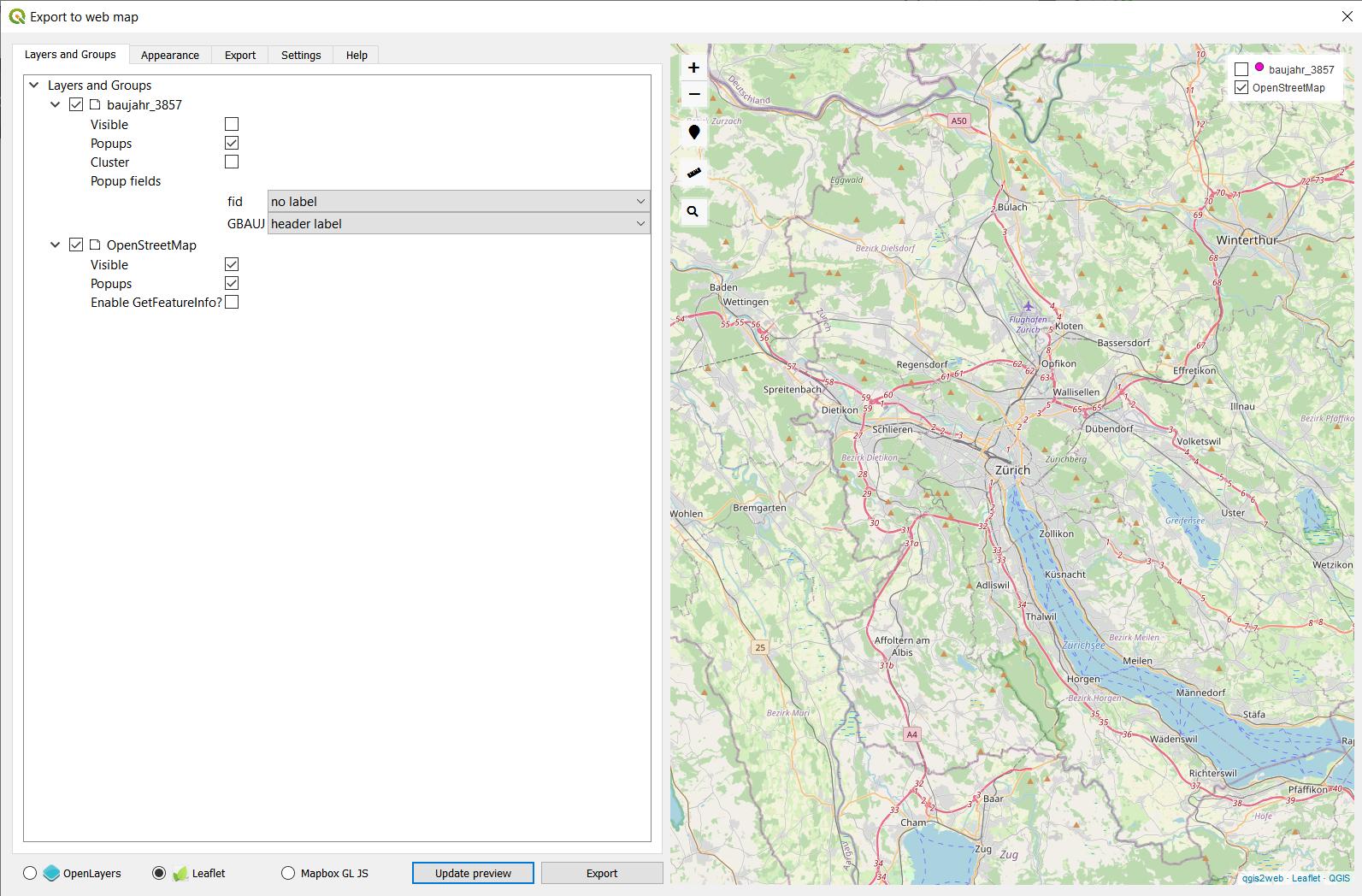 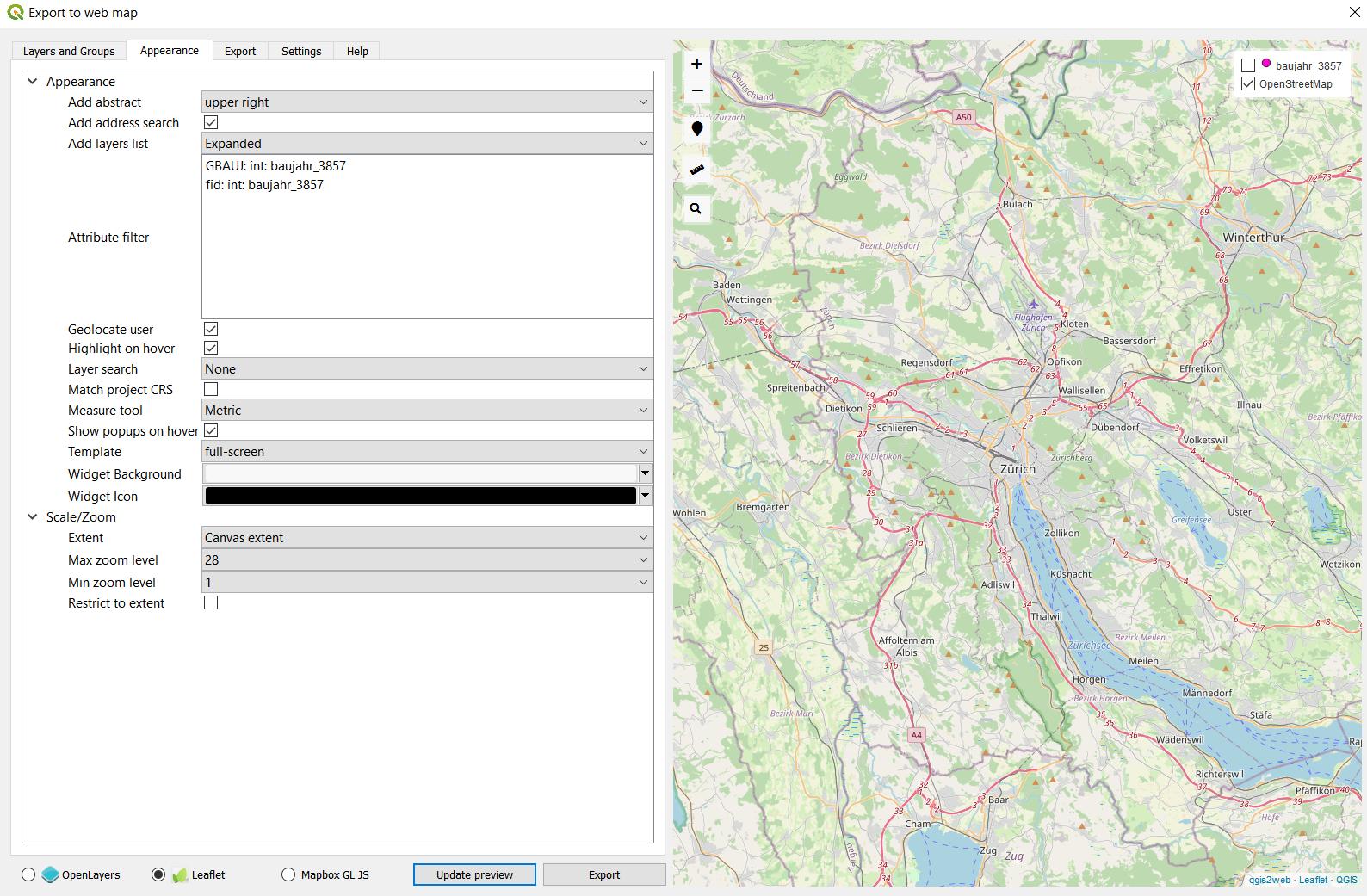 Your dataset is simply too large to be running smoothly. Setting scale limits won't help, because the whole dataset is loaded to the browser in any case. Unless you are able to reduce the size of the file (remove unnecessary features, minify GeoJSON in the settings and reduce precision as you've already done) I would say that you should look into other options in building an interactive map. One option is to serve your data via a server (e.g. WMS layer) or another could be to check out for example the Unfolded Studio plugin: github.com/UnfoldedInc/qgis-plugin

Not the answer you're looking for? Browse other questions tagged qgis point web-mapping qgis2web visibility or ask your own question.

2
Checking layers with scale based visibility for visibility in QGIS
1
How to add svg logo for polygon layers of web map created via qgis2web?
0
qgis2web clustered point features issues
2
qgis2web not taking my rule-based styles
0
Responsive design of webmap
4
Difficulty with Scaled Visibility for Labels in QGIS 3.4.9
7
Checking if feature visible using PyQGIS