I want to optimize and decompose several concave polygon into convex ones but not too small or to complicated ones.Ideally cutting in places that would minimize the creation of convex polygons and in a way they are more close to being regular. (I have selected some of theme just to be more clear)

I have tried (and they don't work):

I need this because each of these polygons have information that I'm going to keep in points in a mesh to make thermic calculations after. I want to create this elementary polygons to then take the centroid of each one of them and create this mesh. So because of that it would be bizarre taking a centroid out of the polygon or taking the pole of inaccessibility and having a polygon that its almost "twisted".

An output for this selected polygons would be to cut them in concave pieces and then when we take their centroids would be something like these: 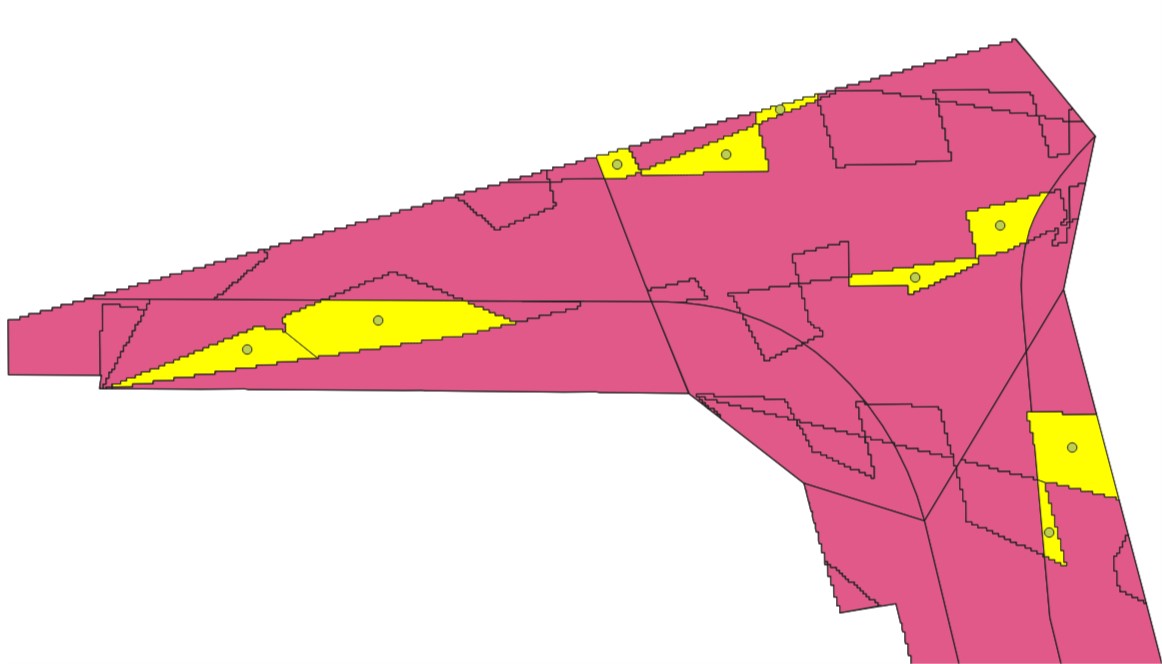 Seems like a math question on polygon decomposition that has already been answered at https://mathoverflow.net/questions/60212/partitioning-a-polygon-into-convex-parts. Several algorithms ar described. Either should work.

Not the answer you're looking for? Browse other questions tagged qgis splitting centroids convex-hull mesh or ask your own question.

5
How to return raster values based on polygon (shapefile) boundaries in QGIS?
7
Polygon Centroid Options and Appropriateness (FeatureToPoint, Labels, etc)?
3
How to get projected centroids in QGIS?
1
Automatically select small polygons contained within currently selected large polygons in QGIS?
0
Averaging multiple values to a single value by common field ID
4
Aggregating features values based on distance in QGIS