In a QGIS model, I have an input layer polygon from which a grid is created.

On this grid-layer, a new attribute field should be created based on an expression that refers to the input layer polygon. That works well as long as I set a fixed name for the layer polygon - see the expression and the model linked here (at the bottom).

How can the layer-name be defined so that it refers to the name of the input layer, regardless of its name?

In the field-calculator dialog, I select pre-defined value and try to set my expression in 'single quotes' as described here in the style of: 'expression' || @loadpolygonlayer || 'expression'. For the layer to refer, I select it from the context variables as can be seen on the screenshot.

I also tried to get the name of the layer by using this syntax and different variations with and without quotes, with masking single quotes etc., with no success. 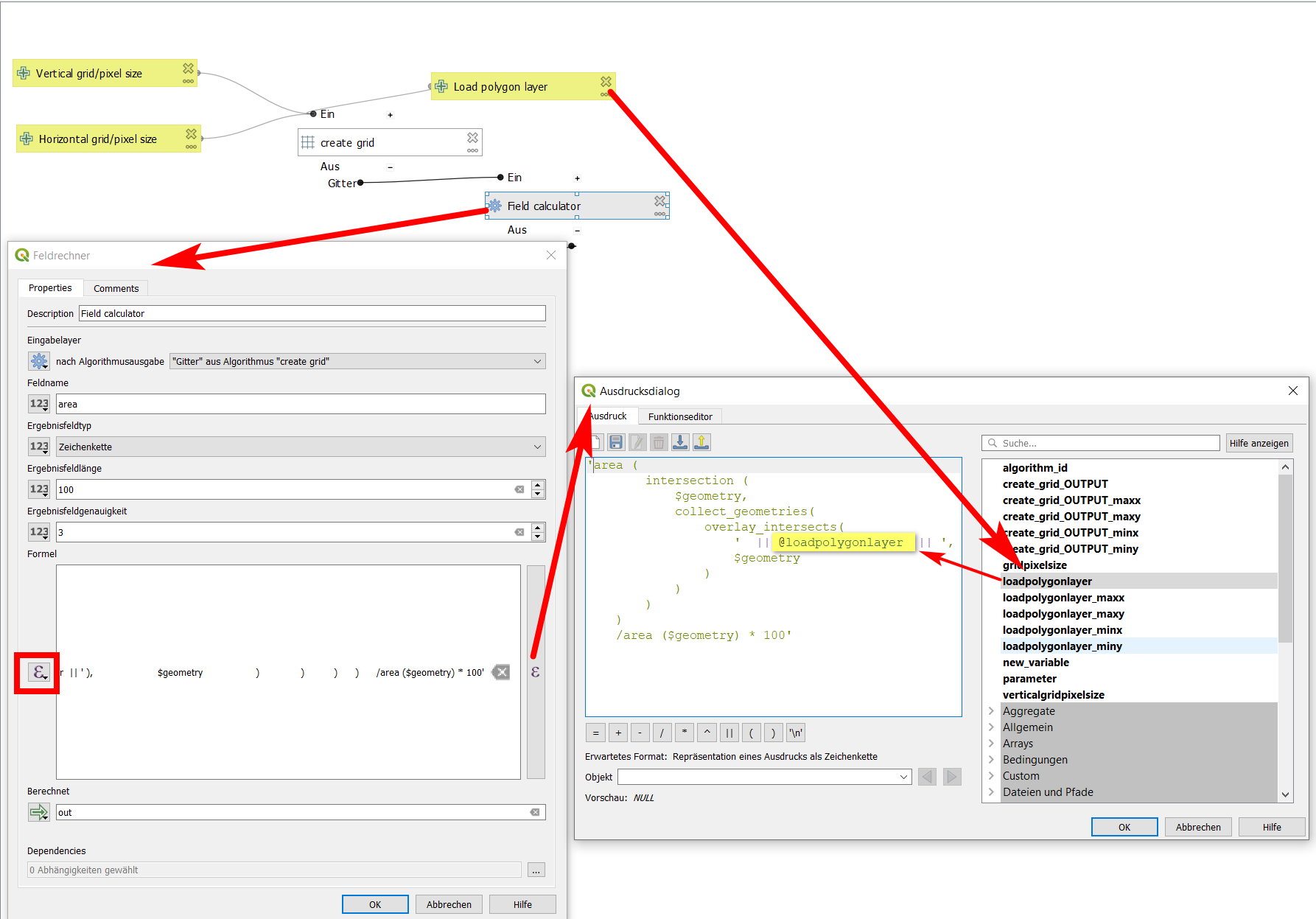 The trick to be able to refer to the layer-name of an input vector-layer inside an expression, using a model, is to rename the input layer.

Add a Rename layer algorithm, for the layer use Model input and select Load polygon layer (the input layer) and a define a name: the input layer is renamed to let's say polygon_model. This name can then be used in the expression of the field calculator to refer to the input layer.

The model can be downloaded from here. It does an Anti-aliased rasterization of an input polygon layer.

Not the answer you're looking for? Browse other questions tagged qgis layers qgis-modeler expression syntax or ask your own question.