So, the brute force solution is to simply move the blue boundary slightly west, and it will then be aligned correctly. The Vector Move Feature(s) (not Copy and Move Feature) tool is supposedly selected. Sometimes a small white circle shows up inside the Move Feature(s) icon.

It is possible to select the blue boundary, a very thin red line shows up inside it, and it's possible to move it to a new location, BUT the original blue boundary remains where it was, so now there are two blue boundaries. The select process doesn't seem to "pick up" 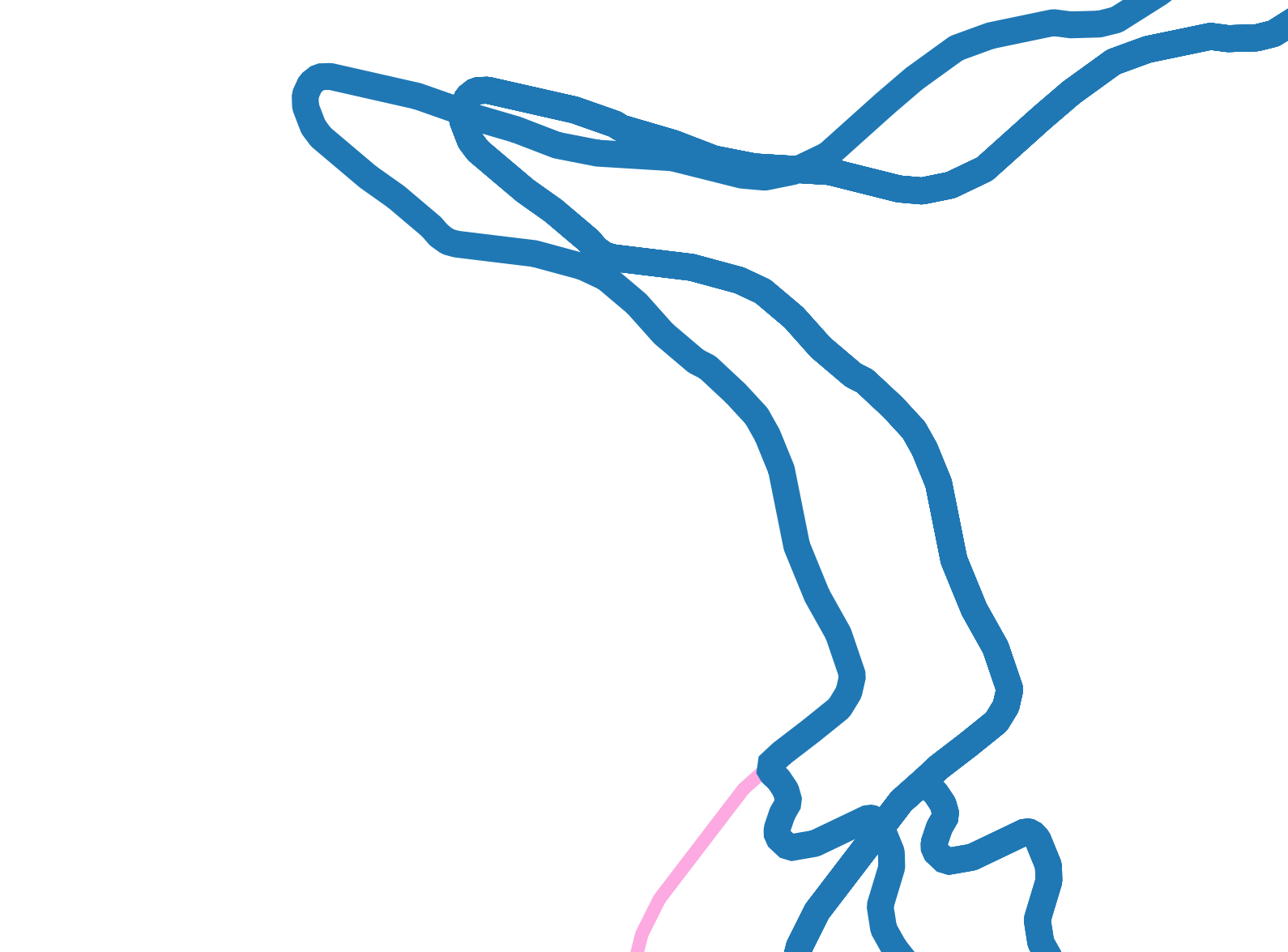 the original blue boundary, but rather copies it and this copy is deposited in the new location.

Also, I'm not able to delete either line, so clearly my approach is fundamentally missing something.

Browse other questions tagged qgis-3 features move or ask your own question.