Testing within MULTIPOLYGON when borders touch in R

I am new to geodata so maybe this is a silly question. I have two multipolygons and what I want to do is to test in which of the polygon of "constituencies" each polygon of "wards" is contained. Basically, to see for each ward in which consituency it is in.

However, I am having issues with the function st_within() from sf because it only returns TRUE if the first geometry is completely within the second geometry. That is a problem when the smaller units touch the borders of the larger ones. Here is an example

I have one multipolygon called "consituencies" and and one called "wards". You can find them here: https://www.dropbox.com/sh/xu08wm79rym00zz/AADFDpyPe0EuDSDSY-6SvqpYa?dl=0 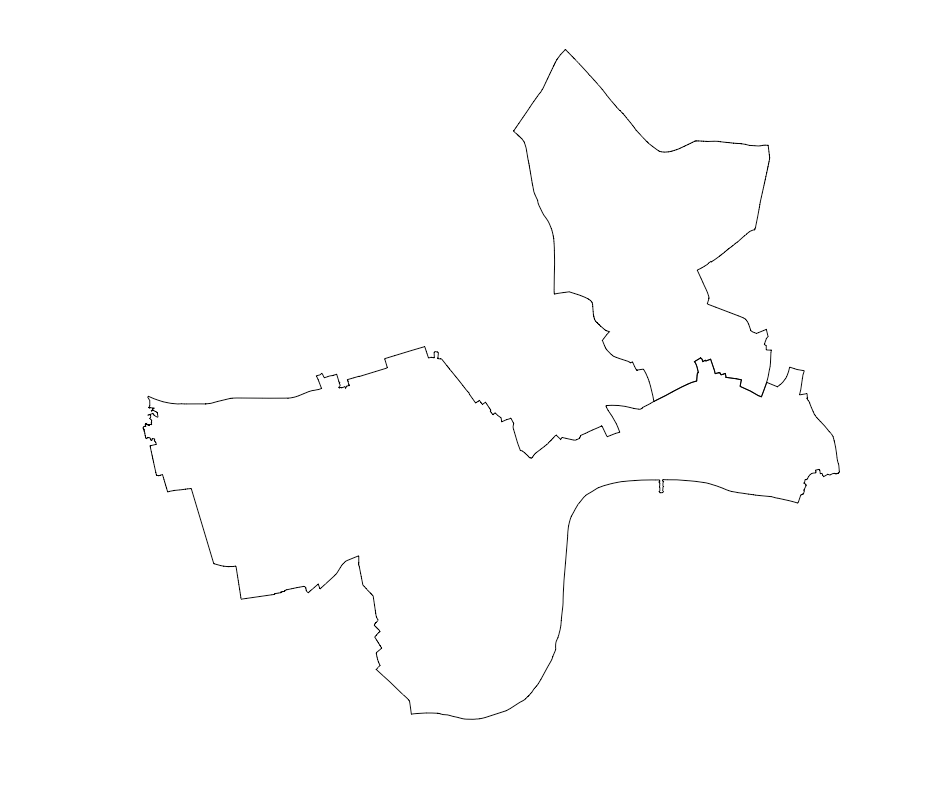 And the outcome spits out many NAs on the constituencies' name and label a ward is within of.

When I plot them to see which ones have NA in name (in red), you can see it is the ones touching the consituency's borders: 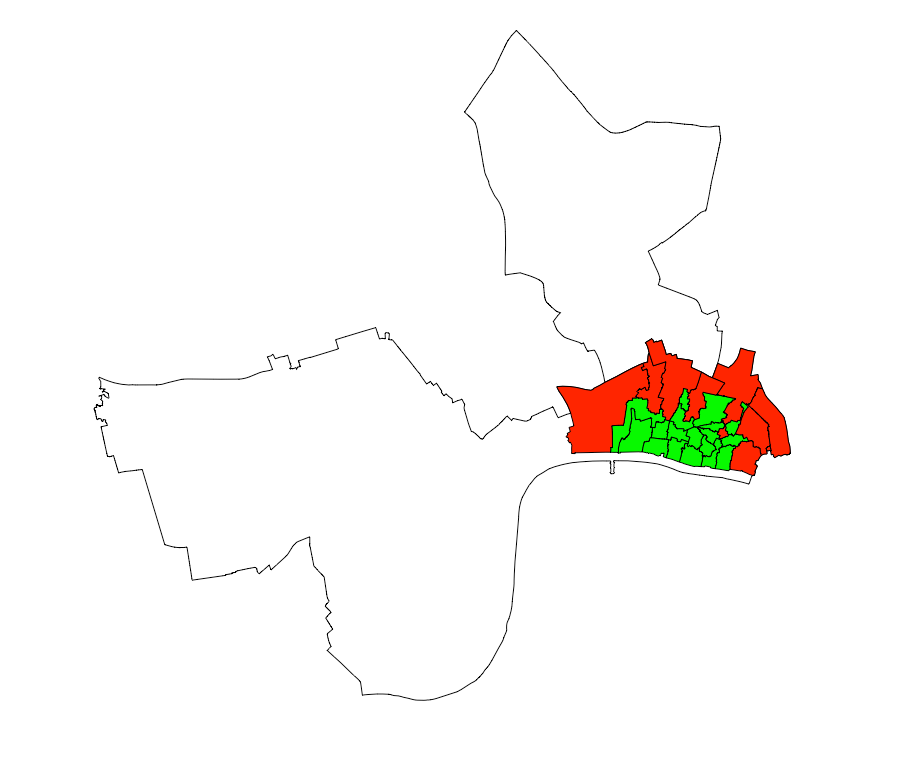 I assume one of two things is happening: 1) touching borders dos not count as being completely within a geometry, or 2) the borders of the wards and constituencies may not be perfectly matched so the wards aren't entirely within the constituency.

As discussed on the StackOverflow question, this is because the geometries do not quite match exactly. If they did match exactly (down to the vertex level), ST_Within should produce the desired answer.

Another way to do this is to test whether an interior point of a ward is within a constituency. Interior points can be generated using ST_PointOnSurface. This is likely faster than testing with the full polygon, as well.

Not the answer you're looking for? Browse other questions tagged raster postgis r polygon sf or ask your own question.