I have used the Random Points in Polygons tool to create random points for every feature. The tool runs without reporting any errors, but it creates oddities in the output point layer.

Below is zoomed in to a portion of the entire multipolygon layer. Feature 2E_203_6_6400 is highlighted in green. Here, density-based points have been created, but all output points are allocated to one of the two constituent polygons. While this all-or-none allocation is theoretically possible, the odds of it happening are vanishingly small, particularly when it happens to many features in the same layer, and when it always happens (repeatedly) to the same "problem" polygons! 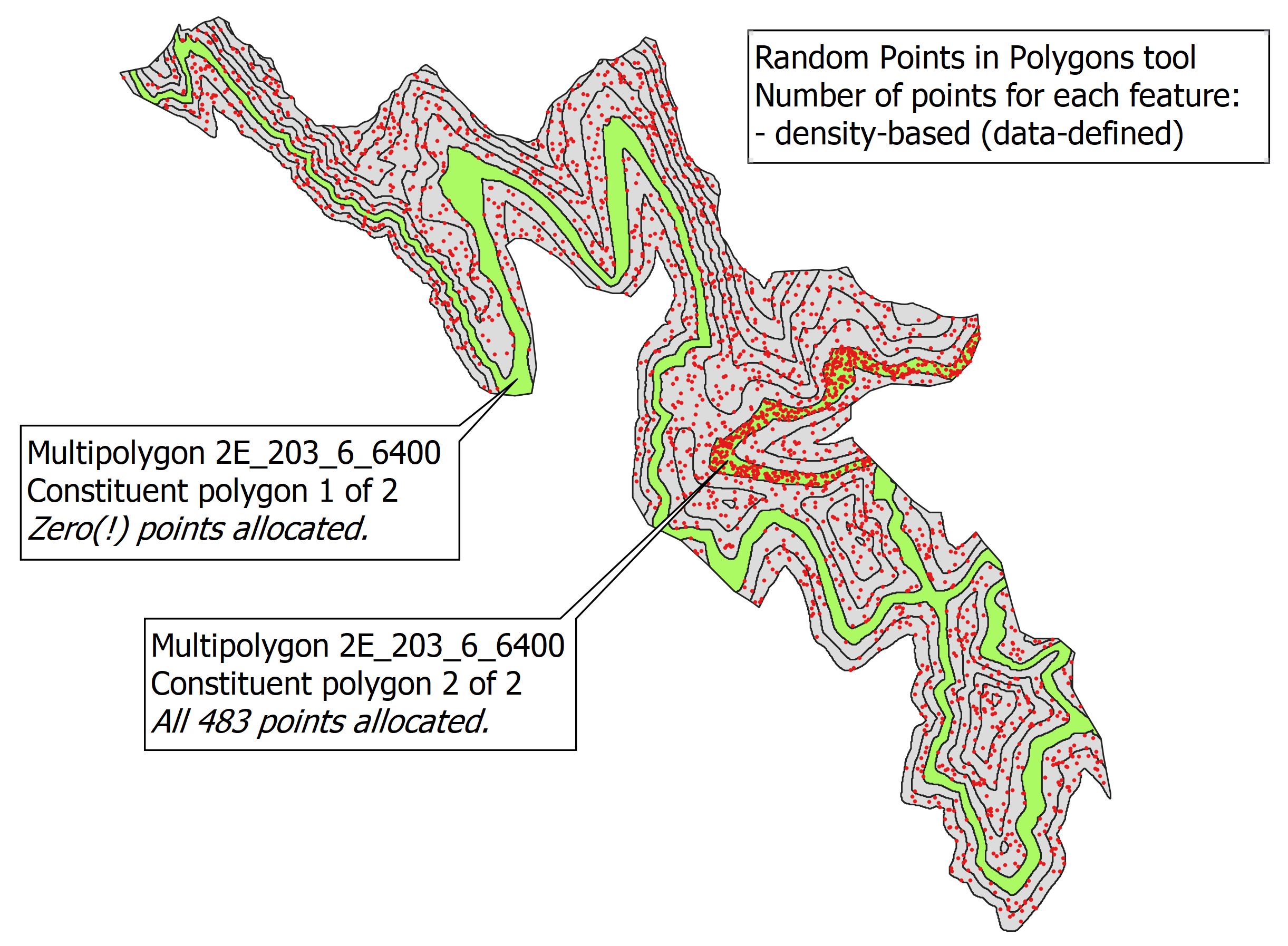 A shapefile zip of the above polygon layer is available at:

In the following screenshot, the "problem" constituent polygon from above has been output as single polygon. Interestingly, the Random Points in Polygons tool still refuses to allocate any points to this particular feature; the output point layer is empty. 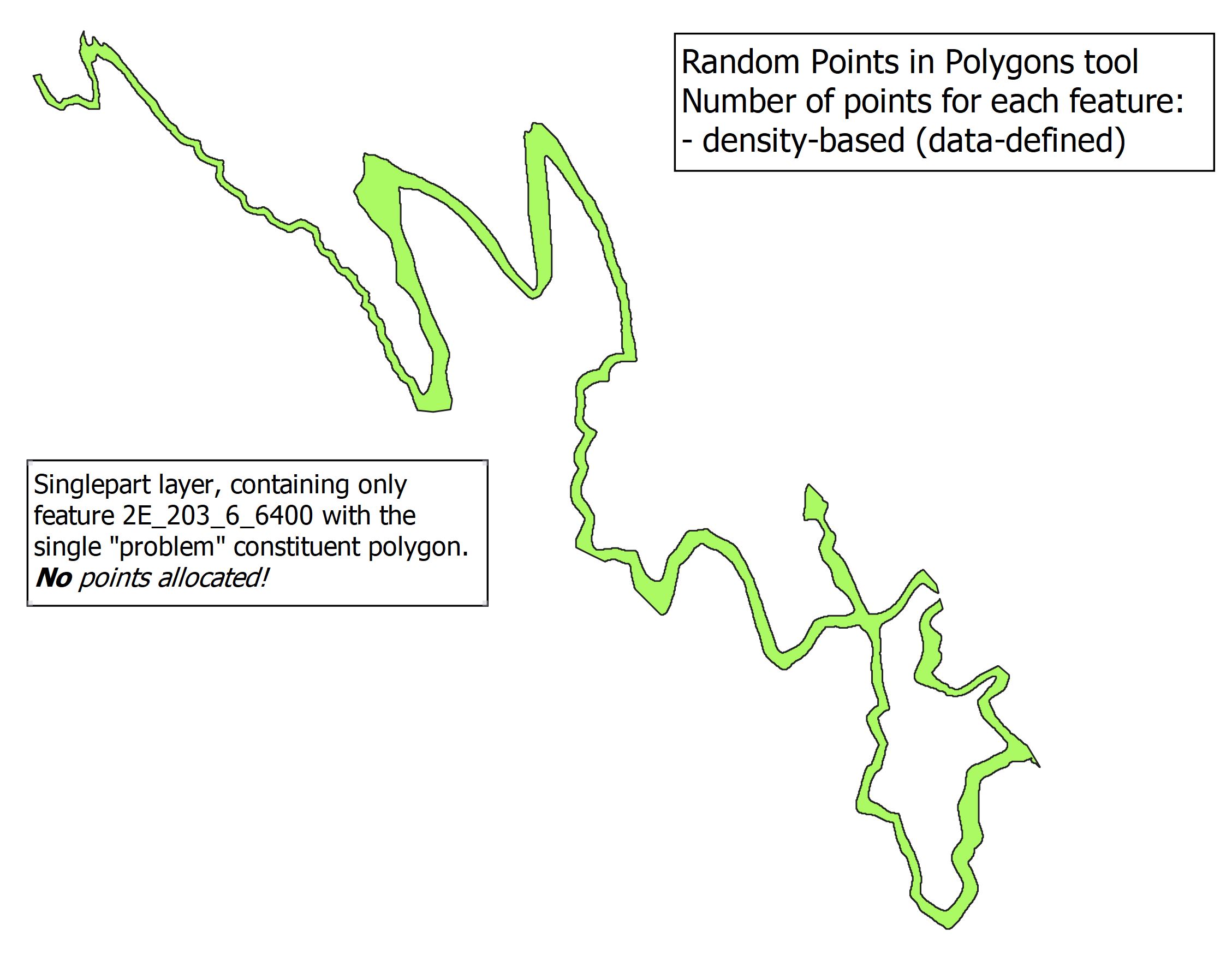 Options that I've tried, with no effect:

When I use the Arc 10.8.1 Create Random Points tool with the same input multipolygon layer, random points are assigned to those polygons that QGIS will never assign.

This sure appears to be a QGIS bug, or am I overlooking something?

Apply a (very small) buffer > 0 (in my test, 0.1 meter worked fine). Then Random points in polygons for selected multipart feature generates points in all parts of the feature: 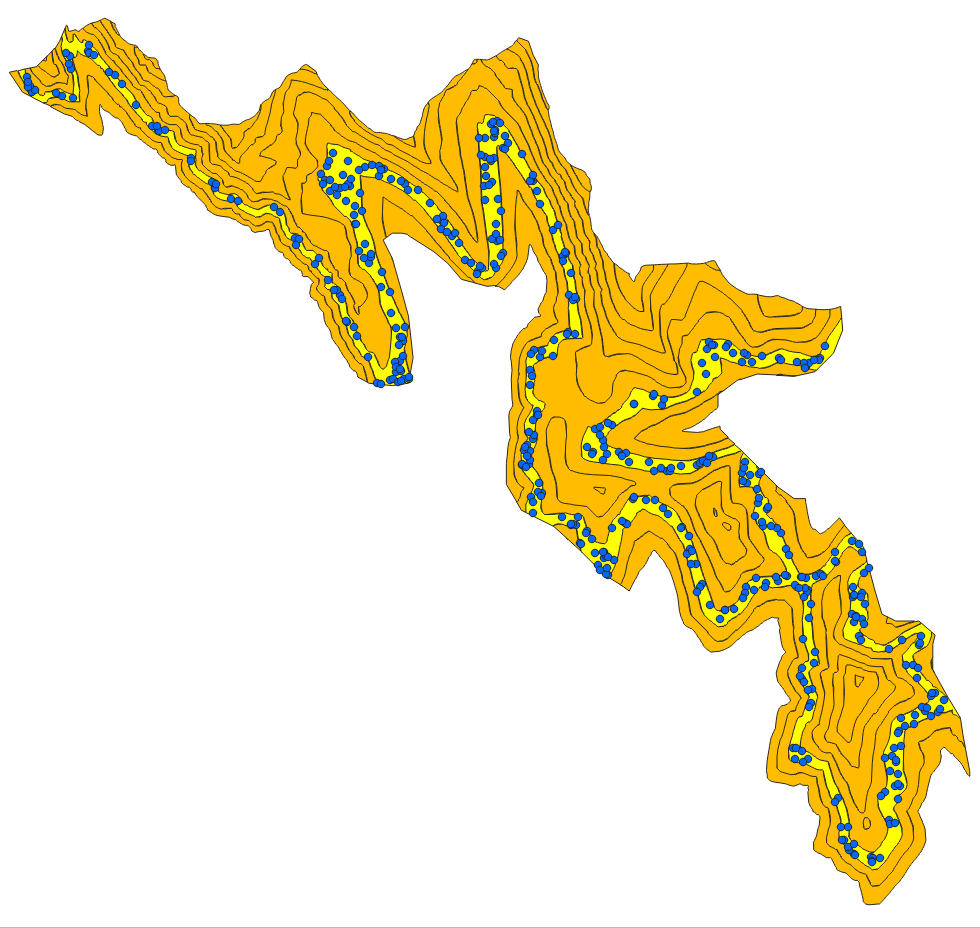 The buffered layer contains small overlaps. Depending on what you want to do, you should remove them (apply again a buffer of the same distance with negative value: -0.1 instead of 0.1) or just use the created point layer together with your original polygons.

Your polygons contain geomtry errors. See this example of the polygon-feature you used as an example in your question: I converted it to single parts and copied only the part that created you problems to a new layer. Using geometry checker plugin, I got this result: the polygon has a gap and contains a sliver 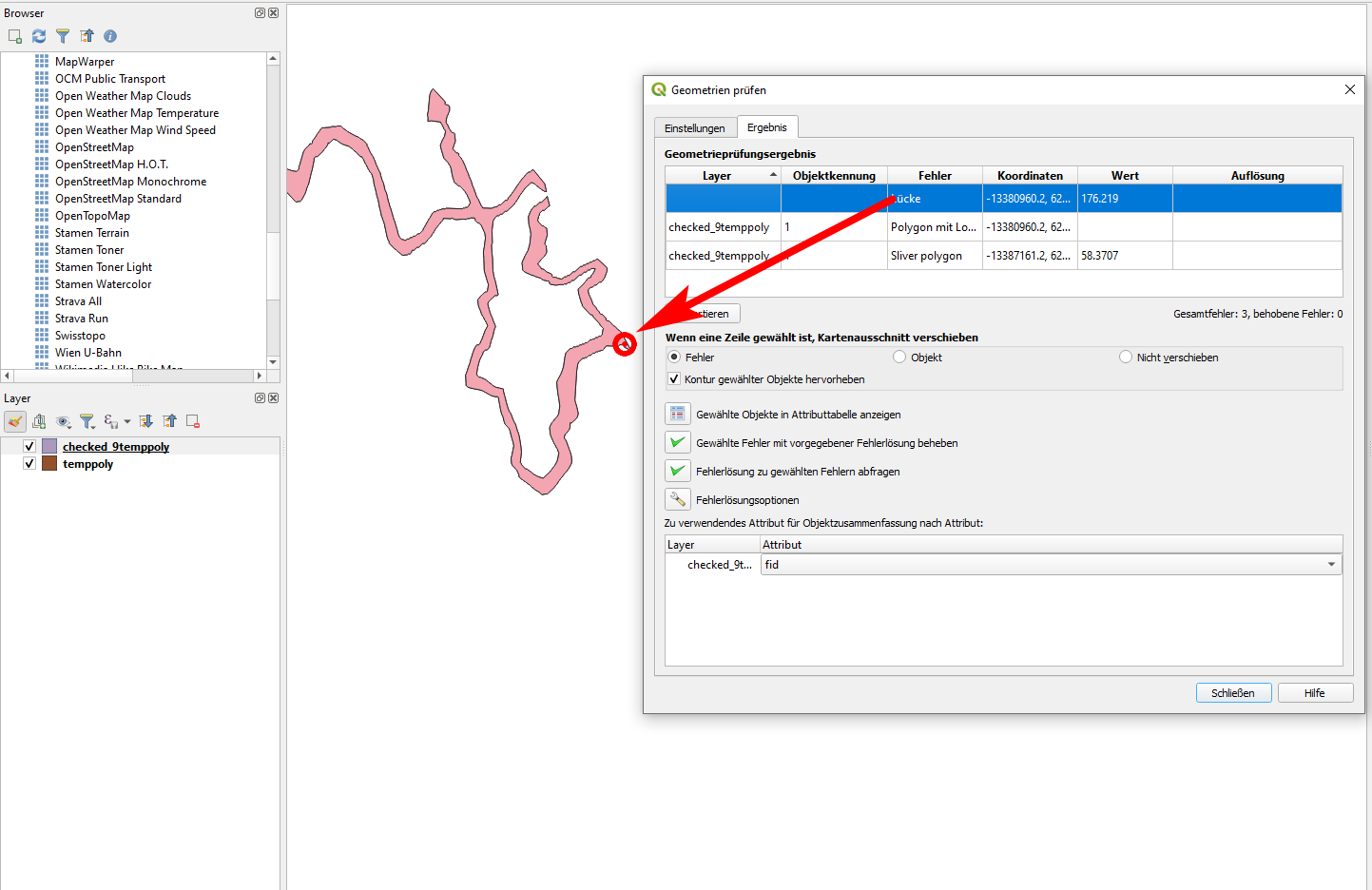 zoomed in to the spot highlighted above: 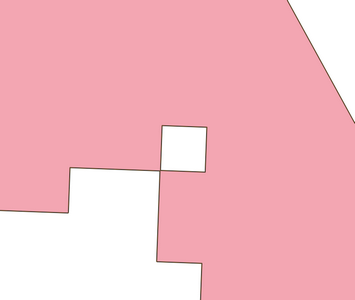 When I buffer this polygon by 0.1 meter, random points in polygons are assigned as expected. With a buffer of 0 (or using the original polygon), no points are created. So the problem is clearly caused by these geometry errors. 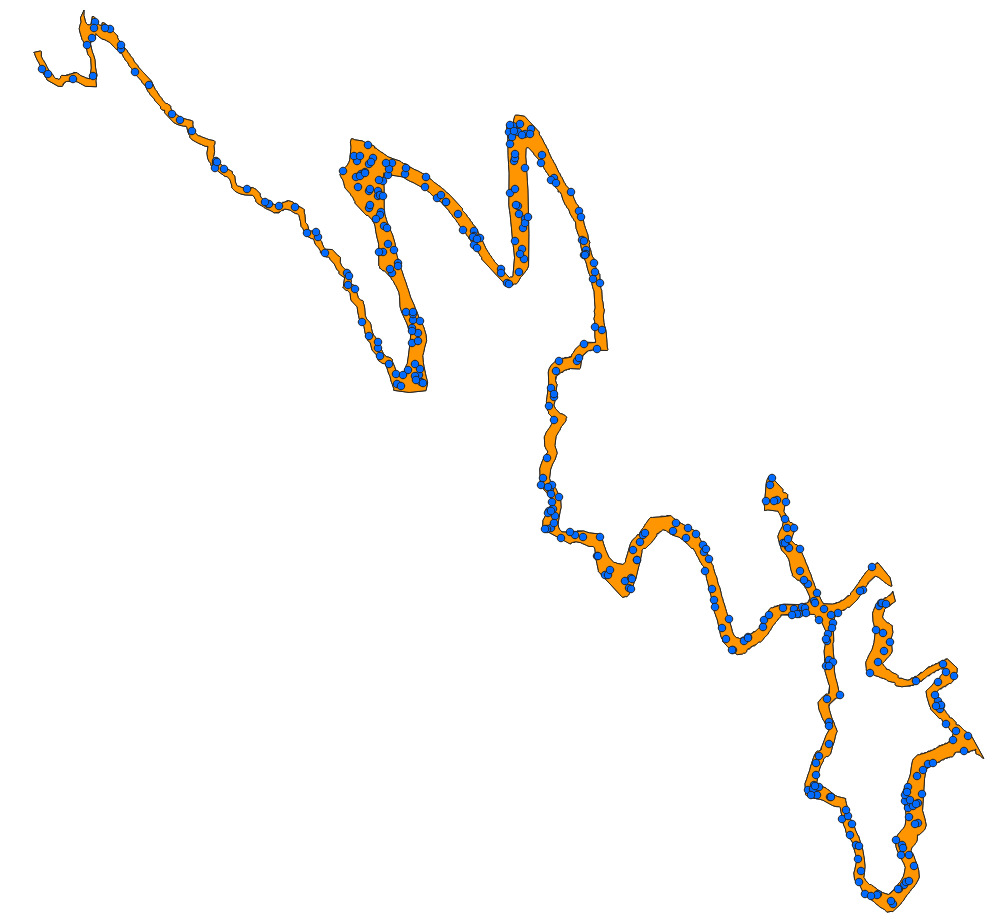