I'm in the process of amalgamating several sidewalk datasets which require updating. All data I intend to consolidate within my centerline is based off of older versions of the data, and is a single line. I got my hands on some external data that tracked a portion of my city's sidewalk infrastructure. I am hoping to pull some of the attributes from it and into my city wide dataset. 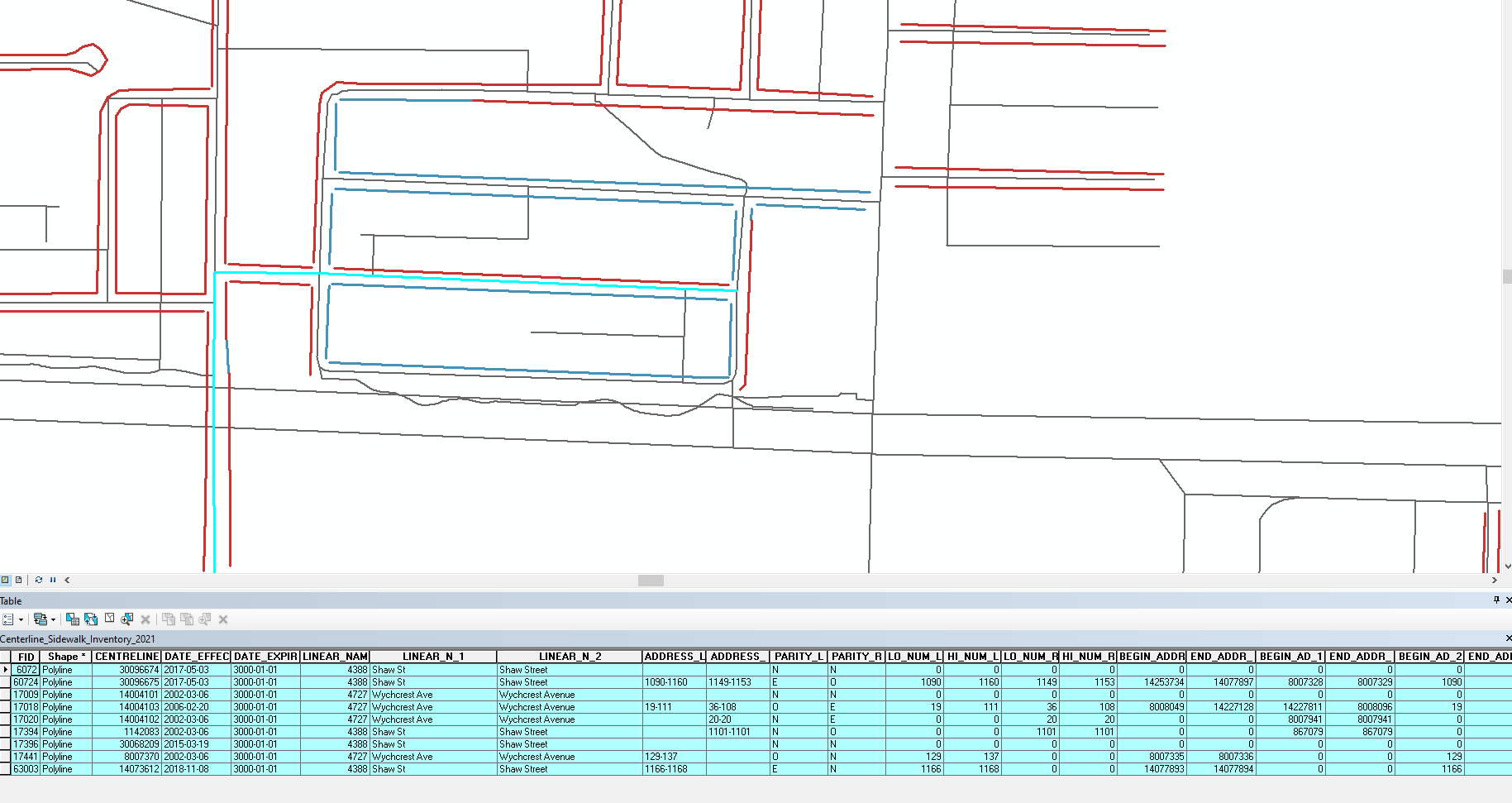 I created a buffered polygon of the centerline and then attempted a spatial join but found that in doing so, many segments from the sidewalk data get removed in favor of a single one, relative to the centerline segment itself it was nearest to.

Secondly, the sidewalk data segments carry their own unique attributes (So not dual lines with one attribute table row) which I am hoping to migrate over. If I can join the data successfully, I'm not sure how to accommodate data from two lines being accurately represented within the centerline.

Should I completely forgo the single line data and start from scratch with a dual line set?

We have some topological networks and other dual line type options...none of which relate to the centerline in any way.