I created a model using the ModelBuilder which requires three inputs: database, output coordinate system, TDM Network Source File (input shapefile). They show up as blank parameters in the model dialogue window, so any user of this model can select the path/file on their local computer when using this model tool. The final outputs are two feature classes in the database, they're also shown as model parameters because they will be inputs for other models later (nesting). 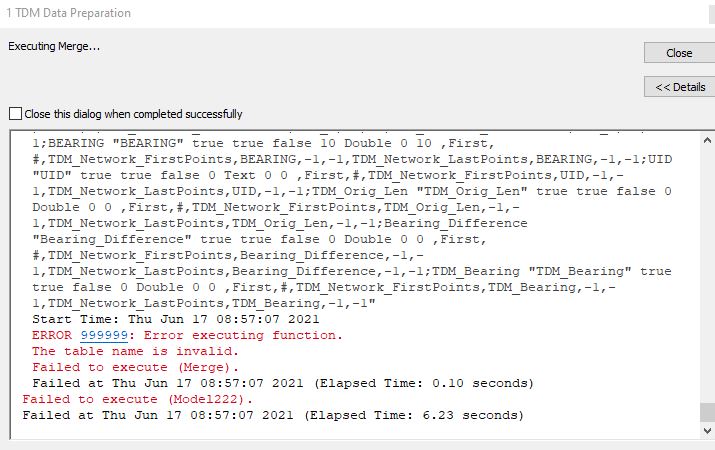 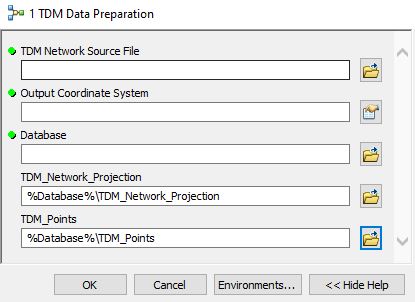 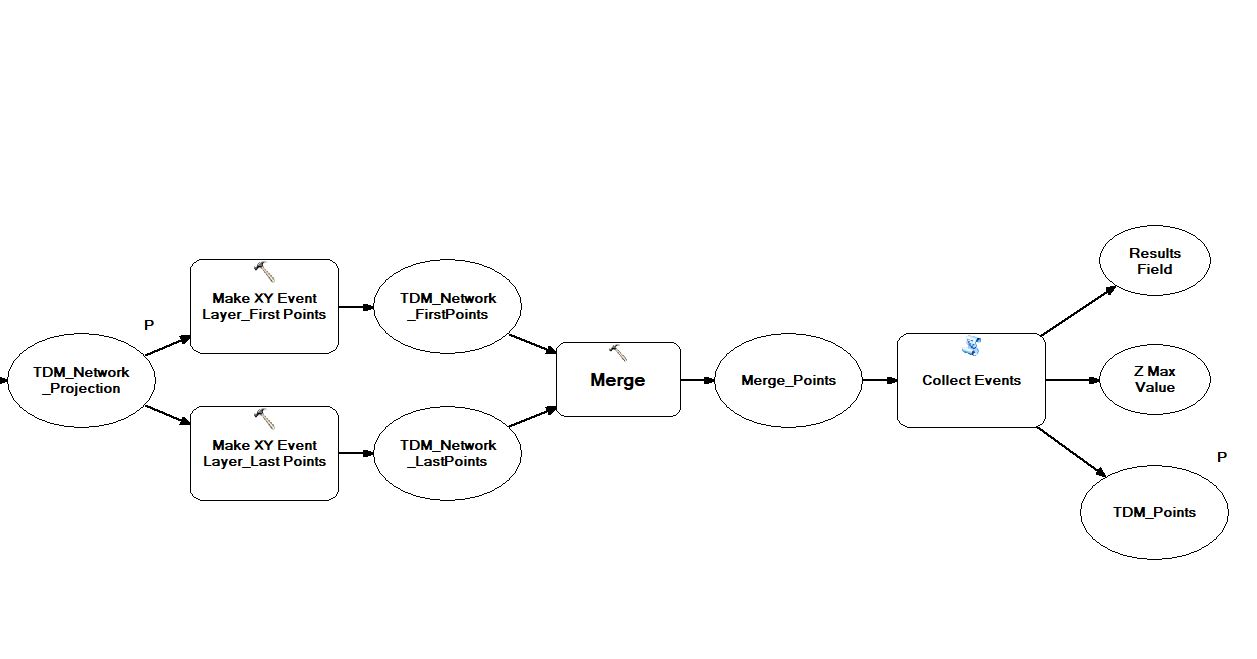 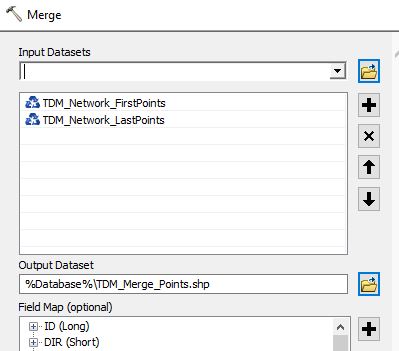 I have had problems with using event layers as input in geoprocessing tools in the past. One thing you could try is to save the event layers as feature classes (you can use in_memory and delete the temp fcs at the end)

Not the answer you're looking for? Browse other questions tagged arcgis-desktop arcmap modelbuilder merge error-999999 or ask your own question.