Inside buffer with attributes in ArcGIS?

How can I create buffers for polygons that:

An example of where this is useful is First Nation Traditional Territories. There are overlaps all over the place and it’s nigh on impossible to sort out which is which, unless we leverage colour and/or pattern. 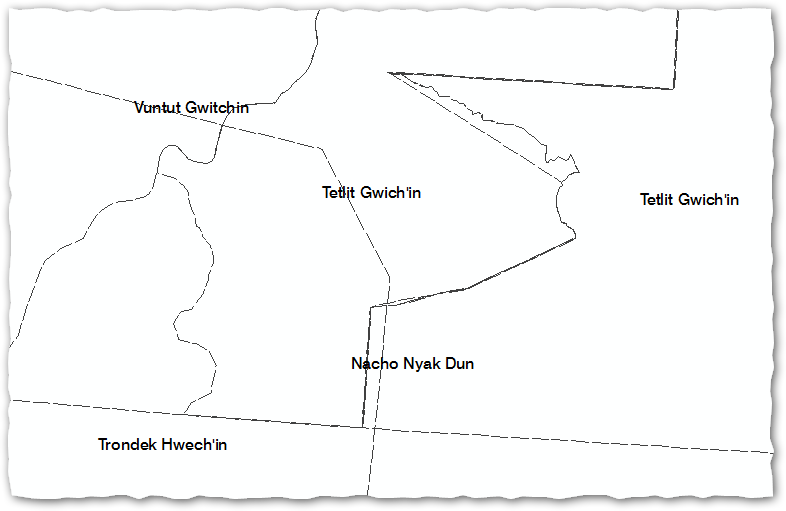 The Buffer Wizard is the usual way we’ve been creating buffers. It’s relatively fast and convenient and allows one to save the result in the .mxd as well as in the file system (the former means you don’t have to think about where to save it, and just get on with the job). Its major deficit though is that the buffers are dumb. They don’t know who they belong to or what their name is. In the example of FNTT, this means to draw Carcross Tagish FN differently from Teslin Tlingit Council and we have to create buffers twice, each time using selected features only. Suddenly no longer convenient. What is a better approach?

Use the Buffer Tool from the Analysis toolbox and enter a negative value for the buffer distance. Pick OUTSIDE_ONLY for the side type and then dissolve on the relevant attributes.

Once attributed buffers exist can we use Definition Queries to display only certain FN’s and/or show each one with a separate symbol all from a single feature class. 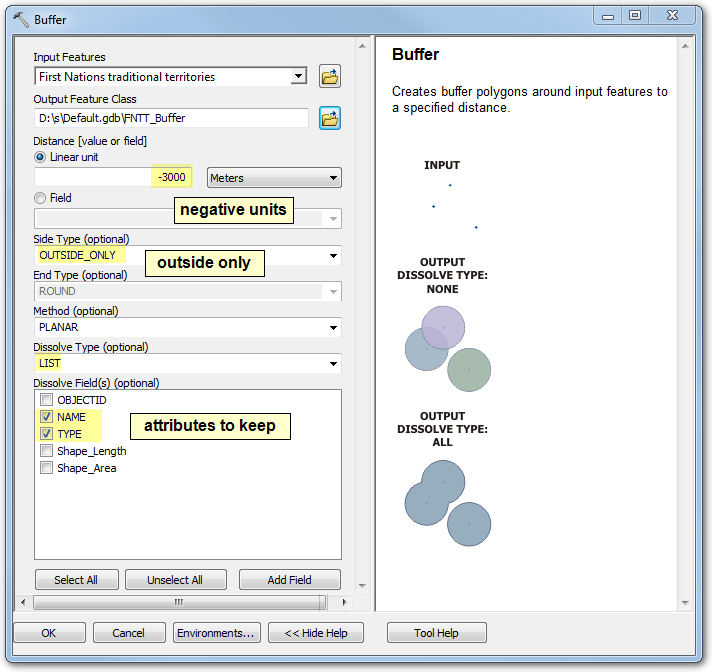 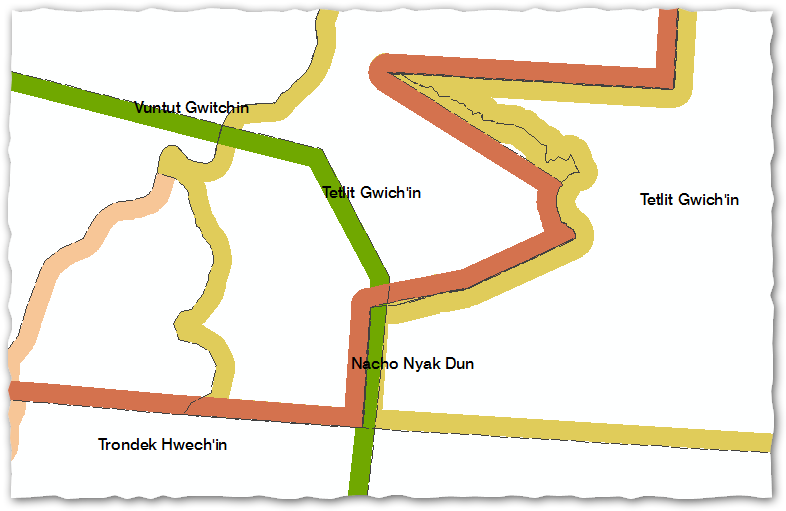 Not the answer you're looking for? Browse other questions tagged arcgis-desktop geoprocessing buffer or ask your own question.