In order to intersect a grid according to hundreds of communes, I used the graphical modeler in QGIS to automate the process.

I separated my district layer from the insee field to have as many layers as different districts: "separate the vector layer". Then I made an "intersection" of these communes in relation to a grid (mgrs grid).

I think it's due to the fact that I can't save my interesected communes in a file directory but only in one file but I have several input files from my "split" algorithm.

Do you have a solution so that I have for each commune, their intersection with the grid ?

Here is a screenshot of my model (up to the error) and the parameters obtained in my intersection algorithm : 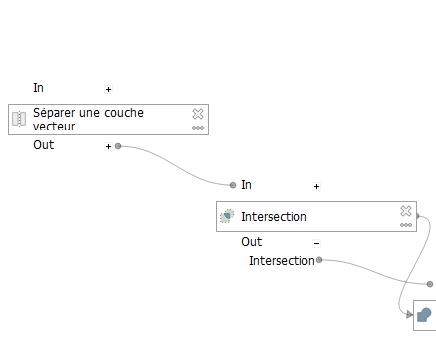 Parameters of the intersection algorithm : 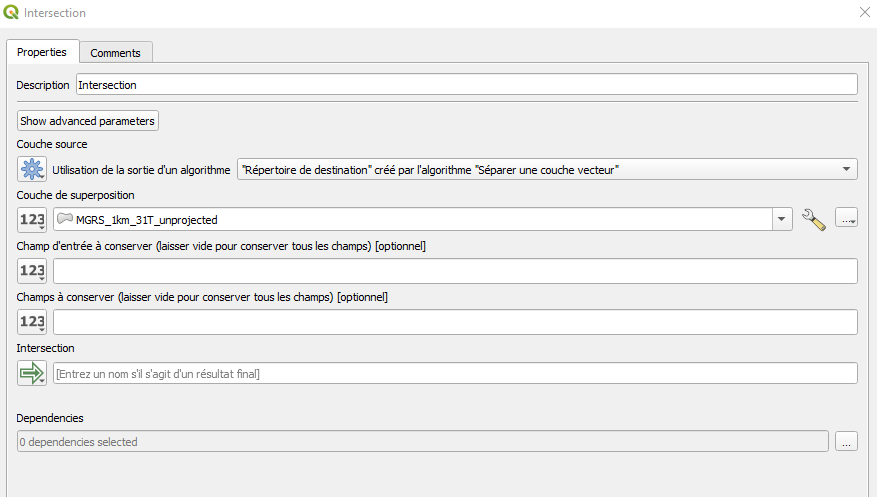 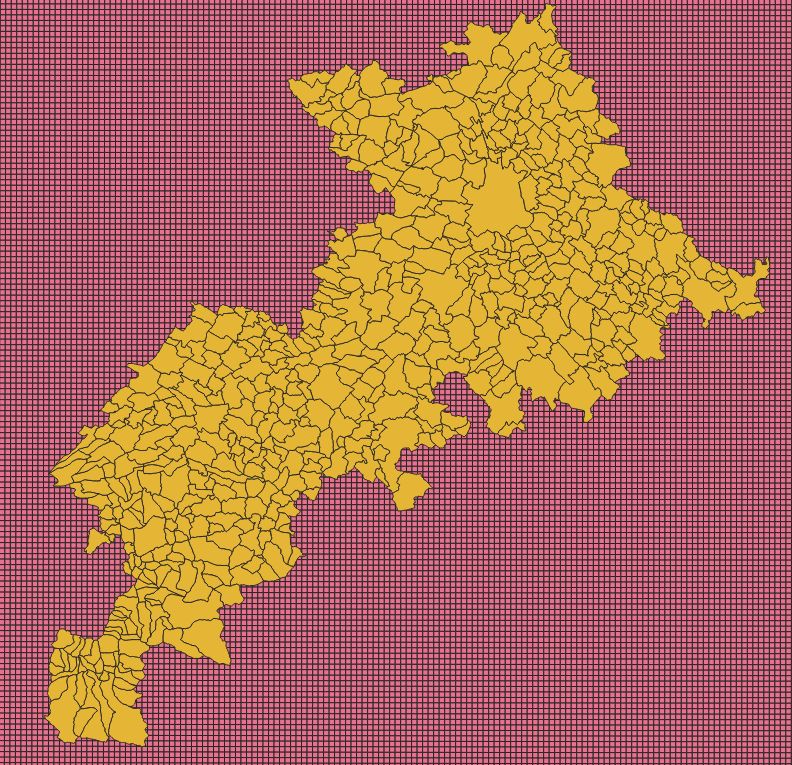 I would have this automatically for each commune : 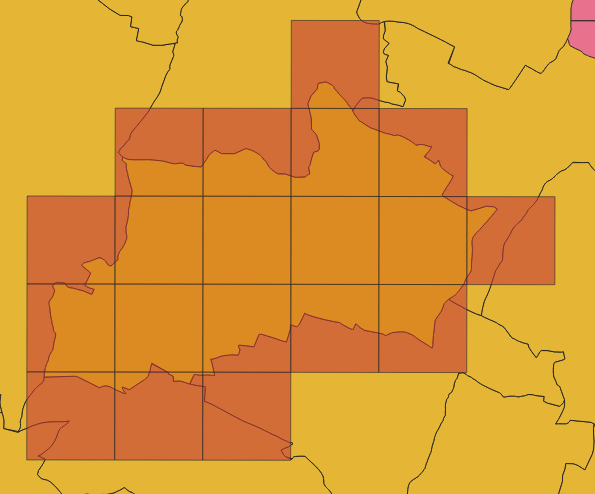 Create a model in the following format.

Point to note, I could not add SPLIT VECTOR to the model for some reason. So I had to first split the Commune Layer using a unique attribute ie Name. The split result is saved in a folder.

With the model created (you can save it), click run to execute it. Choose to RUN AS BATCH 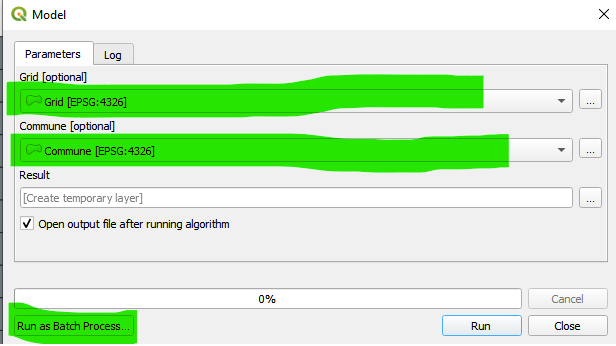 Next you need to load the data, for the COMMUNE select the directory/folder containing the split layers. This will load all the communes.

Then add the GRID to the first row and click Autofill -> Fill Down. This will populate the grid layer to all the necessary field. Next for the result click the button to choose a location, type Result_ and click save. An Autofill settings will pop up .

Select Fill with parameter values mode and Commune as Parameter to use. Click to Load layers on completion and click Run. This should produce the results of each commune's grid.