How to conditionally dissolve a vectorized layer?

I have a raster layer with the day of the year on which we observe temperature above 15 degrees. There are large differences (image below): 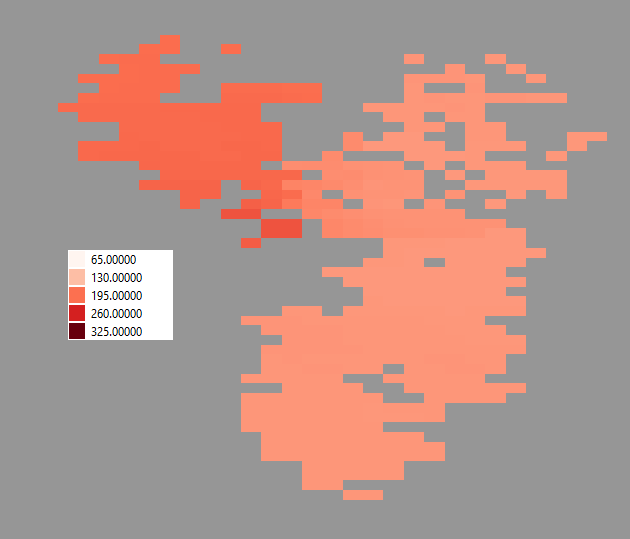 I have vectorized this layer based on the Band including the information on day of the year, and now I would like to dissolve these into two different polygons. 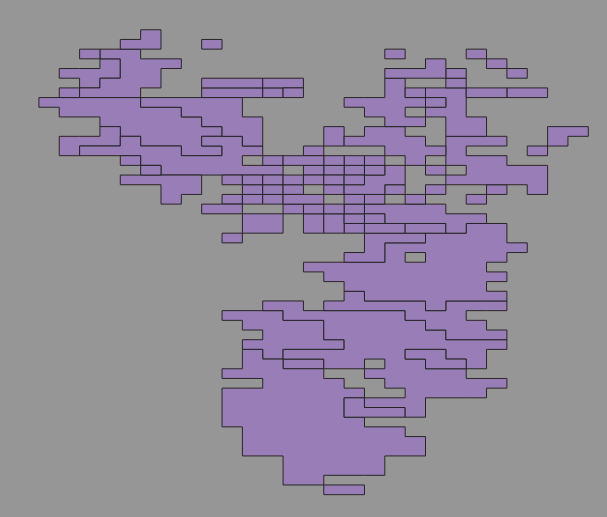 The two different areas, seen in the raster image, are adjacent to each other so they will never become two different polygons with the simple dissolve tool. However, the neighbouring pixels differ by more than 5 days, so I would like to dissolve these conditionally. More specifically, I would like to dissolve the individual vectorized pixel into one polygon if the neighbouring pixel does not differ with more than 5 days.

Is this possible in QGIS or eventually Python? If so, how?

According to Babel's comment, I potentially have to use aggregate. My data is relatively large - with lots of these "heat islands" ranging from day of the year 65 to 345.

How can I use an expression that allows me to aggregate neighbour pixels if their ("doy" < 5)? 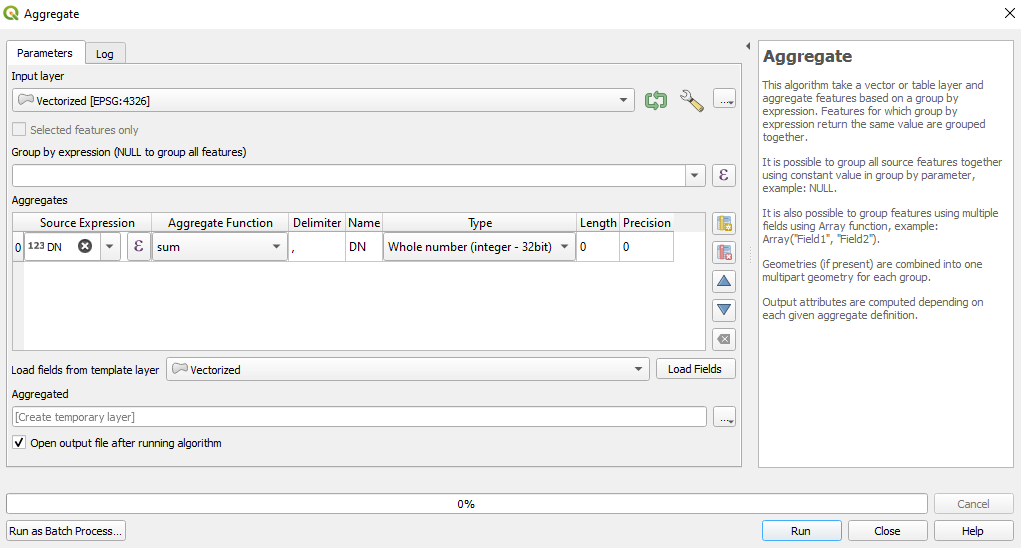 You can use Aggregate, based on an expression that categorizes your values. See my example of a grid with random values (field doy) for each cell from 1 to 20. I created four groups: 1 to 5, 6 to 10, 11 to 15, 16 to 20 with this expression - you can use it in the aggregate dialog:

Explanation: floor rounds a number downwards, thus you get integer numbers - the same for each value from 0 to 4 (as we want 1 to 5: doy-1:

Screenshot: cells grouped together/aggregated with the above expression: 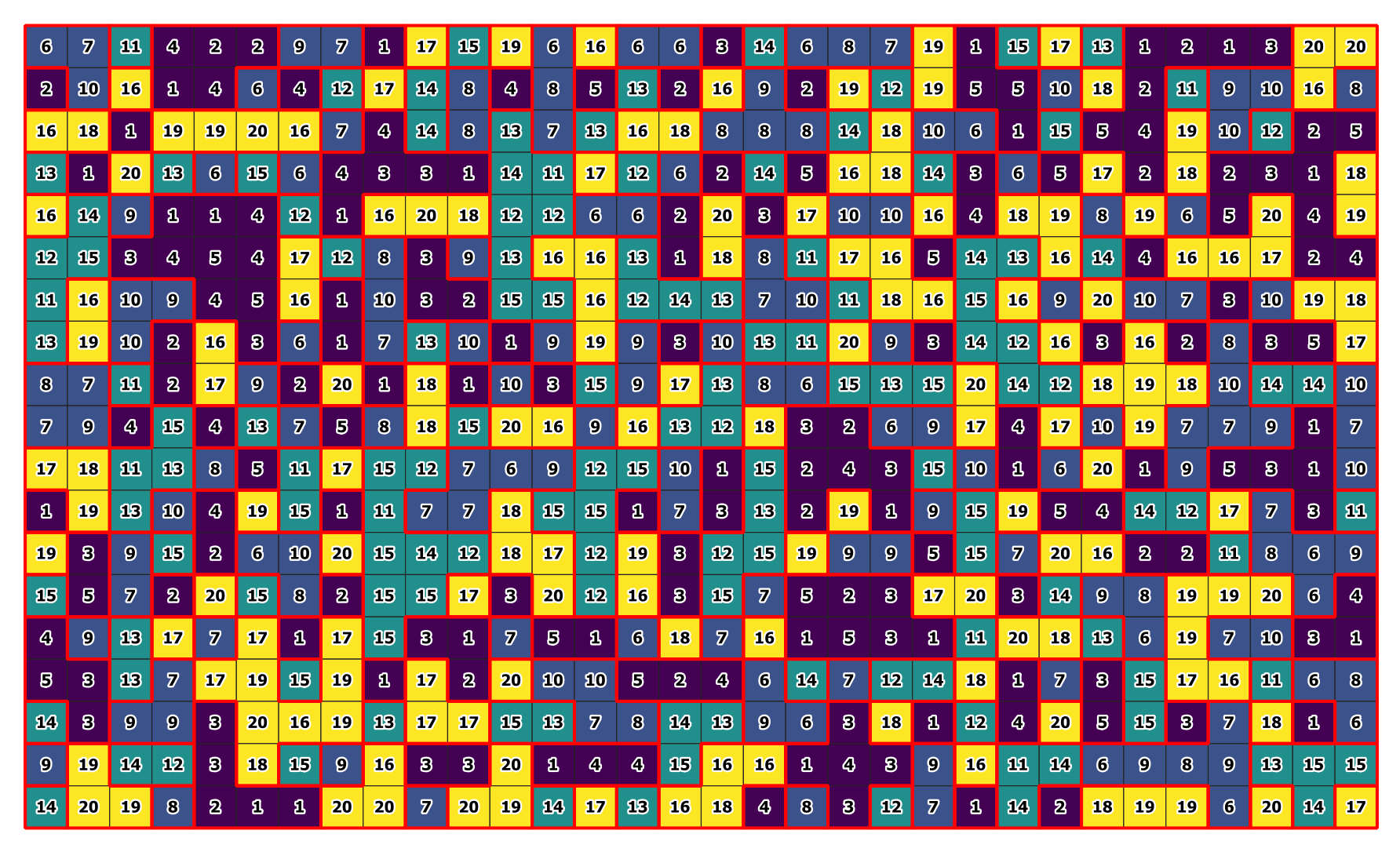 Not the answer you're looking for? Browse other questions tagged qgis raster vector dissolve conditional or ask your own question.

6
How to group polygons based on spatial proximity and field value?

1
Polygon dissolve in DB
3
Group adjacent polygons with similar (but not same) attributes
2
PostGIS: How to dissolve vector data
0
R: raster stack (time series) loop pixelwise and write layer number of value occurence into a single output layer
0
How do I aggregate multi-part features based on a field value?
3
Dissolve spatio temporal data with GeoPandas without missing the temporal part
1
GeoPandas dissolve using an attribute filter
6
How to group polygons based on spatial proximity and field value?