I am attempting to produce a density map by aggregating points over a hexagonal grid using a processing model as in a tutorial by Ujaval Gandhi (http://www.qgistutorials.com/en/docs/3/processing_graphical_modeler.html).

One problem that I am having is that when I am generating my grid the resulting hexbins are not covering all of my point data. I thought it must be a layer extent problem so I checked my base layer (polygon) extent and so it was, hexbins were only showing within the extent of the layer. So then I opted for my point layer instead and it seems to have improved, although I'm still missing hexbins in the north and west, indicated by the black symbols on the map below like so: 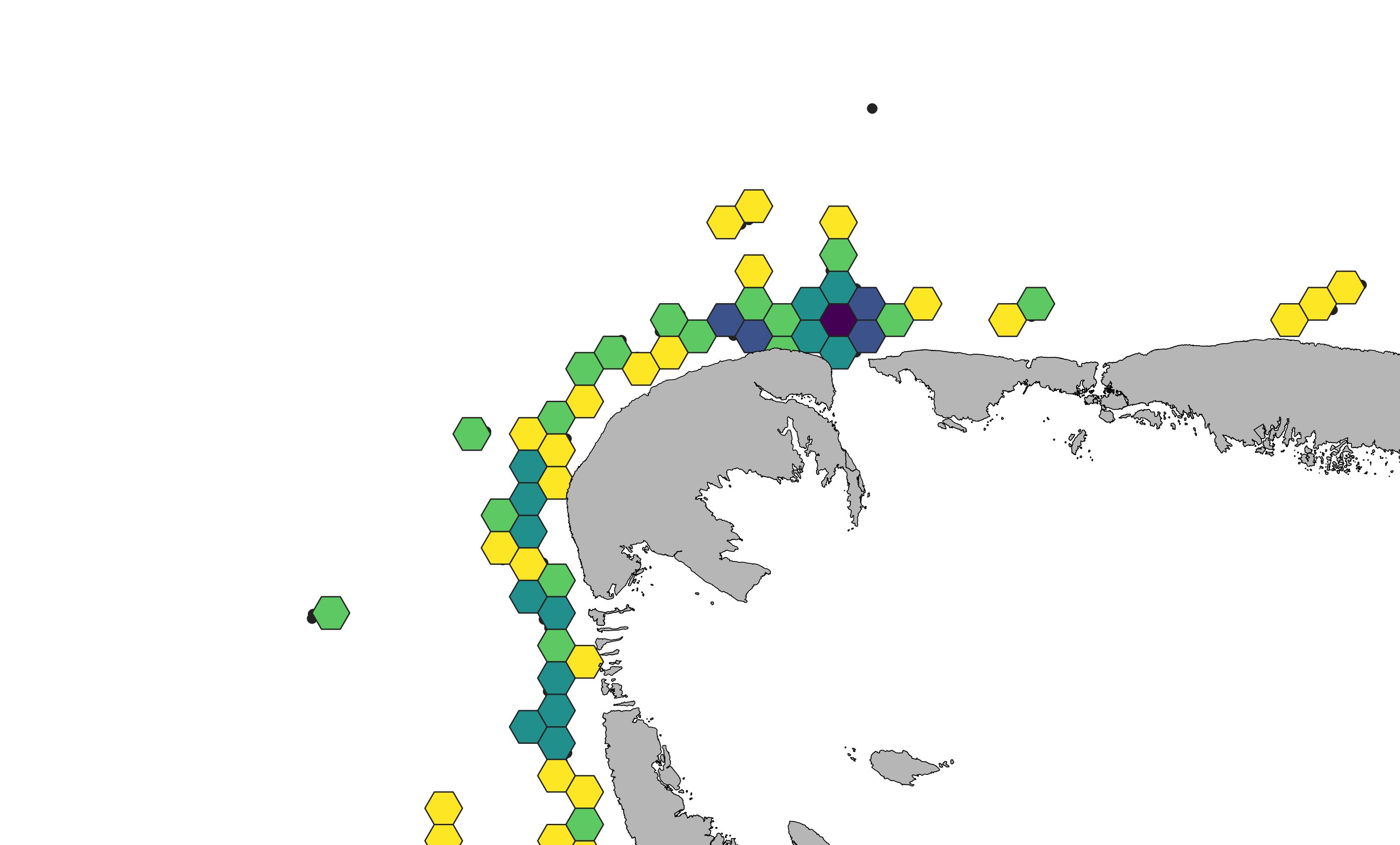 I wanted to test this manually by creating a grid outside of graphic modeler to see why this was happening.

Create grid -> Grid extent (Use layer extent of the point shapefile) -> Horizontal & Vertical spacing (500 m). This is the result: 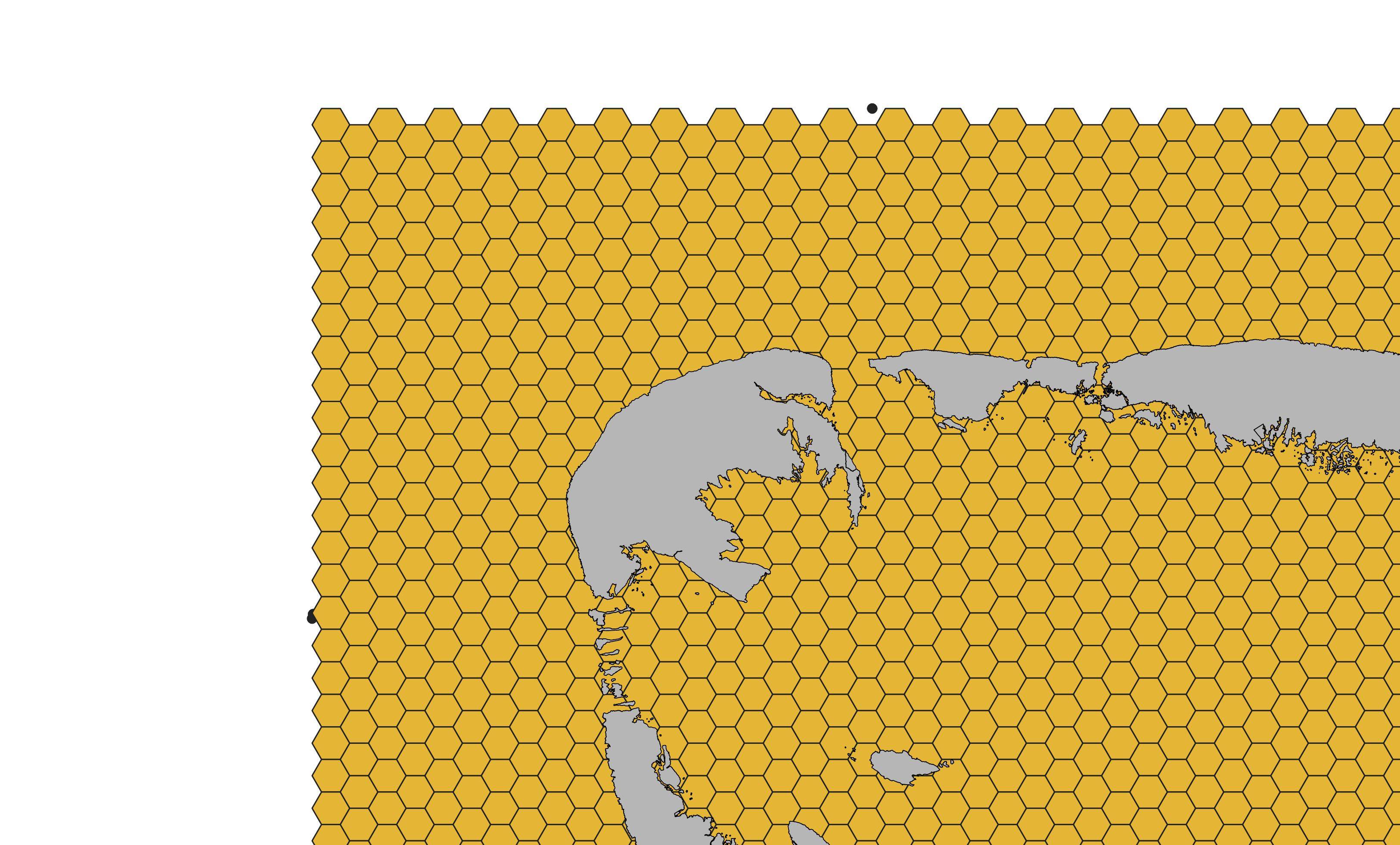 I don't understand why hexbins are not including the outermost coordinates from my point shapefile! What am I doing wrong? I would like to keep it within model processing and not have to repeat the process manually by creating grids each time.

All layers and project CRS are in WGS 84 / UTM zone 38S. Data are catch locations of fishes caught around an atoll.

You must add a buffer around the extent of your point layer to really cover all points with hexagons.

This has to do with the very shape of hexagons and the fact that not every column reaches up to the max. extent. There are empty spaces (half-hexagons) in the upper line. I created the grind in the screenshot with the extent of the red points. Than I added a point to the same layer (where the blue point is): as you can see, the max. extent does not change, so if you now create a grid, you'll get the exactly same result.

Screenshot: the blue point is inside the maximum extent, but not covered by the hex-grid: 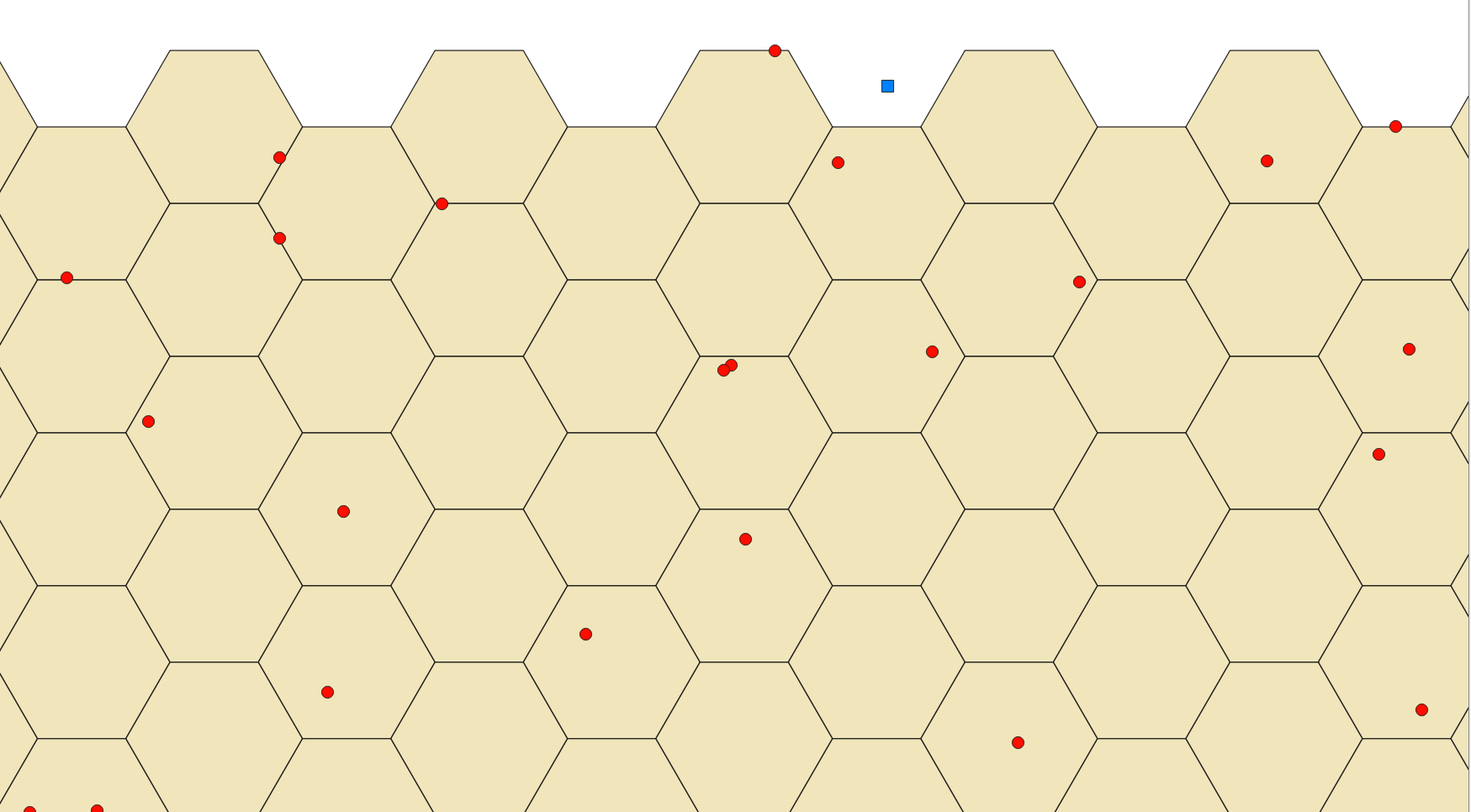 Screenshot 2: point layer (red dots), original grid (yellow), buffer (blue outline) around the extent of the point layer with a distance of half the grid-size. Create a grid based on the extent of this buffer (red hexagons). You see now that the blue point (upper left) is included: 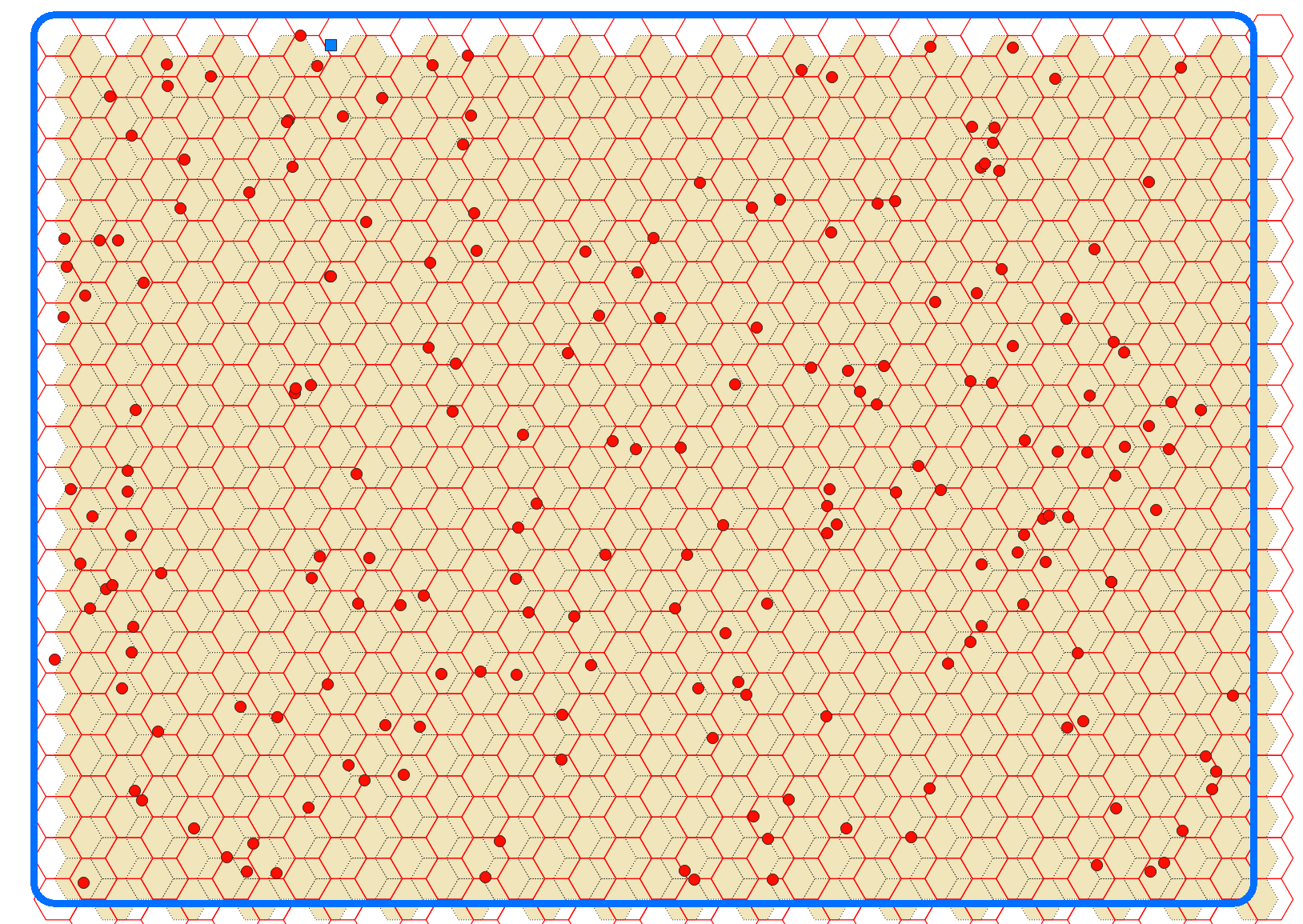 Not the answer you're looking for? Browse other questions tagged extents qgis-modeler density hexagonal-grid hexagon-binning or ask your own question.