Redistributing duplicated points inside the polygon

I have a point layer with real estate data, obtained after geocoding by addresses. In case of multi apartment housing all points with data for several apartments in one building has identical coordinates and are regarded by the "Topology Checker" as duplicated geometries. 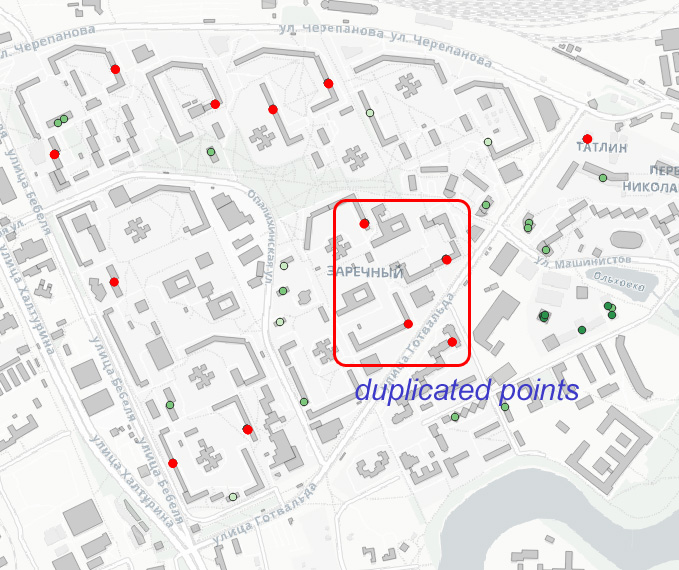 As soon as my intention is to get an interpolation of values associated with that points I can't just drop that duplicates, but need to redistribute points randomly within the boundaries of the underlying building polygon. Another possible way - random redistribution along the boundary line of a polygon. Like on my drawing. 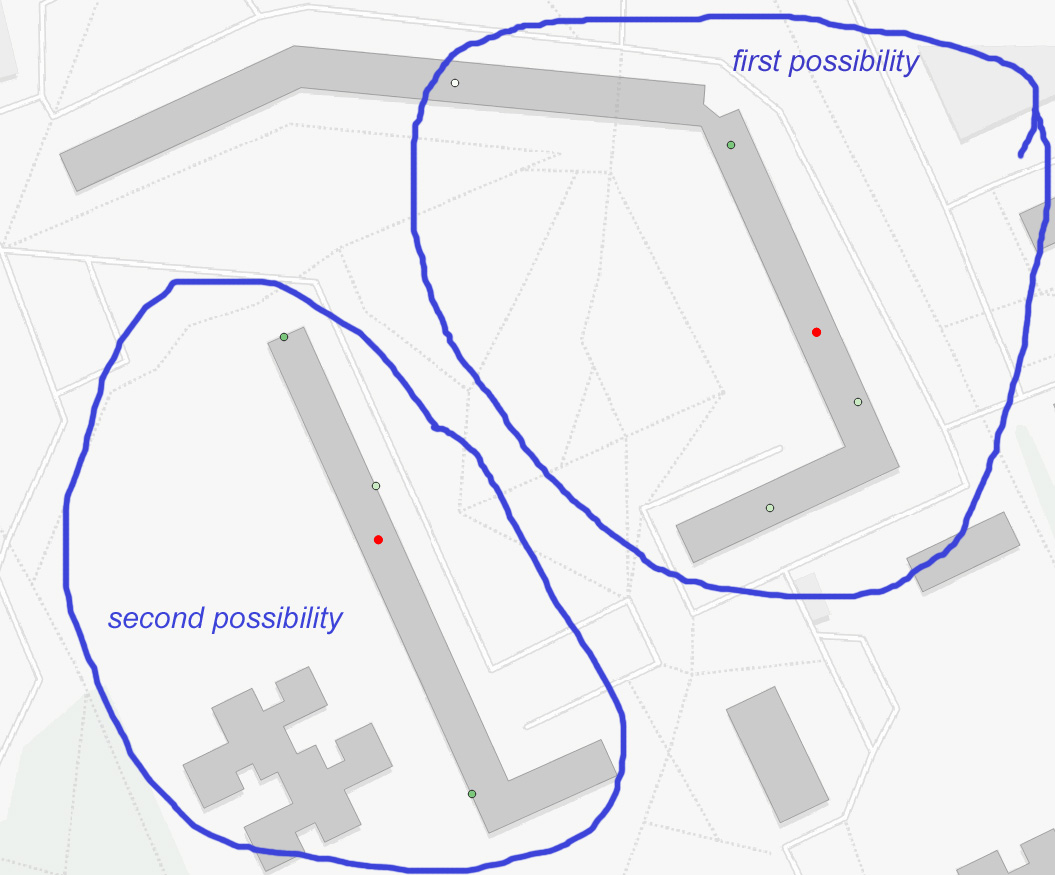 How can I do that?

If you have a PostgreSQL BD with PostGIS, you can do the following query :

Here is how you can do this using a PyQGIS script. Open the Python-Console, copy paste the code, change your settings at the top of the code and hit run. You can also cancel the execution via QGIS-Task-Manger (video showing how to use it) if you want to. See the example-GIF below. Comments in the script explain how it works.

Probably not as good as the approach offered by @MrXsquared, however, it does not require scripting and purely based on domestic tools&functions.

Let's assume we have five features in 'poly_test' (purplish) and ten in 'points' (orange) accordingly, see image below. As you can see there once in a while several point per same location.

Here are several steps that can be executed to achieve the desired output. 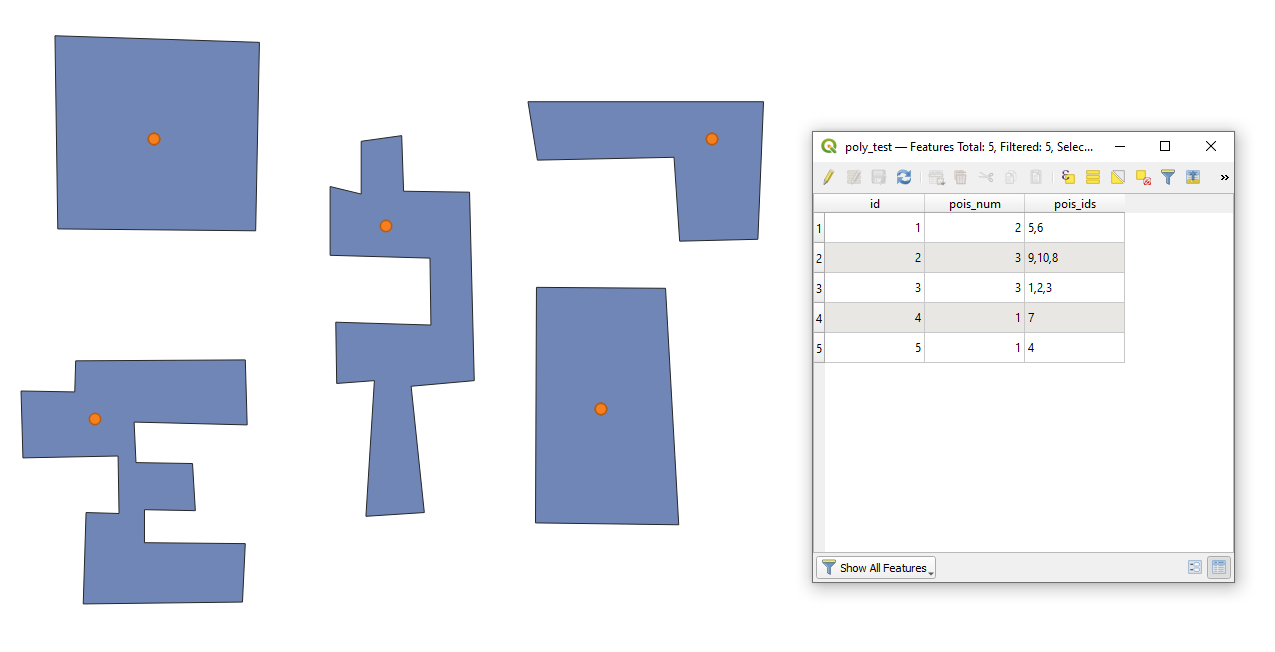 Step 2. Run the "Random points inside polygons" geolgorithm with specifying the "pois_num" field as one for 'Point count or density' (I used Points count for 'Sampling strategy') 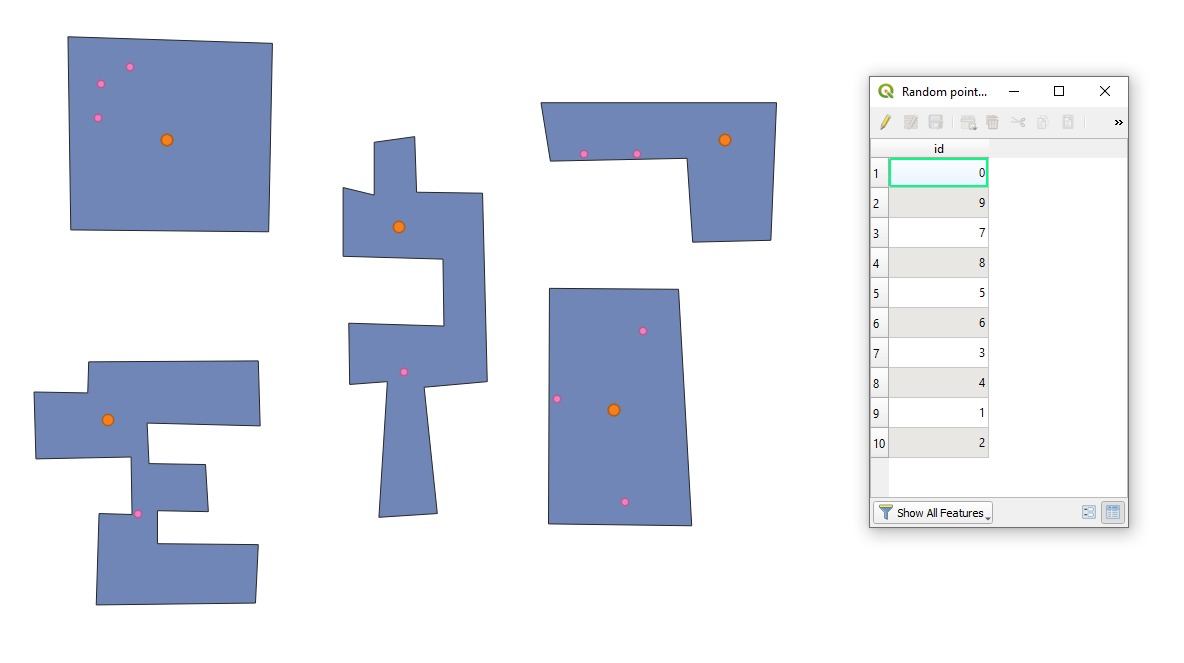 If needed filter split polygons into ones with only one point and ones that contain more than one point.

Step 3. Apply the "Join attributes by location" to get attributes of polygons

Step 4. "Add autoincremental field" to make a new "id" i.e. index within each group (a set of points and a polygon feature). Polygons' "_id" was used for 'Group values by [optional]'

P.S. If the procedure must be repeated multiple times then the above workflow recommended to transform into a model

Unfortunately it does not create a new point on surface for each point feature. The same will be expected using the "Point on surface" geoalgorithm. 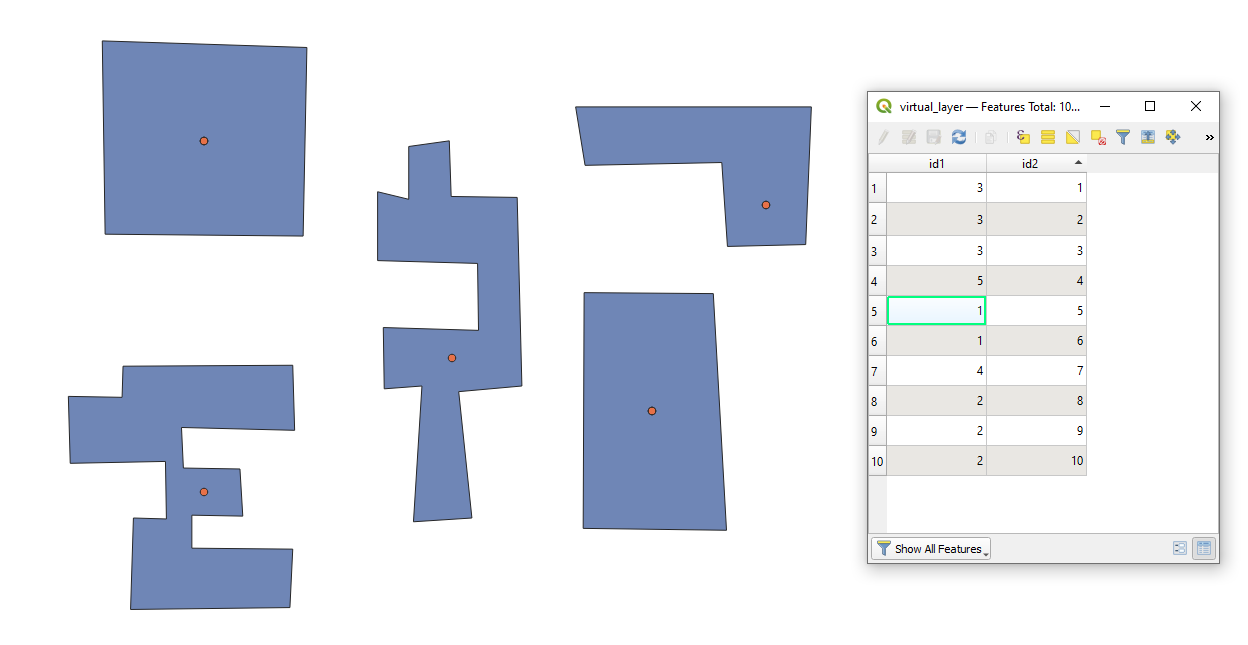 Not the answer you're looking for? Browse other questions tagged qgis-3 point topology duplication redistribution or ask your own question.

9
Re-locating points randomly at certain distance in QGIS
4
Creating n randomly distributed points within given (multi)polygon with PyQGIS?
5
Connecting number parameter to Field Calculator in QGIS Modeler
5
QGIS: Use of a model output in the same model as a layer in the field calculator formula