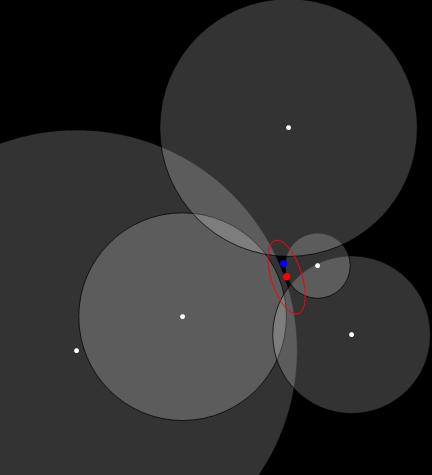 I just tried the following algorithm for 3D distances (and therefore, it should work as well for 2D distances). It is not an exact model, but an iterative one that gets very close to the true answer after only something like 10 iterations.

I haven't tested its performance against an exact approach, and so, as far as I know, it could be less performant than such a solution. I thought I'd share it nonetheless.

16
What algorithm should I use for wifi geolocation?
36
Best GIS system for high performance web application - PostGIS vs MongoDB
5
Weighting amount of overlapping polygons in postgis
0
Will two GNSS modules displace by the same amount?