I have encountered a problem that I thought would be much more simple than I see it actually is, and conventional clipping did not work.

I have the following grid layer with different values of a field in each varying-sized cell: 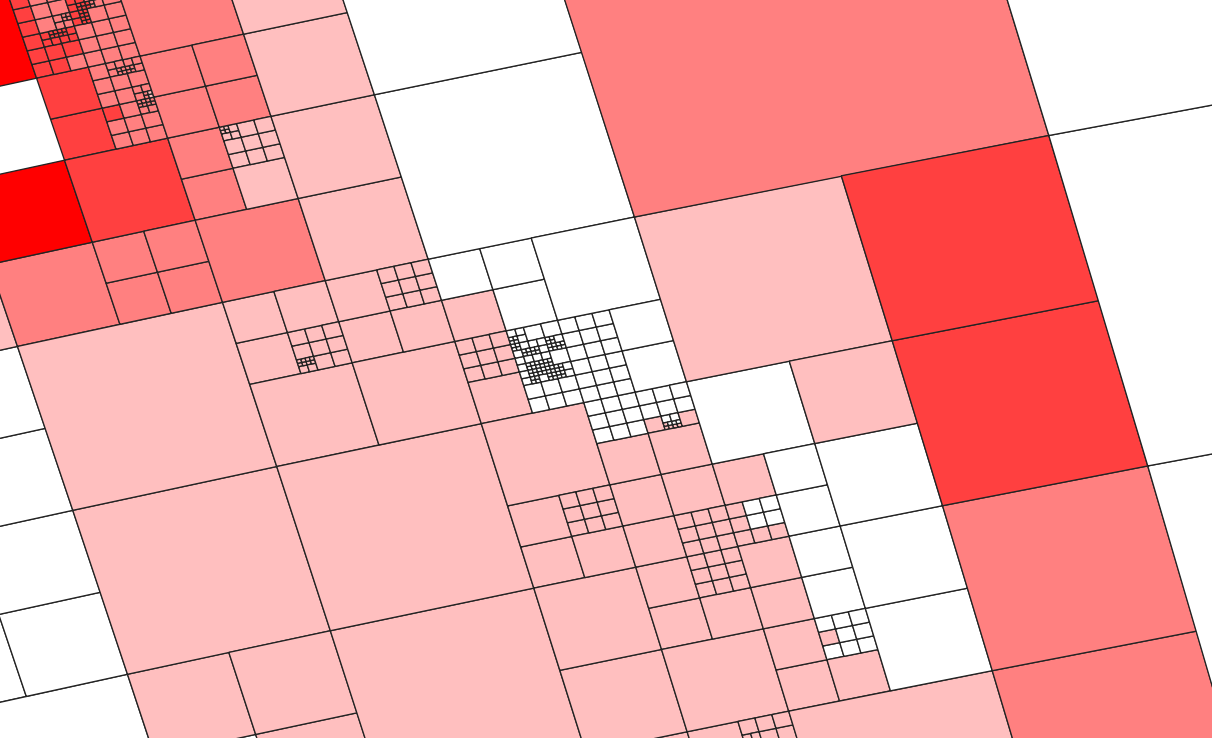 I want to fit these values into the following census group polygons for a certain county: 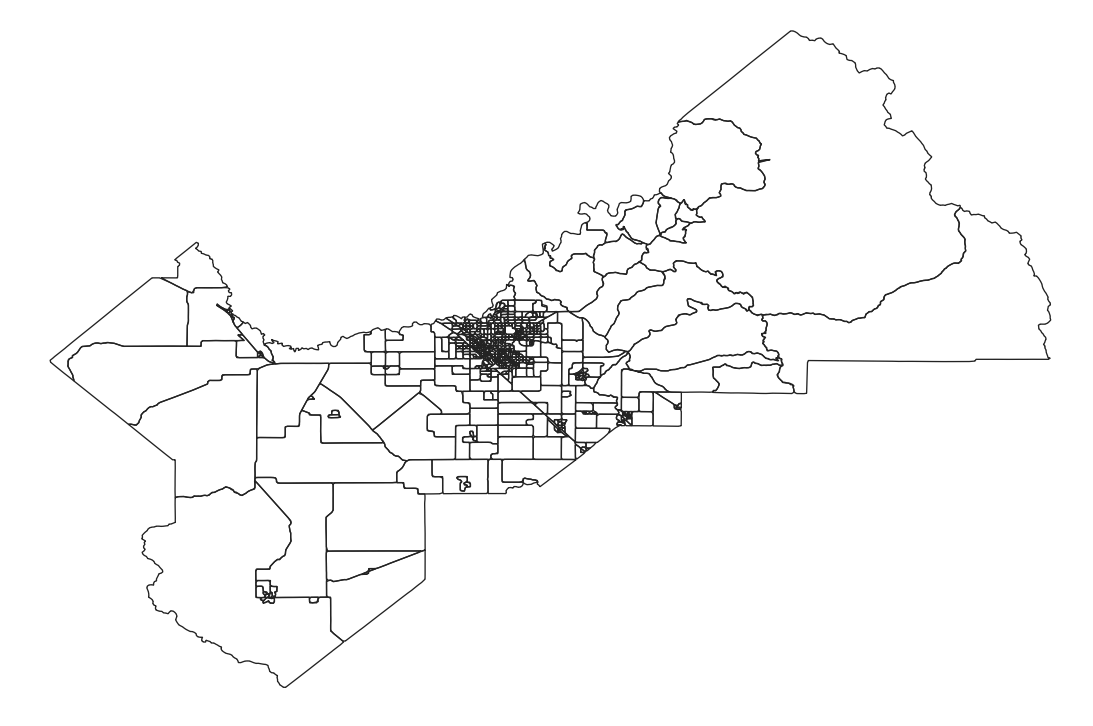 This of course becomes a challenge since some block groups are completely contained within the cells and some overlap between multiple cells. I am trying to find the best way to "distribute" the values in the cells to the block group polygons. My best guess is that this distribution should be weighted by area, such that if three block groups cross into a cell, the value of the cells will be distributed between the block groups proportional to the area of each of these block groups. I think this would be called area-weighted interpolation.

Can this be done simply in QGIS?

When I tried clipping, with the cells as my input layer and the block groups as my overlay layer, I got this, which is not what I want: 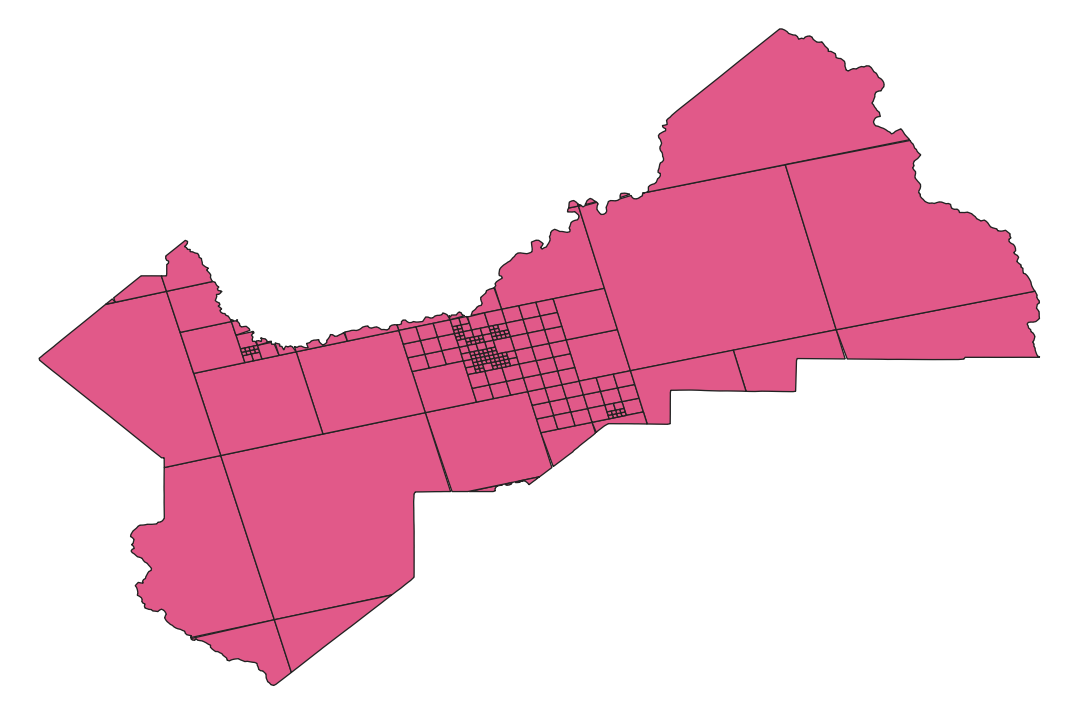 In the groups layer, compute a new field with the following expression:

The expression searches the features in the cells layer for those whose geometry intersects each geometry in the block layer.
On the features found, the value that it contributes is computed, weighed by the proportion of the intersection area on the area of the original (blocks group) geometry. Finally, it groups all the features found by applying and returning the sum function to the previous expression as an attribute.

The 'clip' operation you have done above will give you an output of the cells geometry part, which is within the block group. BUt it will also aggregate the clipped features. Use an 'intersect' instead which will maintain the geometry records. This output will have an area. If you compare this to the original area, this will give you the area ratio. eg: Original area = 100, intersected area = 75.... Therefore weighted value = 0.75

So the approach I would take is:

You now have your weighted value.

Not the answer you're looking for? Browse other questions tagged qgis polygon clip interpolation area or ask your own question.

5
Area-weighted rasterising of polygon data
1
Cutting Census Block Data to a Study Area
5
Area-weighted average raster values within each SpatialPolygonsDataFrame polygon (R)
0
Weighted average of areas within zones
2
Calculating area-weighted mean of a raster in QGIS
0
Unable to intersect polygons in R even though CRS matches?
4
Allocating line values that intersect with polygons