When I try to install datacube-explorer v2.5.4 after extract it to a directory, enter the directory, and pip install . I have this error 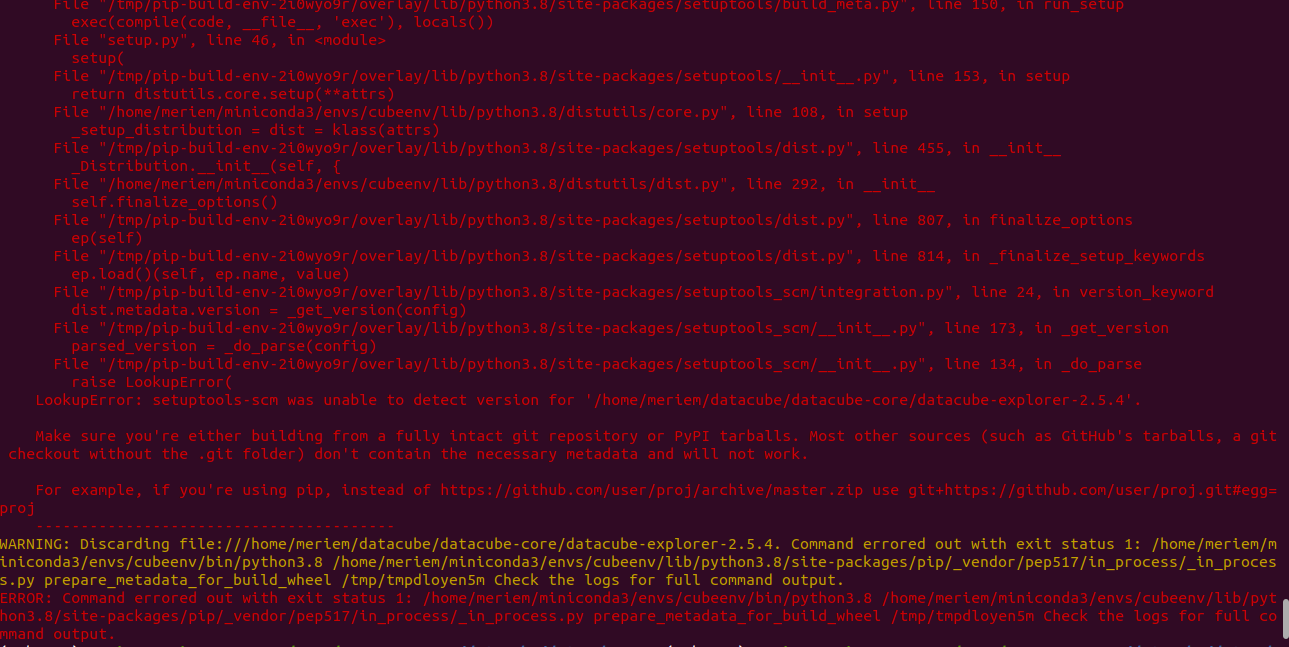 The information it's showing in the error message is correct:

Make sure you're either building from a fully intact git repository or PyPI tarballs. Most other sources (such as GitHub's tarballs, a git checkout without the .git folder) don't contain the necessary metadata and will not work.

It currently needs to be installed via a Git checkout rather than a tarball due to our usage of setuptools-scm, which reads the version information from Git on install.

(we should probably make this more obvious in the readme. We do plan to push it to PyPi eventually to make install even easier)

Not the answer you're looking for? Browse other questions tagged open-data-cube or ask your own question.