Appending field from one layer into a different layer in QGIS

In the 'All data shapefile' layer I have a column named 'ID' which gives a unique number ID for each datapoint, however I added this column after creating 'Y_data', so the latter layer does not have the ID column.

How do I append the 'ID' column into the 'Y_data' layer, ensuring that each data point will have the same ID in both layers (i.e. each data point is given its correct ID as determined by 'All data shapefile')?

When I try to use 'Join', the pictures indicate what I end up with in my 'Y_data' attribute table: 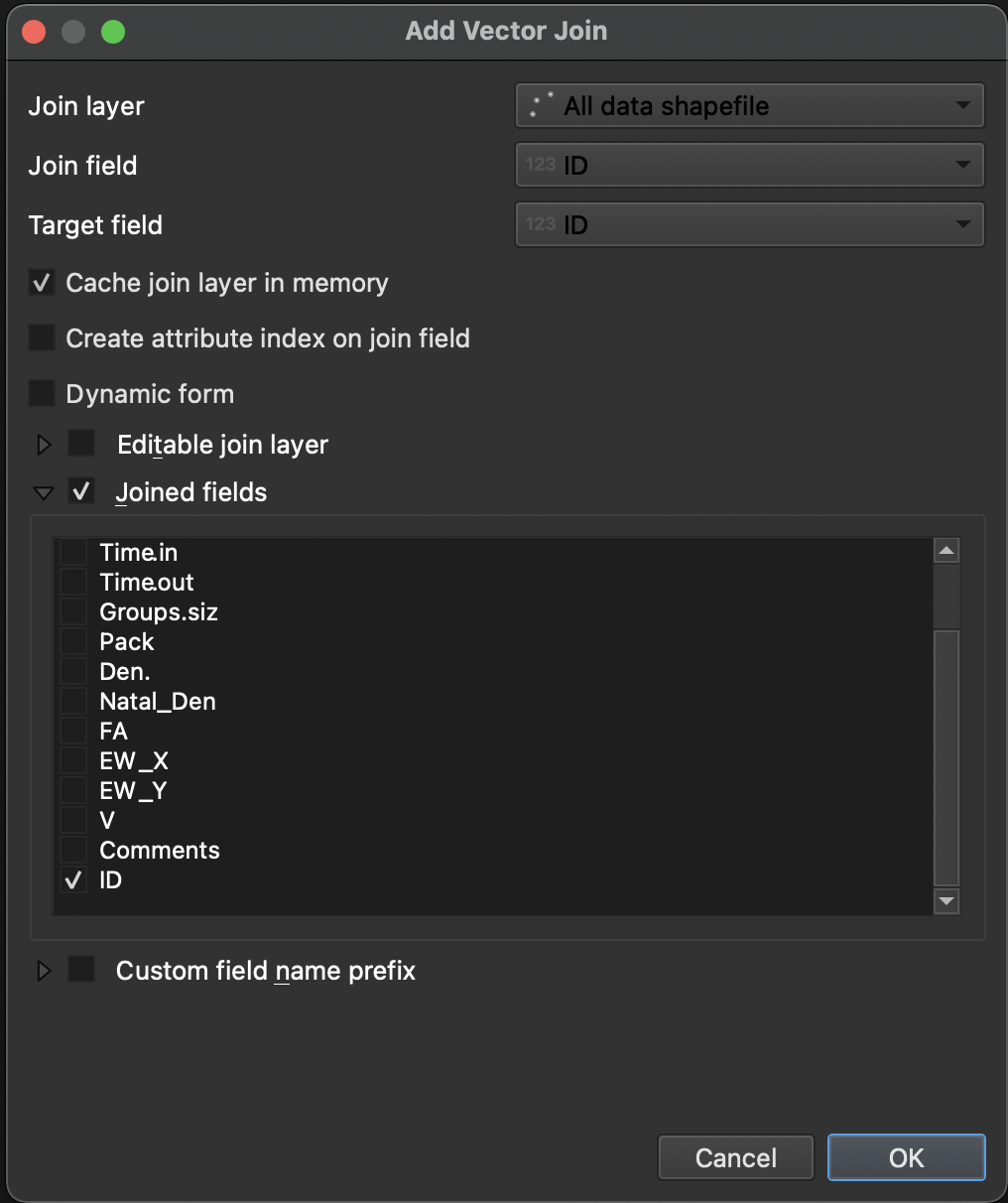 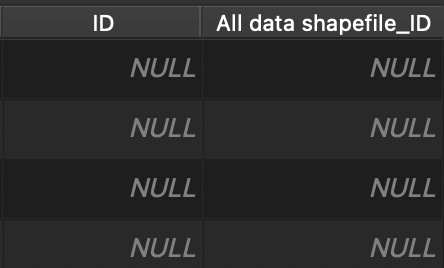 Version A: Join attributes by location

Use Menu Processing / Toolbox / Join attributes by location. Settings to make (red highlighted on the screenshot):

Optional settings (yellow on the screenshot): 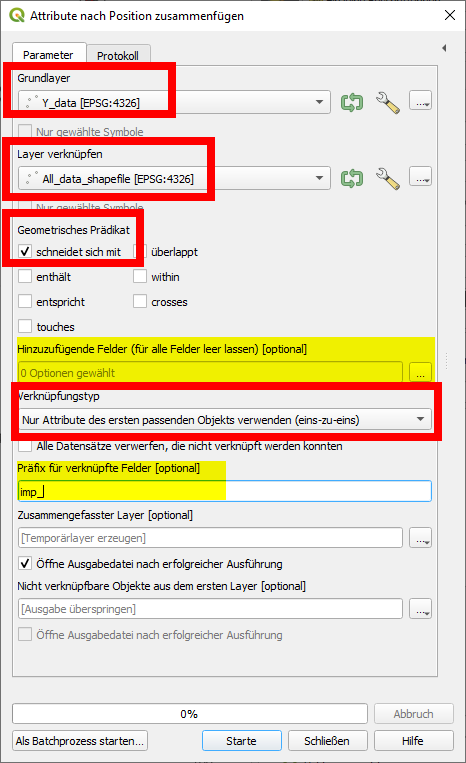 You could also create a new field with field calculator on the layer Y_data and this expression:

Not the answer you're looking for? Browse other questions tagged qgis layers attribute-table attribute-joins unique-id or ask your own question.

7
FME: Join attributes in text file with attributes in shapefile
0
Diverse values to one field for soil analysis
4
Creating regular point layer within several buffers using QGIS?
4
Filling a field in a layer using a spatial relation with another layer/shapefile?
1
Pyqgis: How to take output from Qgs.ZonalStatistics and join by ID with point layer
3
One-to-Many Spatial Join in QGIS
3
Loading and appending new data (in X,Y format) to existing layer using QGIS
5
Count values from another layer based on value of current feature
1
How to attribute each datapoint to a specific buffer ID