And so what I want to do is take my points layer, each with its own assigned cooling intensity value and B coefficient in the attribute table, and then apply my decay equation to each point, and produce a raster layer that shows the cooling intensity decay for all green space points.

Any GIS should be able to do this. Simply compute Euclidean distance (ED) to your parks and use raster calculator:

which says, use a if distance is greater than zero, otherwise use formula. You might need additional expression to convert negatives to 0. 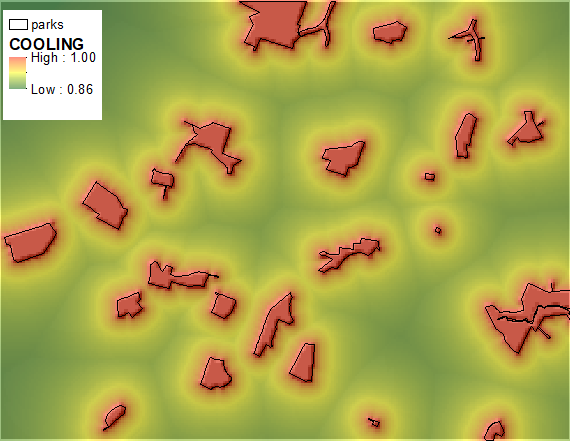 You cannot accumulate park effects, it might very well result in higher cooling (>a) outside parks than inside.

Not the answer you're looking for? Browse other questions tagged qgis raster point interpolation or ask your own question.