I am very new to GIS and have only just started learning ArcGIS Pro. I have some satellite images that I have processed using a program called ACOLITE which outputs a NetCDF file.

I am trying to use the "Make NetCDF Raster Layer" tool in ArcGIS. However, the layer is showing up in the wrong place (the westernmost pixel is placed on the prime meridian and the southernmost pixel is placed on the equator). Under layer properties, it says "Unknown Coordinate System". I was able to view the NetCDF metadata in R and it looks like the projection should be UTM WGS84 Zone 11. So, I tried changing the map's projection to UTM WGS84 Zone 11, but the layer seems to just be shifted into the middle of the zone, still not in the right place.

Screenshot of the file: 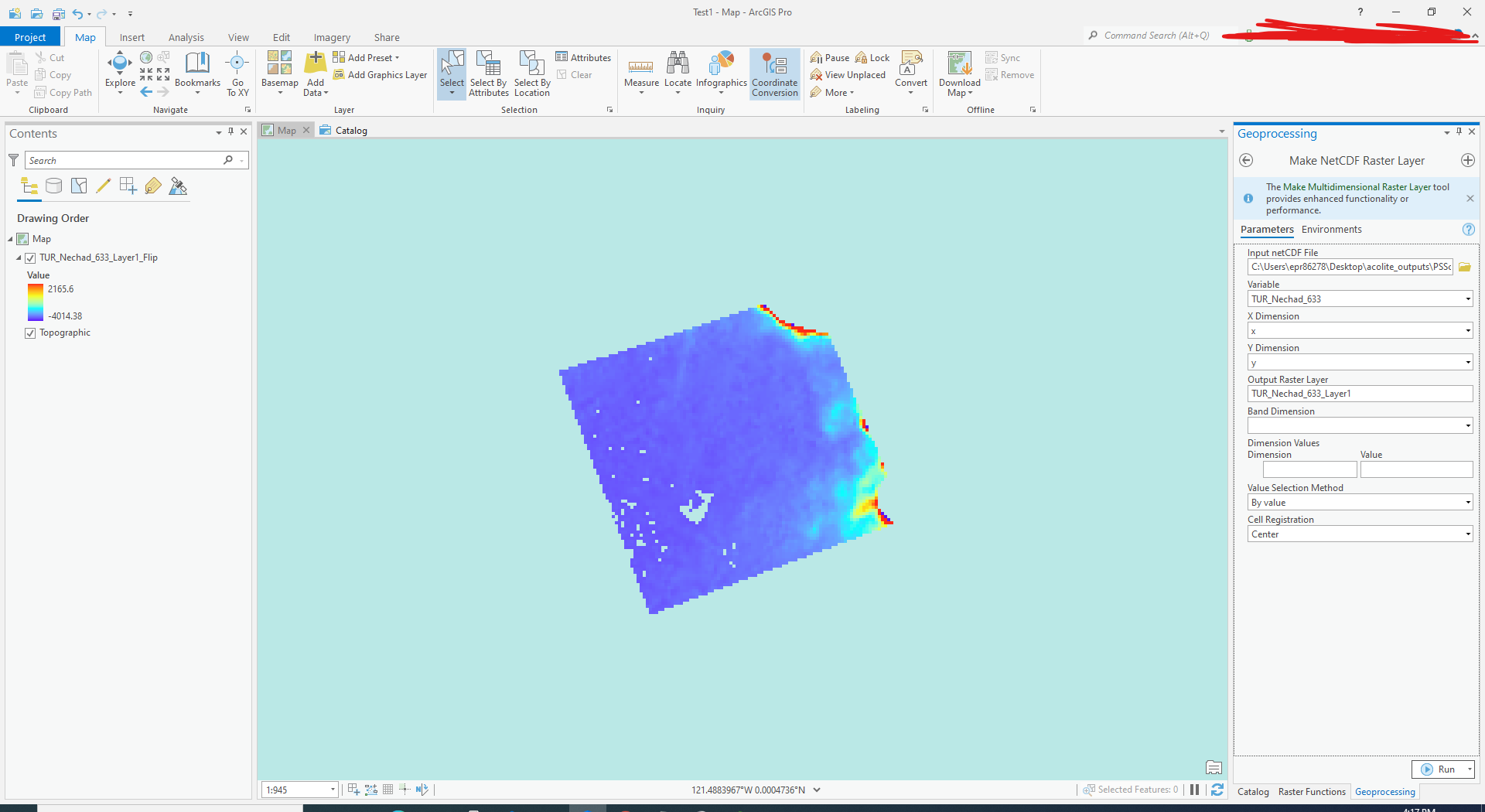 bloooo6bloooo6
111 bronze badge
New contributor
bloooo6 is a new contributor to this site. Take care in asking for clarification, commenting, and answering. Check out our Code of Conduct.
2
Add a comment  |

3
Ordnance Survey data to WGS-84
9
Longitudinal Issues with NetCDF data
0
Buffer in QGIS/R is 650-670 m wide instead of 500 m
3
Shapefiles from Nationalgrid without a .prj file - what projection are they in?
1
Transforming and Projecting Shapefiles in R & ArcGIS for Desktop?
3
Configuring Project CRS to reflect degree coordinates
3
Projection with GCS unknown datum