I have a line layer with lines potentially having multiple vertices (aside from start and end point) and I need the concerned features to be split at the vertex.

The explodelines algorithm does this but it creates a new layer. I need imperatively to edit my input layer as opposed to create a new one. I can't also create a new .shp layer and work with that one instead since I need to run a bunch of operations on it.

So far I've found these two threads Building a QGIS 3.10 script without an output layer and Modify the input layer when using processing algorithms from the console but I can't find a solution in neither.

If there's somehow a way to directly edit input layer directly using processing algorithms that would be the best case scenario as a lot of operations are covered by readily available algorithms already.

You can run Processing algorithms to edit input features in-place (that is, to modify the INPUT layer instead of modifying a copy) in this way:

Some of the processing scripts you can use "in place" just press the inplace button. Explode lines is one of them. There will no new layer produced. 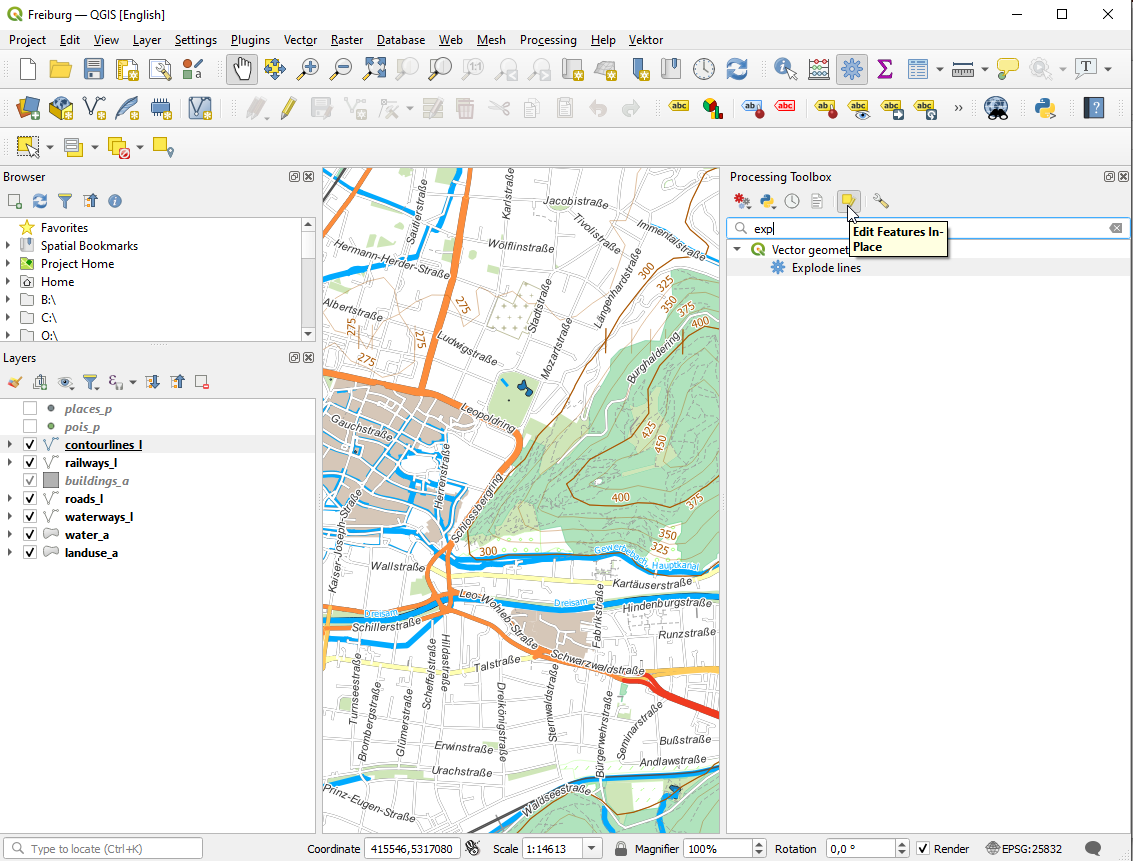 3
Modify the input layer when using processing algorithms from the console
14
What is the new alglist and alghelp in QGIS 3.0 Processing?
6
In-place modification from Python
5
Building a QGIS 3.10 script without an output layer