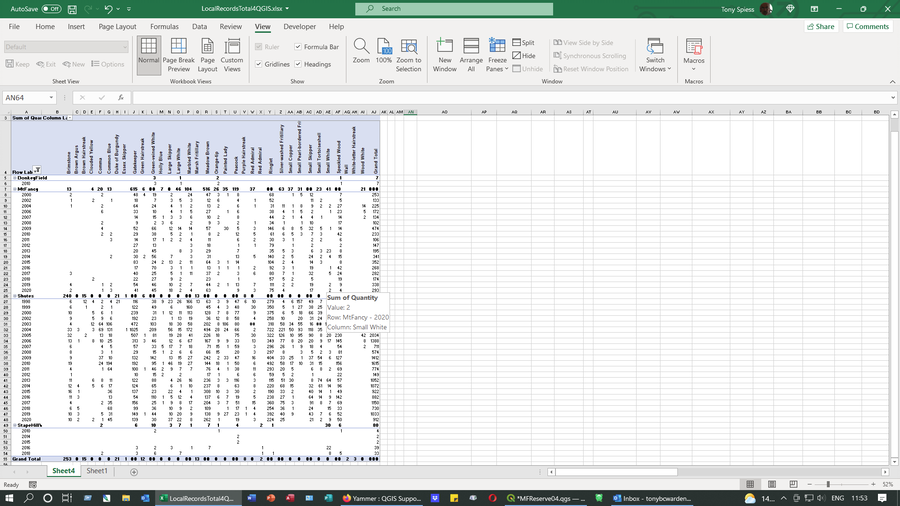 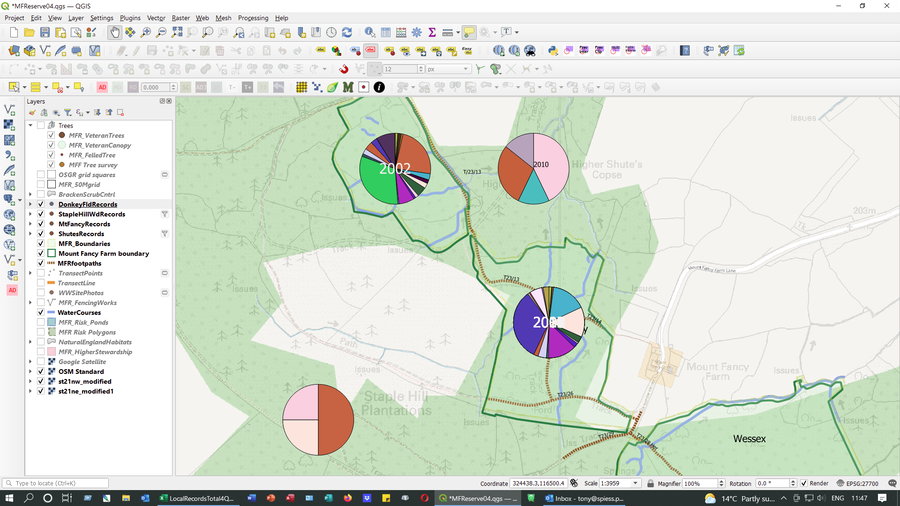 As can be seen. The records for a species x year can range from 1 - 6000. The four points have total all species by year records that range from 4 - 2000 say. The pies produced do not reflect this disparity in quantities.

It should be possible to scale the size of the pie relative to the records held.

Eventually I plan to have a rolling display of the pies charts by selected record years, perhaps using TimeManager plugin.

Click on the size tab and select a field (or define an expression) that contains the value you want to use for the size of the pies (see last screenshot below).

If you have large discrepancies between smallest and largest circle, you have at least two options:

Screenshot: here, for visalization purpose, I just took the id field to scale the size of the pies: 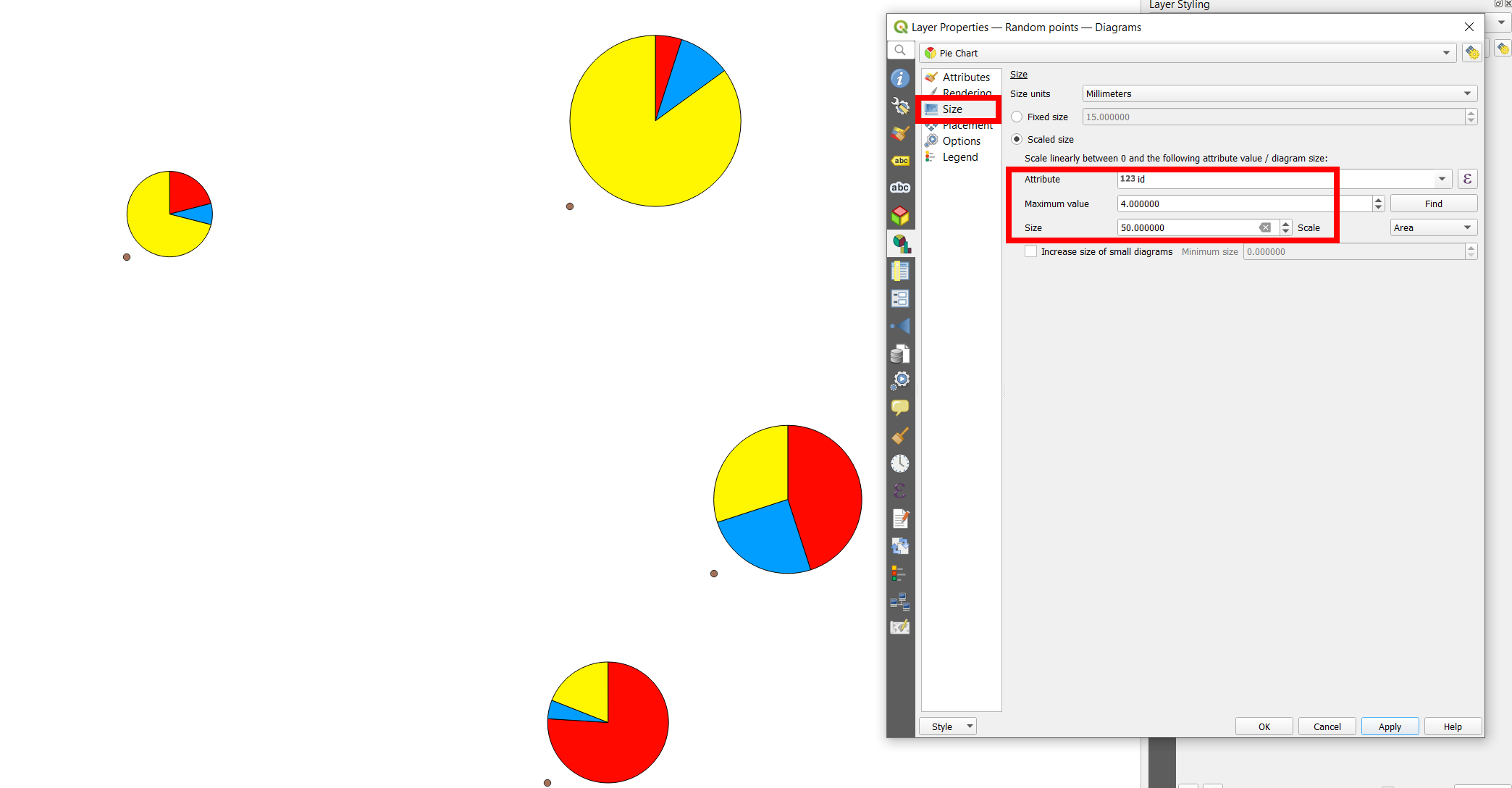 Not the answer you're looking for? Browse other questions tagged diagram scale-factor piechart or ask your own question.