I have a weird phenomenon going on in QGIS.

I want to derive a channel network and also the catchment areas using "watershed basin" from SAGA. In the end I want to have the flow direction and flow accumulation. I created a small DEM and I also got a few raster layers from open web data to have a bit of context and orientation/information in my DEM. As you can see in the picture, I also have a hydrographic network raster layer which shows me all the channels etc.

As you can see, there is a lake in the middle and I think because of the lake the algorithm calculates the watershed basin very very wrong. Flow direction seems to be right.

Do you know a workaround regarding this problem?

I also tried to work with Strahler Order but the DEM size is too small for it, so its very faulty 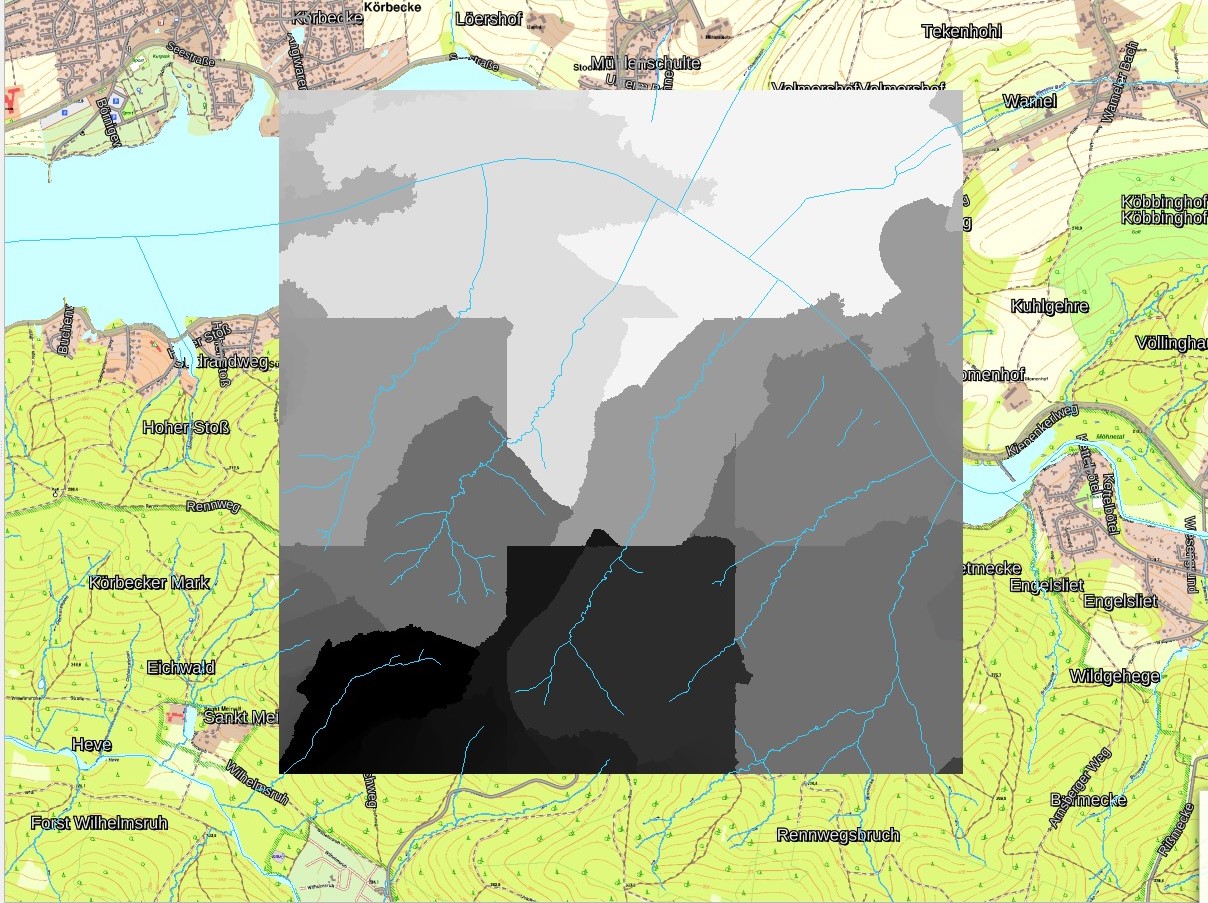 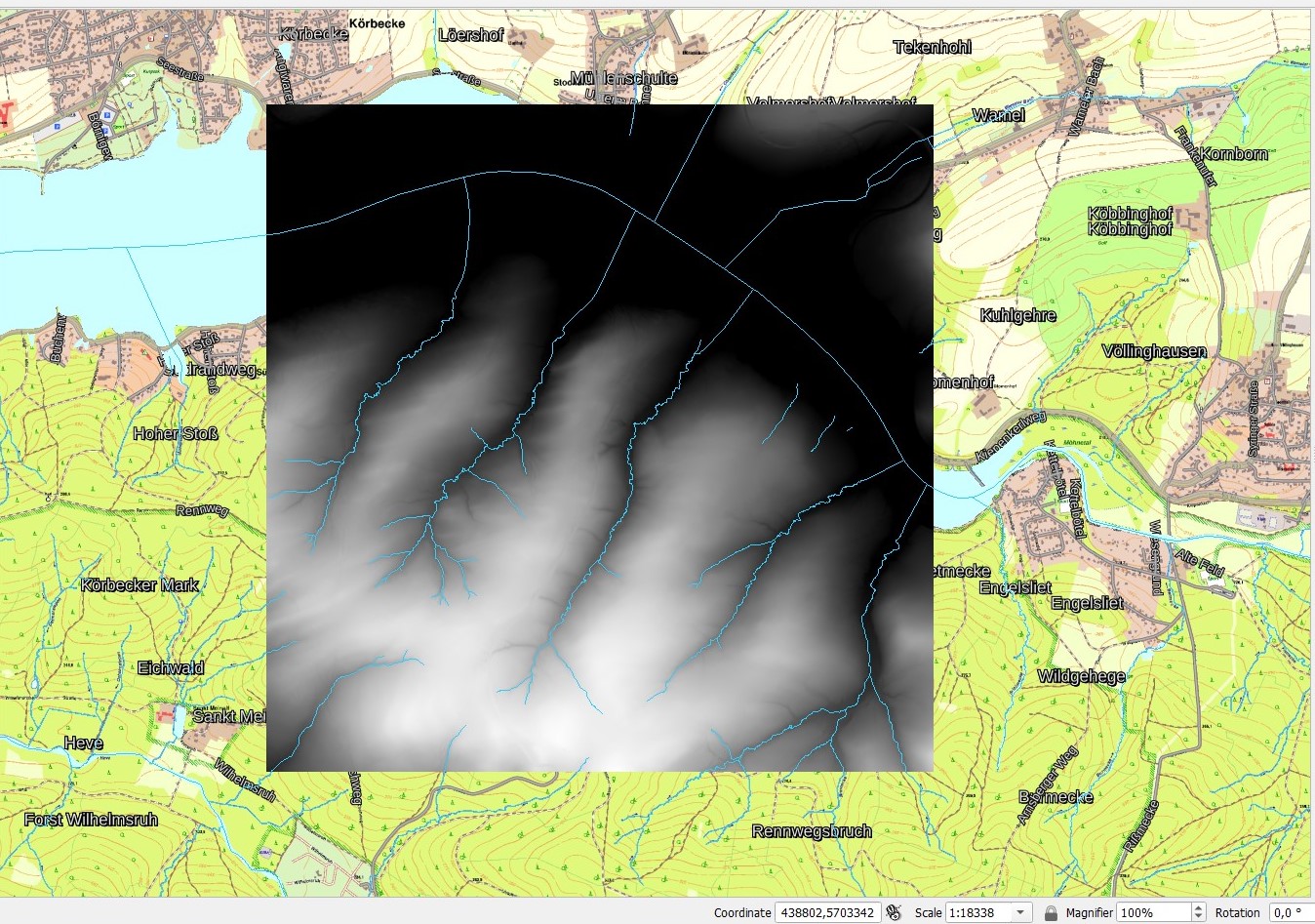 This issue is not specific to QGIS and SAGA, but applies to all similar algorithms. The algorithm does work unlike the title suggests. Some considerations:

Not the answer you're looking for? Browse other questions tagged qgis dem terrain watershed or ask your own question.