and my attribute table: 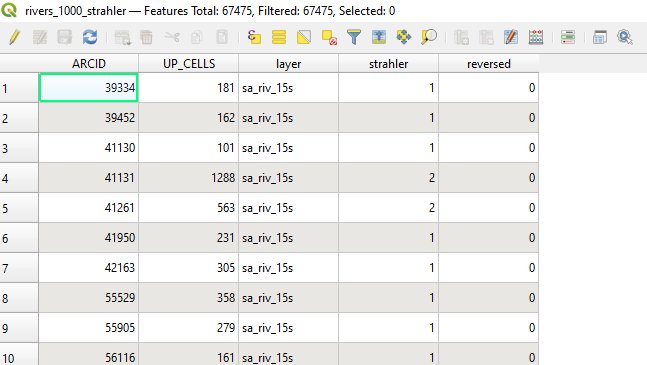 I would like an additional column in the attribute table called "network" which would be filled with 1, 2, ....n indicating which network the given reach belongs to (in the example above "network" would be 1 or 2 since there are only two networks), it doesn't matter which network is 1 and which is 2.

Buffer layer in orange and resulting line layer in black with id added to label the network lines: 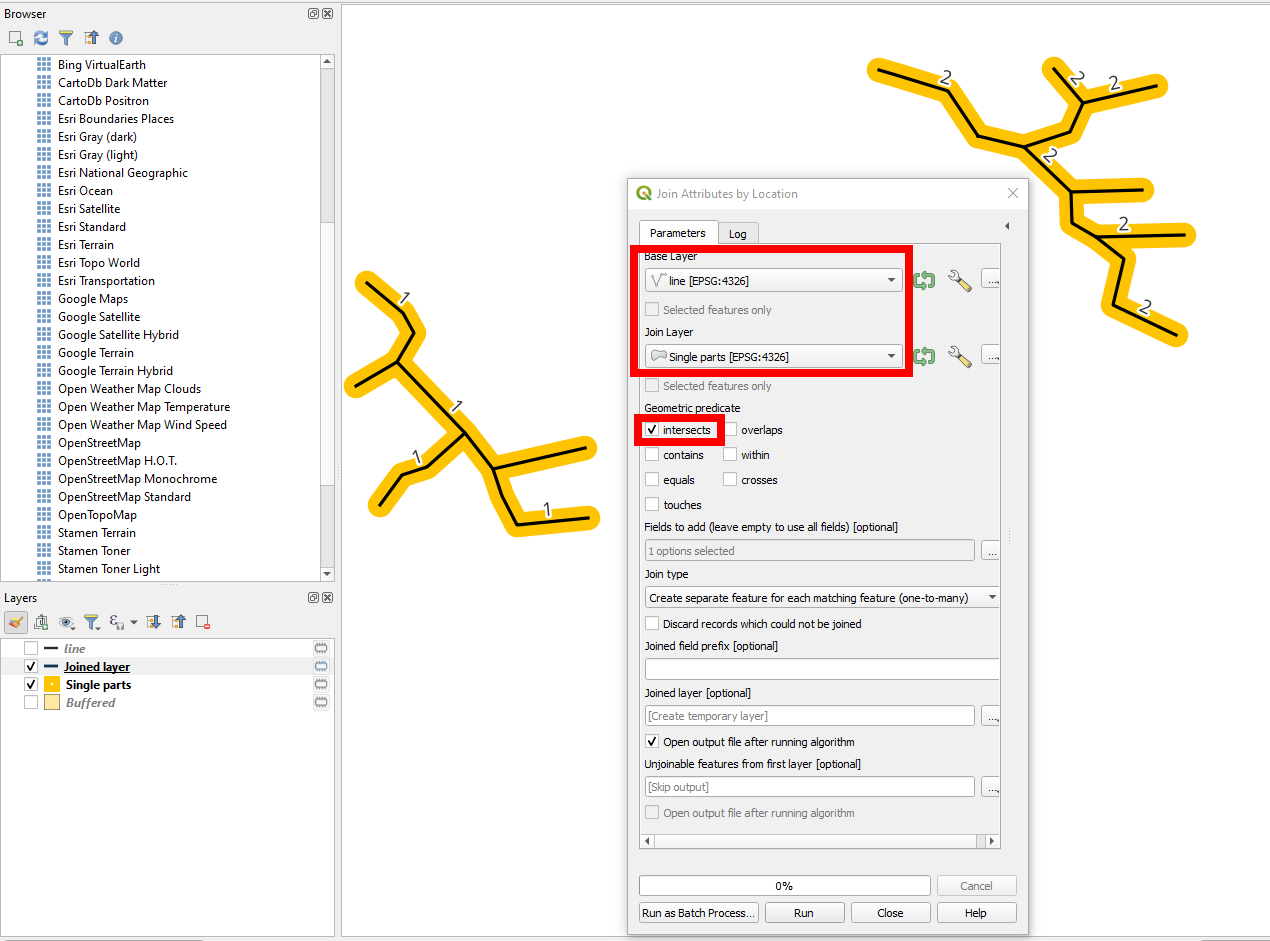 Not the answer you're looking for? Browse other questions tagged qgis attribute-table vector or ask your own question.