The task is to calculate areas for small project sites (polygons) in various Chinese cities. The dataset is available as EPSG:4490, the project CRS is also set to EPSG:4490. To get accurate comparable areas I should use an equal area projection for China, such as Asia North Albers Equal Area Conic (ESRI:102025)

My problem with 1. is that it returns the area not in m². From my knowledge as the unit of ESRI:102025 is specified in meters, it should use that. I don't find any other unit in the settings, which should override that. If I use 2. it gives me m².

The first option does not work because the function area:

Returns the area of a geometry polygon object. Calculations are always planimetric in the Spatial Reference System (SRS) of this geometry

So even if you use transform, the area is still calculated in EPSG:4490. Use $area instead of this to get areas calculated based on the ellipsoid used for this CRS.

The help says regarding $area:

Be aware: also using Add geometry attributes (see documentation), you have to define a CRS (for planimetric measurements) or select ellipsoidal measurement: this last calculation method considers Earth's curvature (as modelled by the ellipsoid used).

For an equal area projection, however (as EPSG:102025), the difference between planar and ellipsoid measurement should be minimal - that's in fact what "equal area" is about. For other CRS like EPSG:4490, the difference can be huge. 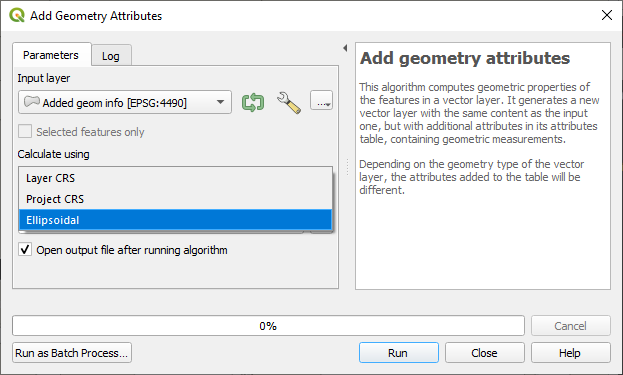 Screenshot: red area values from layer Added geom info (=your option 2), black labels are generated dynamically with the expression $area on the layer in EPSG:4490; project CRS is in EPSG:4490 as well. Values are divided by 1'000'000 to turn square meters to square km. The polygons were initially created as squares with side lengths of 32, 53, 41 and 45 km (from left to right) in EPSG:102025, that's why they return an exact value (no decimals) with Added geom info in this CRS. 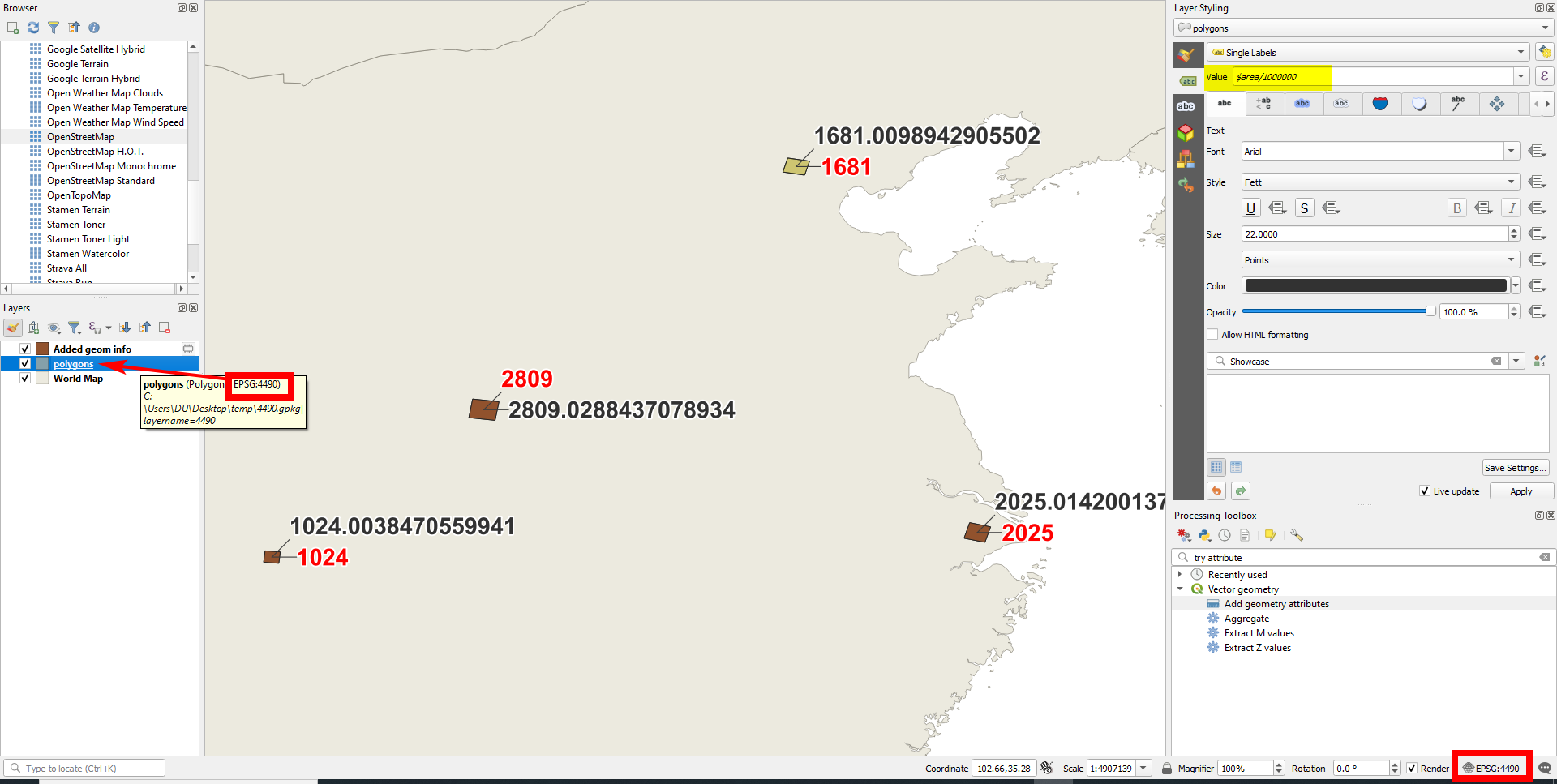