I have two layers of points:

What I want to do now is to set the "svf" value to 0 for all points in the first layer, who have a corresponding point in the second layer.

I tried it using the "Join attributes by location" tool, but I couldn't get it to work the way I wanted it to.

You can select the nearby points using "Select by expression", then you can open the calculator to update the desired field.

The expression would make use of overlay_nearest() to find points having a nearby point in the 2nd layer. You must specify a maximal acceptable distance between the points (beware of the coordinate system unit) 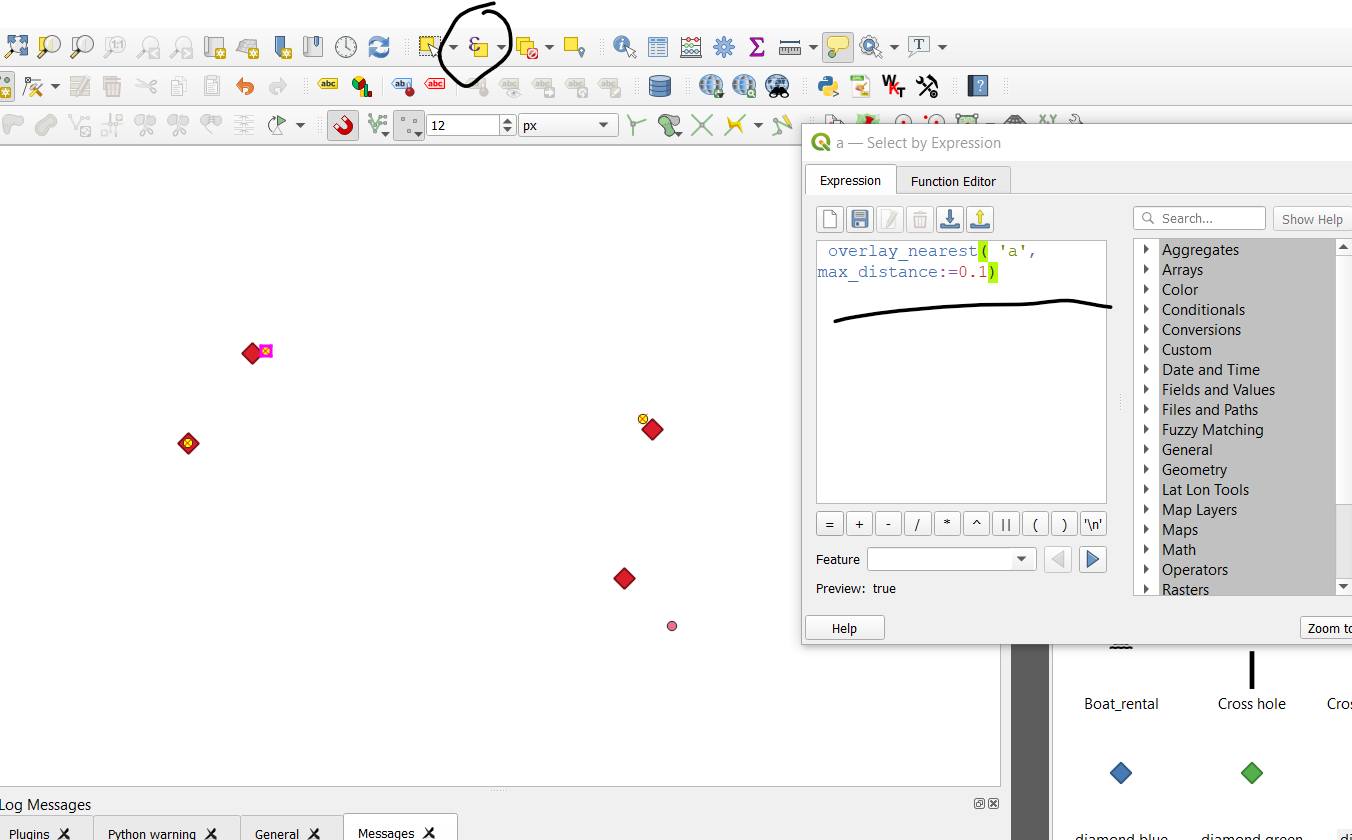