I am using QGIS 3.16.13 to build a map in which I have 98 adjacent polygons that represent areas of ocean around the coastline of an island. I want to have a centroid inside of each polygon, even those that are curved around peninsulas because it does not make sense to use a centroid that appears to be on land as a location marker for marine data.

I am getting the same result as the example given at the end of that thread, with the point seemingly placed at random within the polygon, rather than being in the center of the polygon, while also being on the surface of it.

So, I have polygons representing areas of sea where counting is occurring. The counting areas follow the coastline as it curves around peninsulas. Using "Point on Surface" or the "Pole of Inaccessibility", I get the black circles in this example, but what I want is to have a point roughly where I've drawn in by hand yellow circles: 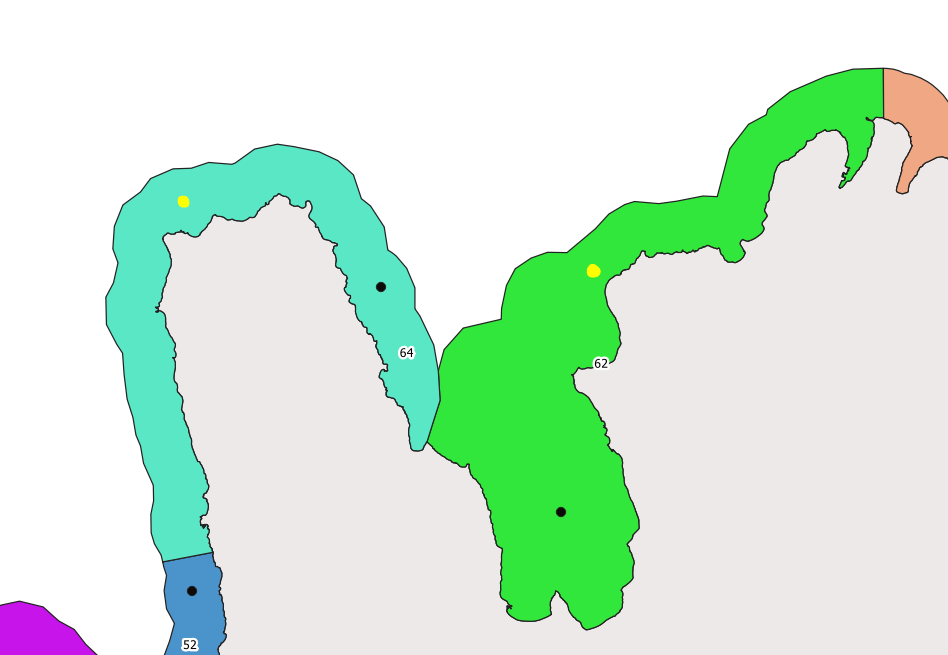 In my mind, what I've drawn in is close to the center of the polygons. When I have QGIS calculate centroids, the centroid of area #64 shown here is placed in the middle of the peninsula.

I know that I can move these points by hand, but I am wondering if there is a way to do it automatically.

I don't know a tool to have directly what you want but I propose here a workflow to have the following result : 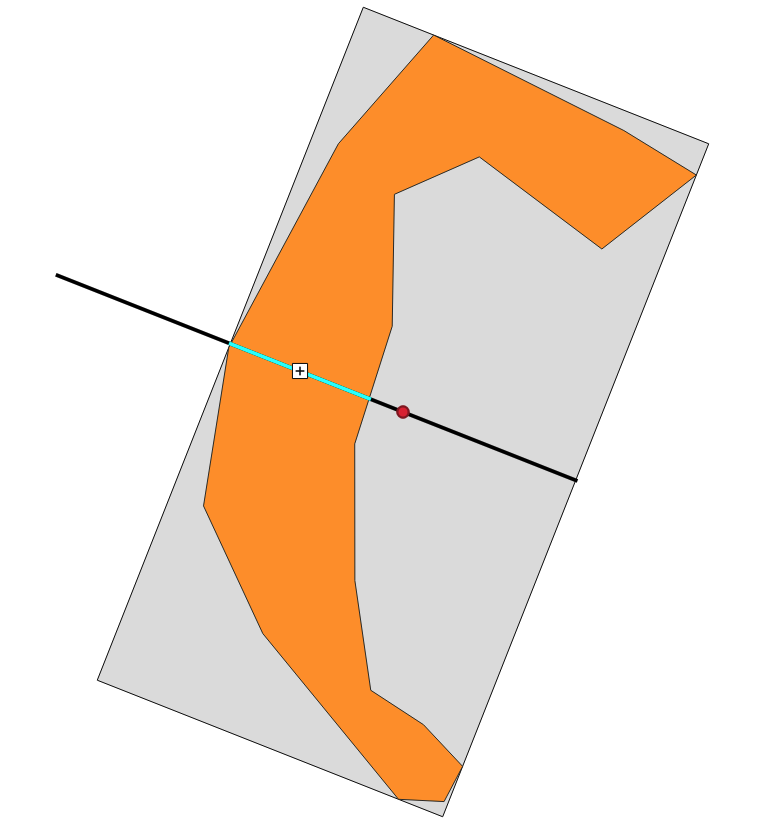 9
Creating point on surface in QGIS

9
Automating drawing of polygons (square) around number of points in QGIS?
14
Calculating a spherical polygon centroid
3
How to get projected centroids in QGIS?
1
Create callout from label to edge of polygon with Geometry generator with QGIS
13
Creating regularly spaced points inside polygon based on attribute value using QGIS?
3
Geometry Generator - make line to polygon perimiter
9
Creating point on surface in QGIS
6
Batch create multiple buffers with variable size around point