I'm trying to import CSV to QGIS but have a problem with coordinates. I added CSV (with longitude and latitude) via add delimited text-layer. 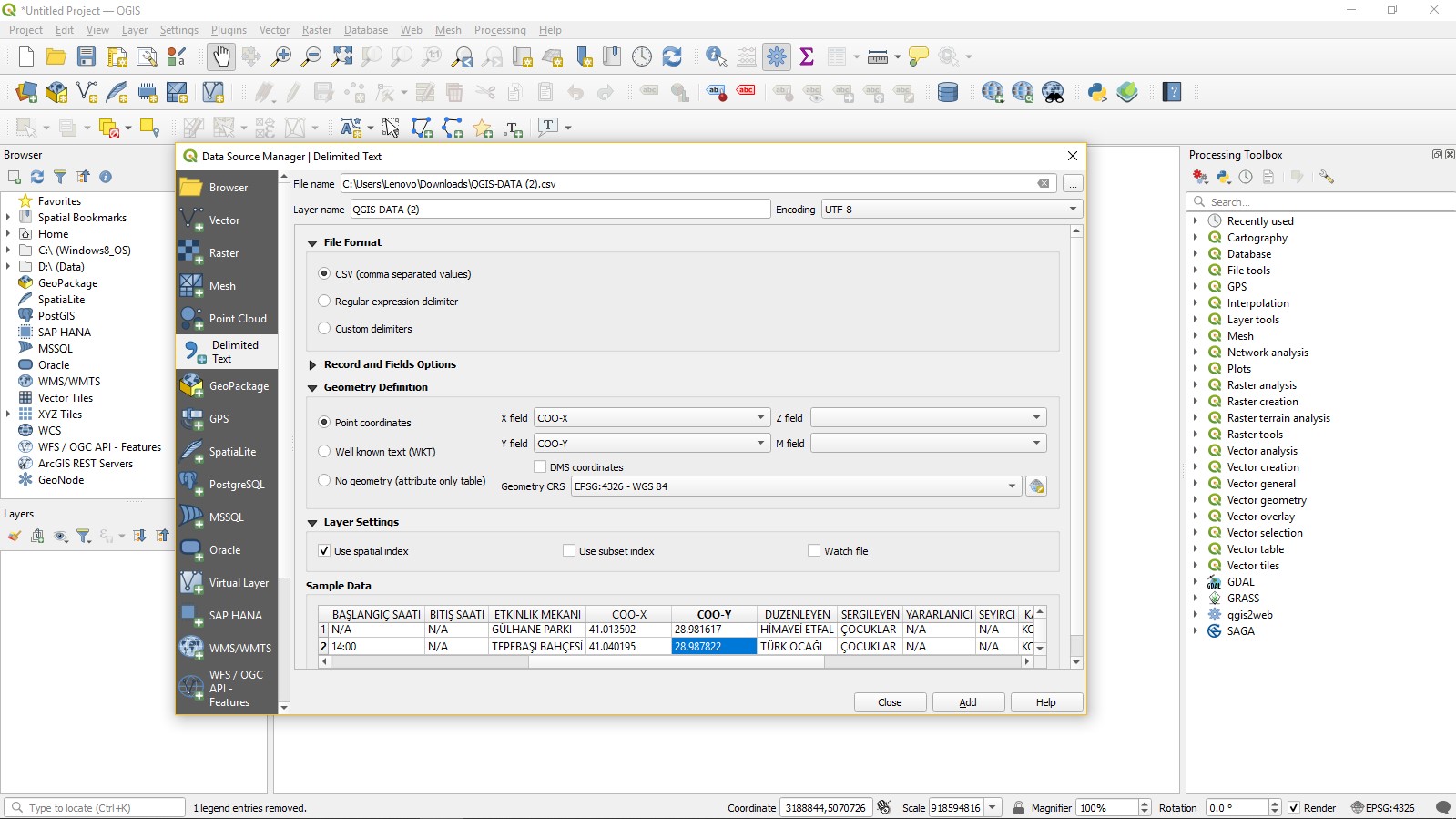 Then I added OpenStreetMap and arrange the CRS 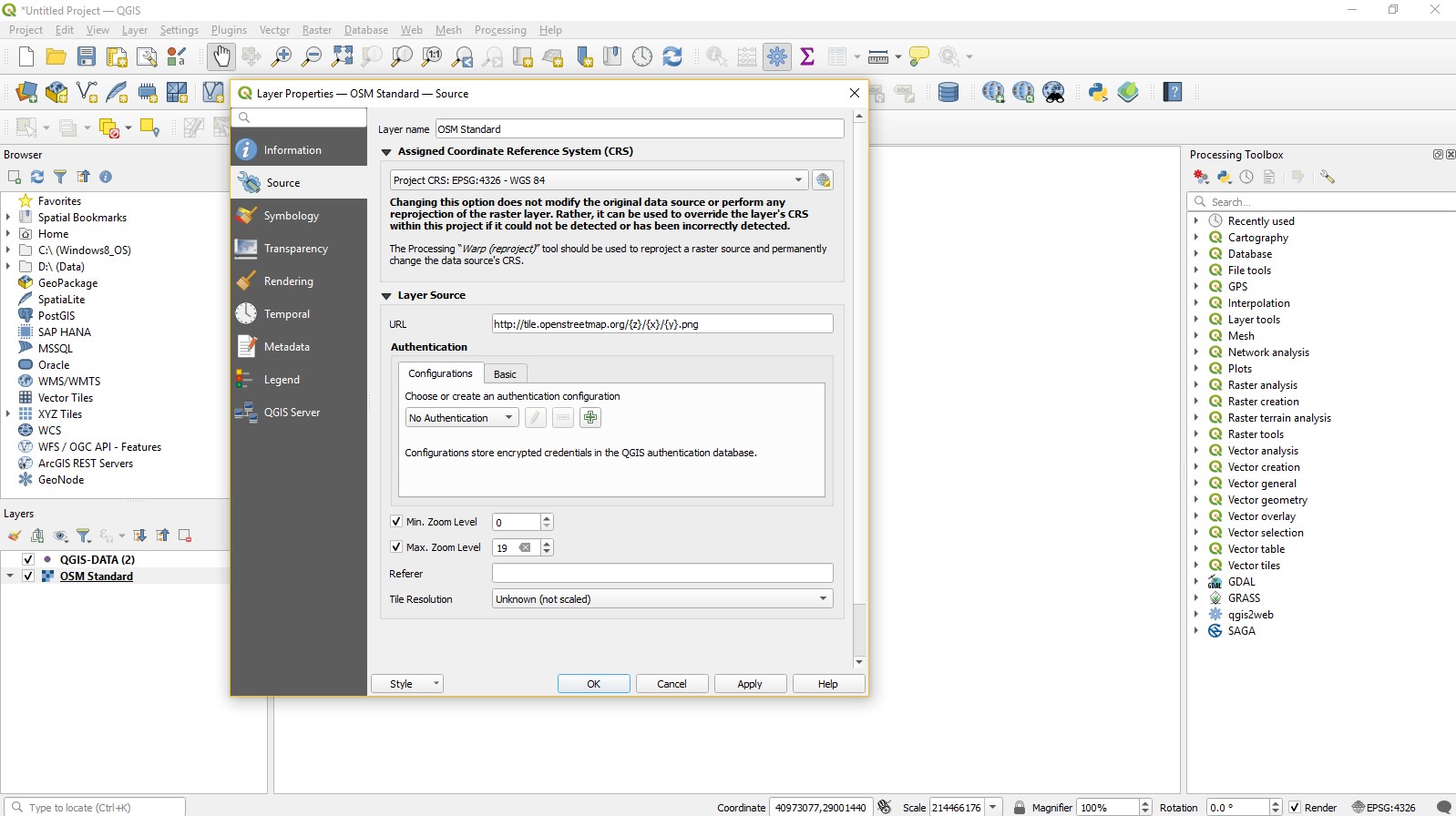 But it looks like this! Points are not even on the map. I tried to open OSM then import CSV. Checked the CRS and lon-lat numbers over and over but nothing changed. Do you have any idea what I did wrong? 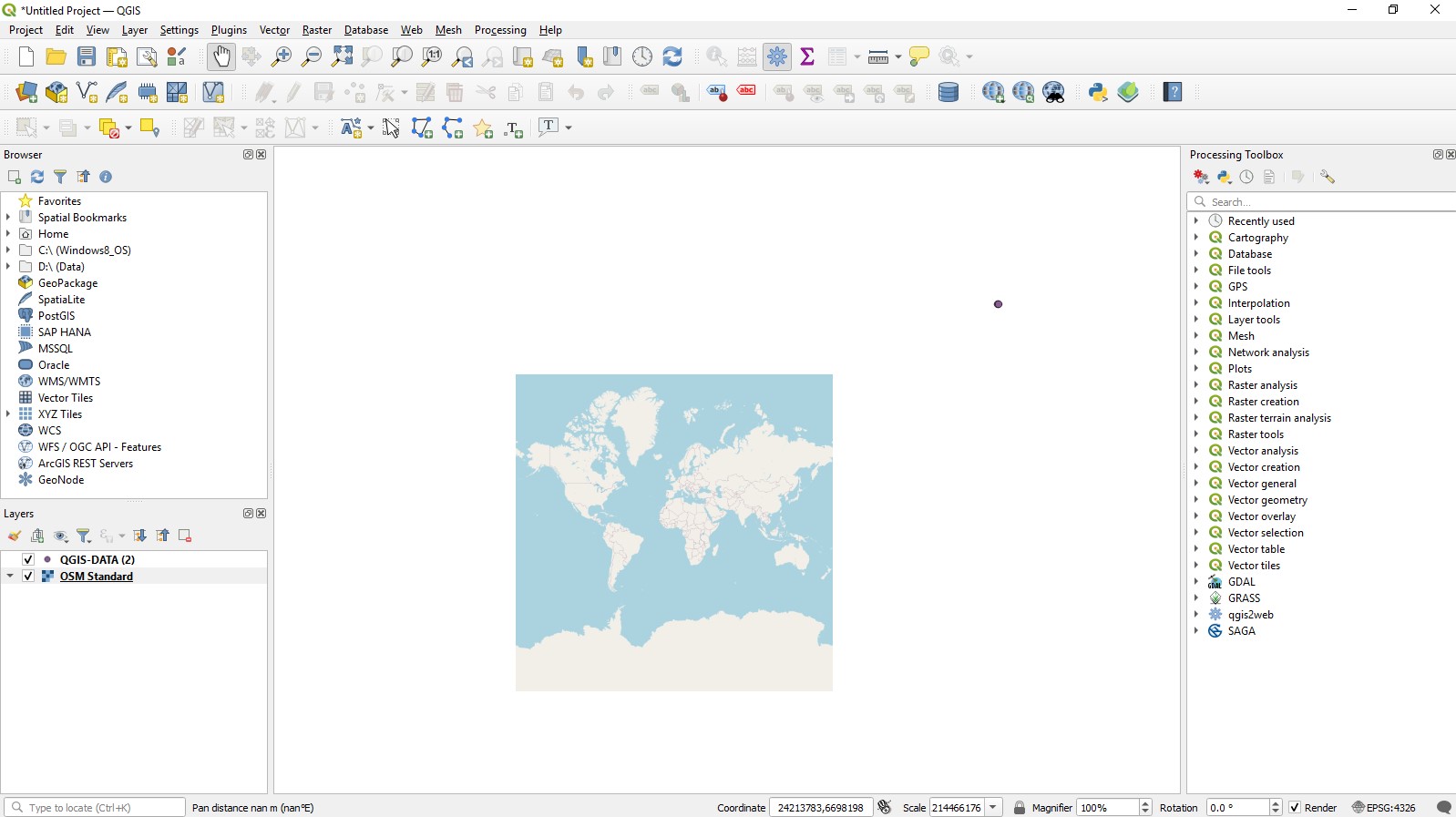 I tried all the answers and I also tried another CSV file downloaded from youtube but it also doesn't work on maps (OSM and Google Maps) as the data provider imported it on his QGIS map. So I think there is a problem with my CRS settings on QGIS. I did WGS 84 EPSG:4326 for project properties and also for layer properties but I don't know what's wrong with them.

It looks to me in your description as if you are changing the CRS value of your openstreetmap data set. That should just be left as it is from the provider. You set the CRS on the project and then the data sets you are using are projected to the project CRS. Also as @ahmadhanb said, watch out for lat,lon and X,Y, It is a quite common mistake (been there, done it) to mix it up, since cooordinates given as lat,lon are Y,X (first north-south, then east-west)

Here is the correct location from your CSV: 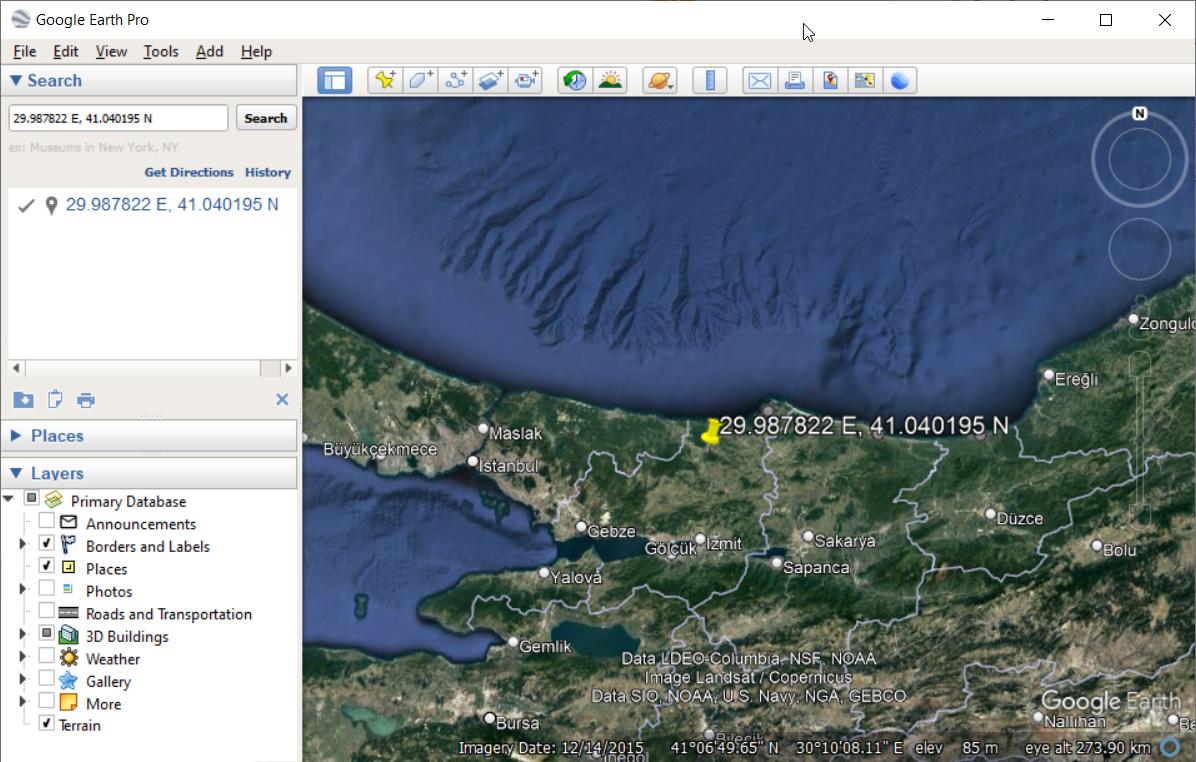 When I fixed the CSV data on text editor and not change CRS value of the map, it worked finally. I think I just need to solve converting Excel file to csv.

Not the answer you're looking for? Browse other questions tagged qgis coordinate-system csv or ask your own question.