How to improve cartographic visualization of overlapping polygons?

I need some advice about how to improve the visualization of cartographic information.

The problem is when more than one specie overlaps. What I am currently doing is just to calculate the additive color mix of two colors using http://www.xarg.org/project/jquery-color-plugin-xcolor/

As you can see in this image, the resulting color where two species overlap (mixed blue and yellow) is not intuitive at all. 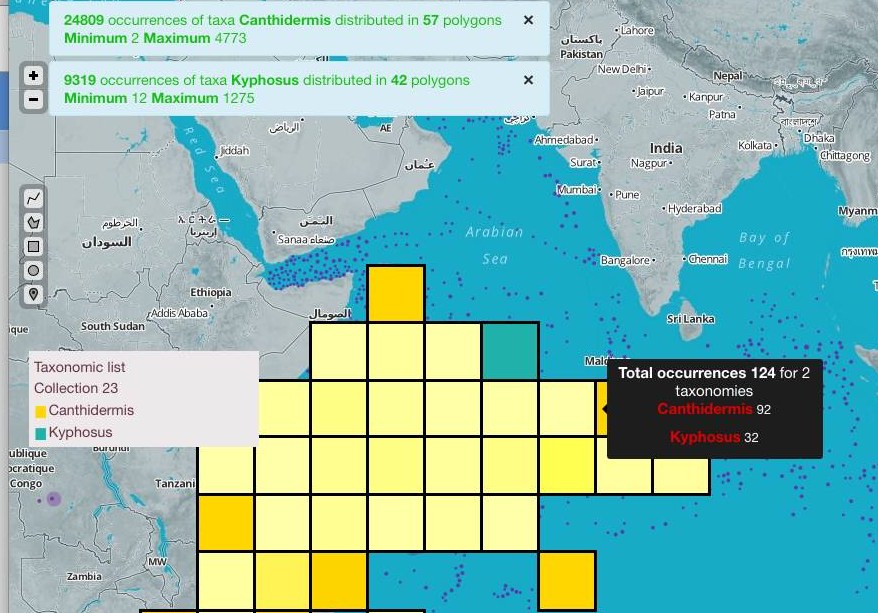 Someone has any idea or knows similar tools where to get inspiration? for creating the polygons I use d3.js, so if more complex SVG features have to be created I can give a try.

For multiple species, pie chart polygon symbology could work, but these kinds of displays can get pretty busy.

I noticed that the mapping center has 77 posts on the topic of overlapping polygon displays:

Hatching is usually one of my last resorts.

Other than that, I once worked on a project where we had the following problem to solve in under an hour: 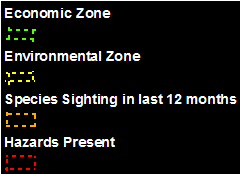 The solution we came up with worked rather well considering the time constraints on our cartographic design. We relied on the most natural thematic renderer: color. The user could immediately identify a polygon as a positive or negative for each of the four values (green, yellow, orange, red). 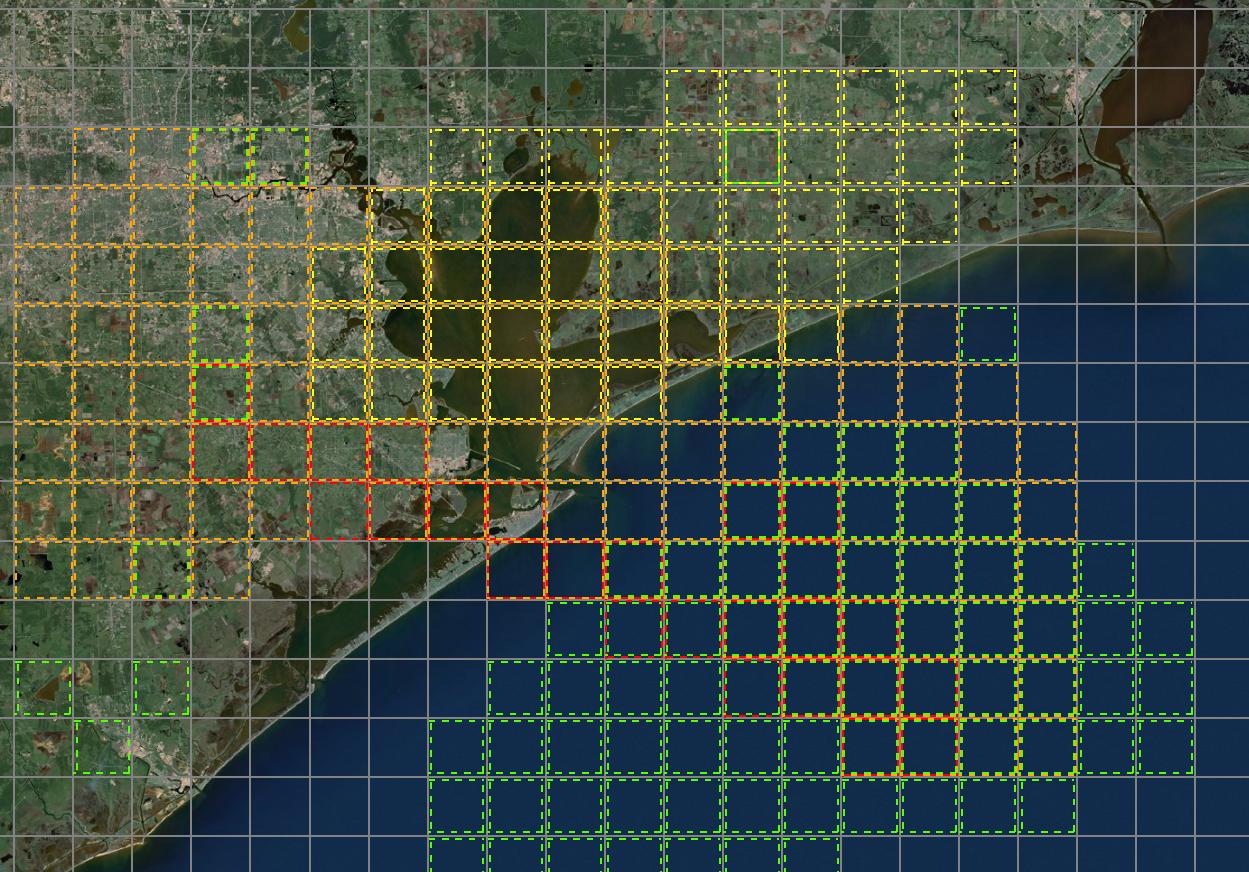 The way we accomplished this was by using alternating dashed outlines with a negative offset and a hollow fill.

It sounds like your programming skills are accute enough that you might use something like.
Calculate the number of species and either devise a symbology for that or use hatch overlay which might be the angle of the hatch depicts the species number.
for instance angle 10 means 2 species, 20 means 3, and so on.

The label could be used with coding such as 24 means species 2 and species 4, 248 = species 2, 4 and 8. These examples don't work exaclty like I was thinking but I know I have seen it where the number can only mean one set of values.

These are some ideas I have just quickly for "inspiration". There was a question on gis stackexchange which is one of the top viewed questions and might provide more reading and insight.

That is if reading (time) is an option.
What is on your bookshelf
And then there is the hope that whuber will help with an answer.
Or you could just search for answers by whuber and get quite a bit of inspiration.

Not the answer you're looking for? Browse other questions tagged web-mapping cartography visualisation overlapping-features d3 or ask your own question.

76
What books, journals, and electronic resources are most valuable for expanding knowledge of GIS?