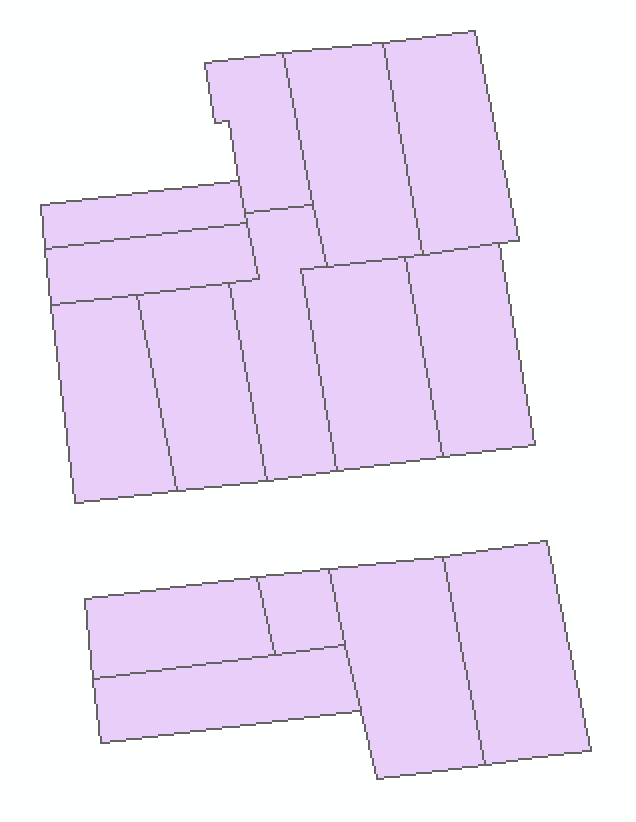 The broad goal is to find how much of each polygon's perimeter is bordered by each of the other polygons, including polygons across the street. In other words, I want to find "bordering" polygons—not just those that share an edge, but those that "border" each other across the street as well. This sounds like a classic buffer problem, but the streets have variable lengths so I don't think a simple buffer would cut it. I have found a couple ways to formulate this problem, but each has its own flaws: 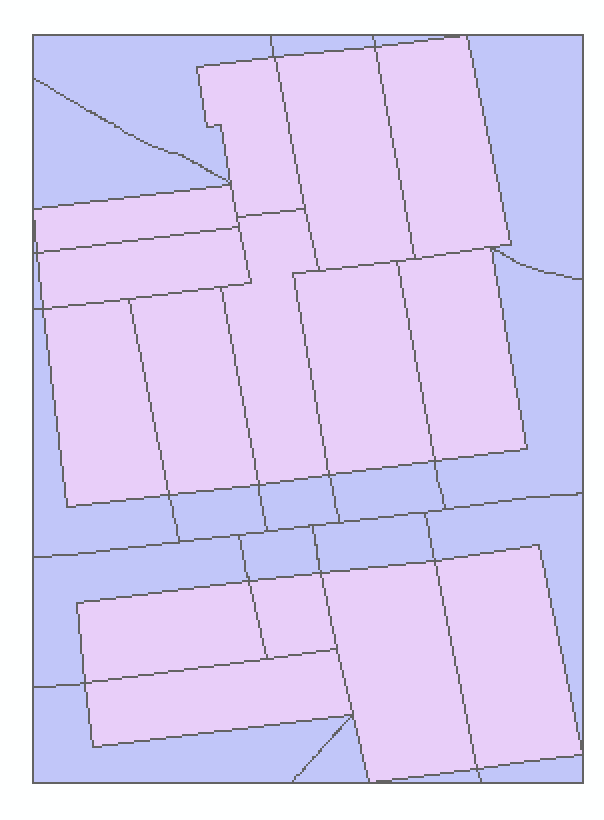 This gives me what I want in terms of finding the "across the street" polygons, but note how the polygons on the same side of the street now have artificially longer boundaries. This is important as I need to know the fraction of perimeter touched by each polygon.

I have searched around and I'm quite surprised that I haven't found an answer, considering that "finding parcels across the street" is probably a common GIS task. I should mention that I have access to most ArcMap functionality.

Curious to hear any of your thoughts!

Your Option 4 is probably the closest to what I would suggest.

What I would recommend is:

You could create the linear features by using Polygon to line translation and then use Polygon Neighbors tool to identify the Parcel Edges, with the remainder being Road Edges.

The next bit is probably the most difficult and will require some programming and/or combination of tools.

In short, buffer the road edges until they hit another road edge.

This 'other' road edge will be the land parcel 'across the street'. You will need to implement some exclusion criteria/business rules, such as

Some situations which will be difficult/interesting.

Not the answer you're looking for? Browse other questions tagged arcmap polygon buffer voronoi-thiessen parcel or ask your own question.

4
How to extract a buffer layer from a vast amount of individual buffers around polygons using ArcMap?
10
Voronoi that don't cross boundaries
1
Using Polygon Neighbors for boundary polygons to find boundary lengths in ArcMap?
2
Identifying Parcels on Street Junction in QGIS
10
Voronoi Diagram on a given polygon using QGIS
7
Insert n points equally distributed into many polygons
6
R - Voronoi polygons from lines
0
Splitting polygon at points using ArcPy with ArcMap