And here comes the question, before clipping, small polygon geometry contains only Polygon features and not MultiPolygon, but after using geopandas clip(), some small polygon geometry transforms to MultiPolygons. Is there some specific reason why it happens? I should use the polygons in further analysis where I assume, because of this which will arise some error or problem.

Note: none of the small, neither large polygons overlay.

I did try to transform the MultiPolygons to Polygons with gpd.explode(), which gave me geopandas.geoseries.GeoSeries and the result below, however it can be noted that some polygon "ID" are missing, I also cannot assign an "ID" to each feature with df['ID'] = df.index(). Then arises an error:

TypeError: 'MultiIndex' object is not callable.

Is there some explanation why I get MultiPolygons instead of Polygons in the gpd.clip() result? 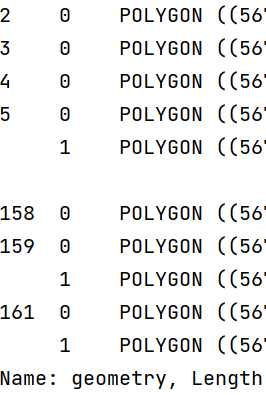 I did find a way how to transform from MultiPolygons to Polygons without error:

The reason why it happens can be the following: 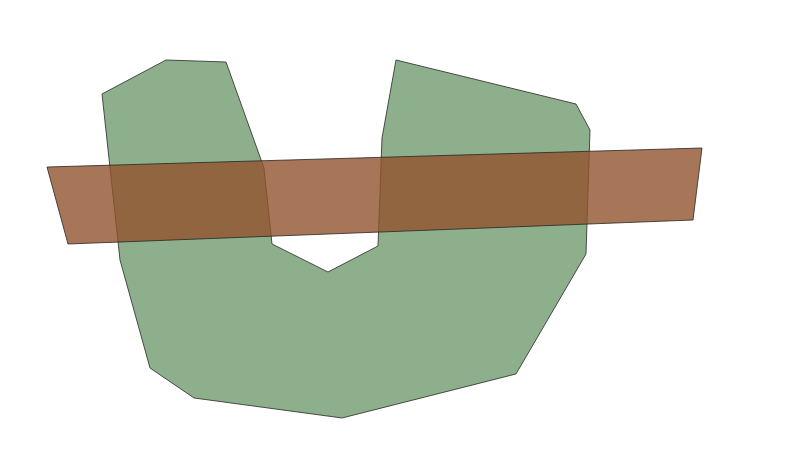 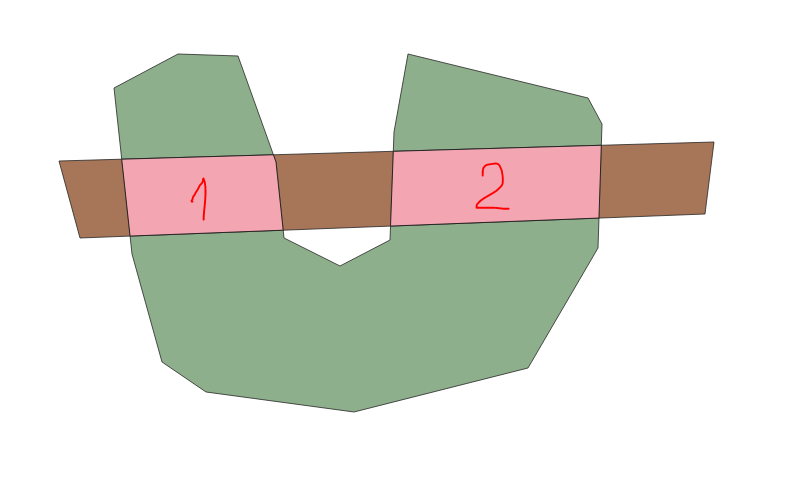 To tackle this circumstances you can either:

Not the answer you're looking for? Browse other questions tagged python polygon clip geopandas multipart or ask your own question.