I am trying to simply bring in my CAD files into ArcGIS Pro, and get them into File Geodatabases.

I have used the ModelBuilder involving iterators to convert my CAD files, and it works perfectly fine.

Below is the simple model that does the task for me:

For a test, I have used two of my DWG files and the output is shown below:

So, as expected for each file a new dataset is created in my test GDB. 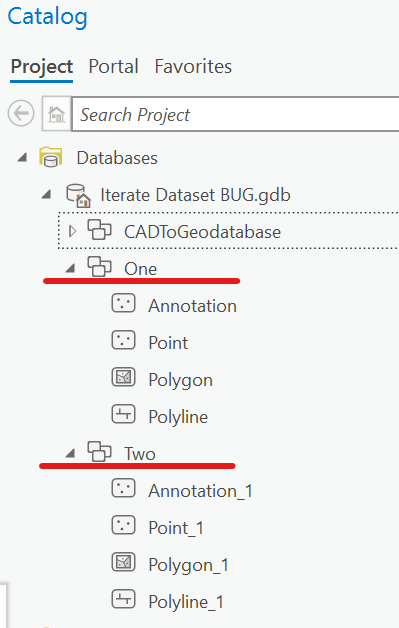 Now, I do not need individual files and want the information to be clubbed.

And the CAD to Geodatabase conversion GP tool in ArcGIS Pro gives me the output correctly if used outside the model. 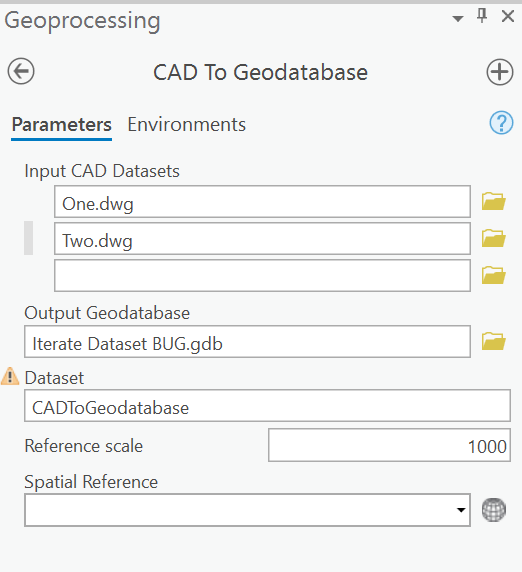 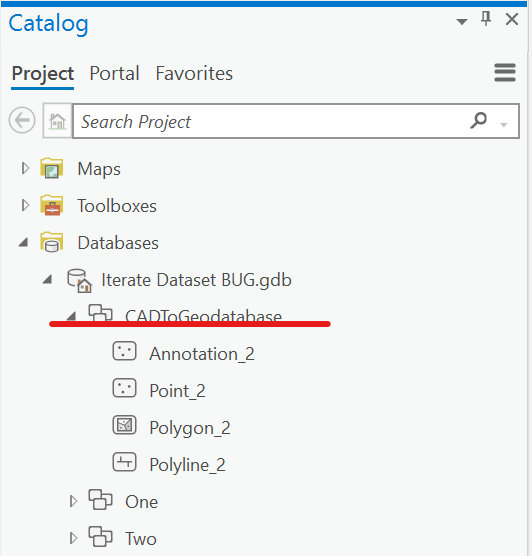 Is there a way to append/club/stack all the individual files getting generated through the ModelBuilder into one single feature class in a dataset?

The model generates let's say for one.dwg 4 FCs in a dataset and the other 4 files for two.dwg.

I would like to have a dataset where there would be only 4 FCs for both the DWGs.

I tried involving the append tool in the model but could not get it to target the resulting datasets.

I have also thought of using FC to FC to first get all the generated FC into one dataset and then use the append, but without any success.

Also, tried using another model to be later nested with the existing one, in which I tried using the iterator to iterate the dataset generated in the previous model, still missed using the append to it.

I am looking for something simpler that I can try and also use in the ModelBuilder, as I have more than 50 CADs and expect more in the future.

@PolyGeo is absolutely correct you need to be using the Collect Values tool to build a LIST of datasets to feed into the CAD to geodatabase tool.

I suspect your attempt to use it failed because you are not setting up the model correctly. 99.9% of time when you are using an iterator to collect values that will feed into a tool as a LIST OF VALUES you need to be using sub-models. This is simply a model within a model.

So in your case your sub model would be:

Note that the output values is a PARAMETER

The master model is:

Now you are feeding into the tool a list of values.

I think the Model Only tool that you should look at is Collect Values (ModelBuilder) which (with my bolding):

Collects output values from an iterator or converts a list of values into a single input with multiple values.

By feeding the output from that into the Append tool you should be able to get past where you got stuck when you "tried involving the append tool in the model but could not get it to target the resulting datasets".

Not the answer you're looking for? Browse other questions tagged arcgis-desktop arcgis-pro modelbuilder cad or ask your own question.