In QGIS I'm working with a shapefile including polygons which represent the footprint of a building or parts of it (if parts have different heights).

Is there a way to modify the Python script of the "Join" command of QGIS to add these conditions?

This is an example of a church divided into portions. The inner red square should NOT be merged as its height is significantly higher than the rest. 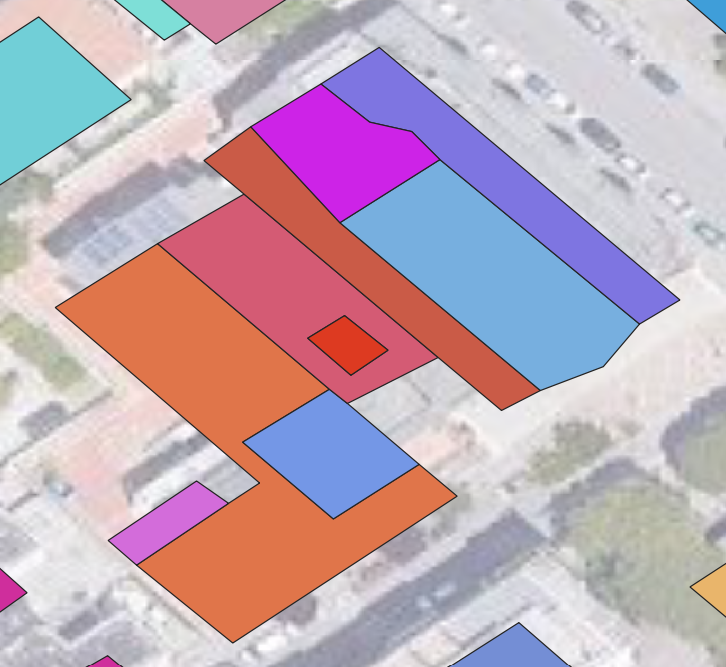 In response to comments:

You may try to do this in two steps. First a full spatial join to join all buildings with one edge in common. Then, you can easily remove the joint buildings that don't fulfil the rest of conditions that are based on attributes.

Would it work in your case?

IMHO it is a nice task for the Graphical Modeler in QGIS.

Step 2. "Dissolve" the result of each condition. On this stage, the "Multipart to singleparts" tool can be helpful.

Step 3. "Merge" all outputs from the Step 2 into one layer.

Not the answer you're looking for? Browse other questions tagged qgis polygon merge building or ask your own question.