Points to path does not group points to lines in QGIS

I often want to join sequences of GPS points to form sets of lines that represent periods of at-sea survey effort.

My GPS point file includes an integer "Order" field with unique values, and an integer "Leg" field. "Order" specifies the sequence for points to be joined; "Leg" specifies that points with the same value should be grouped into separate paths / lines. The CRS is WGS84.

I've used Points2One and Points To Paths plugins to do this successfully in the past. But in recent versions of QGIS 3, the processing toolbox's "Points to Path" joins all points in order as a single line only. The "Leg" field appears to be ignored.

Can anyone tell me whether I'm making a mistake, if this is a bug, or an unintended application of points to path? And if there is a simple workaround I can use. (Please, if a workaround involves applying code, include an explanation of how to add and run the code...). I'm currently using QGIS 3.22.1-Białowieża.

See below for automatic solution

Use the Id from your points as Order expression. To separate the two groups (clusters) of points, create an expression for Path group expression. As the last point of the northern line has an Id = 82398 and the first of the southern line has Id = 32399, set the expression to Id <= 82398: 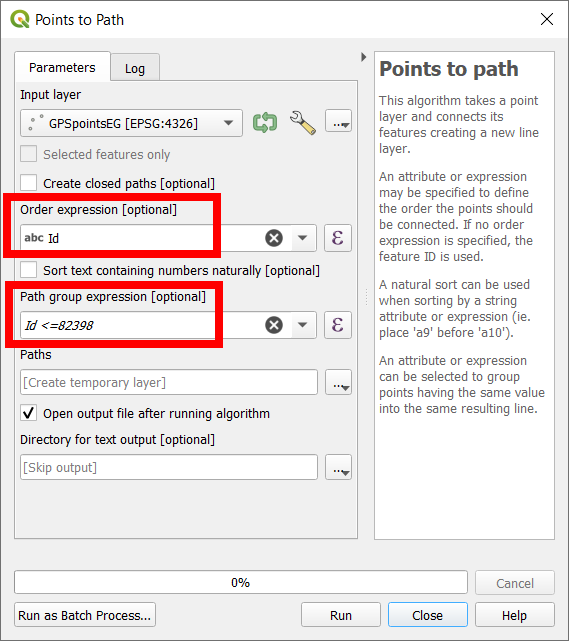 Separate lines created for the two groups of points:

For an automatic solution, calculate the distance from each point to the next point (point with the next id). If the distance is larger than a ceratin threshold, consider this as a new line.

Points classified based on the field group from step 2. Create the line based on this attribute:

IMHO it is just a visual delusion cased by a point with "id"= 82398 and not a problem either with an algorithm or data. 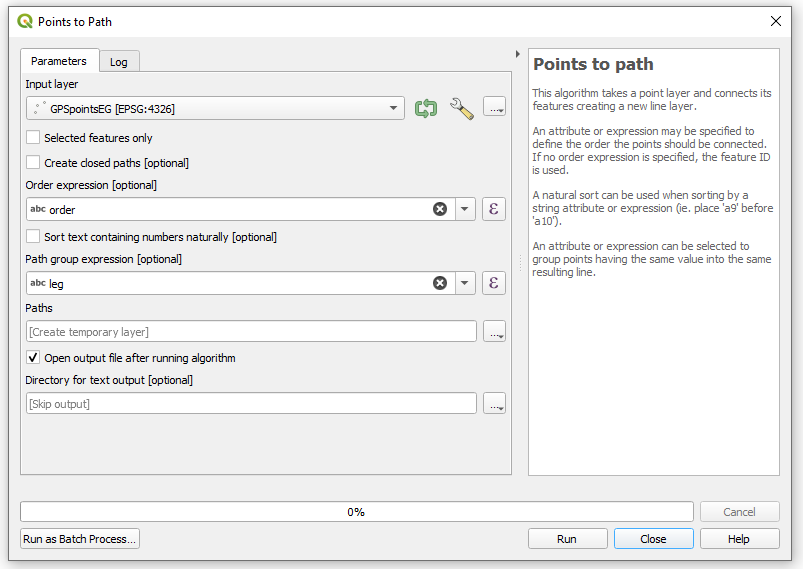 I get this output 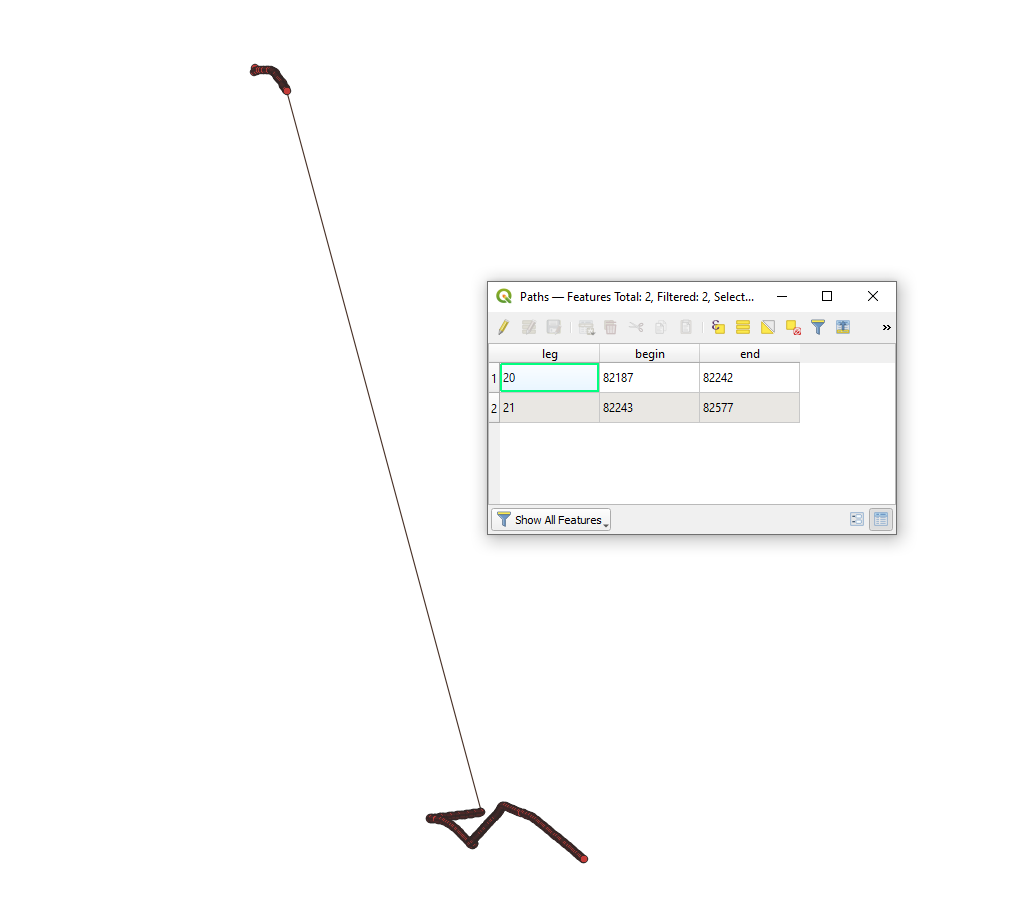 However, when you zoom into location with that "special" point, one can see that lines are not connected. 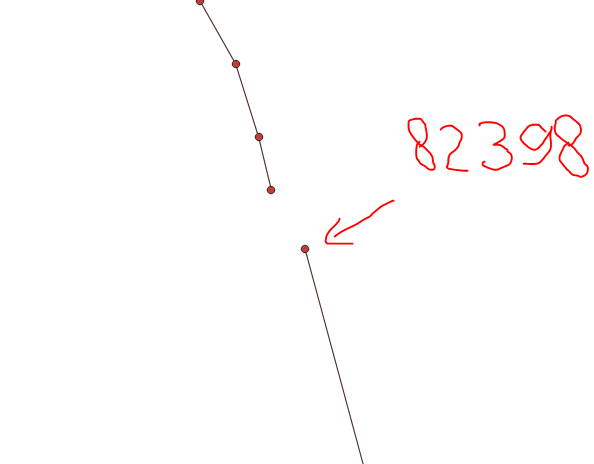 There is a workaround available:

Cluster your points by means of either "K-means clustering" or "DBSCAN clustering" (here a reprojection should be applied) and then run the "Point to path" using "CLUSTER_ID" as the 'Path group expression'.

For the solution (using QGIS 3.22.1) I used the Points to Paths plugin (note the plural Paths). Screenshot below. Make sure to check the Line per Vertex box.

Voila! The output respects both leg and order, which means that there will be a separate line between each point pair. Additionally, each of the lines will contain the beginning and ending point order values, which means that you now have the ability to join each line back to its parent points and copy additional point data values to the line. This can be very useful!

If you only need two "leg" lines instead of the separate "order" lines, simply leave the Line per Vertex box unchecked. 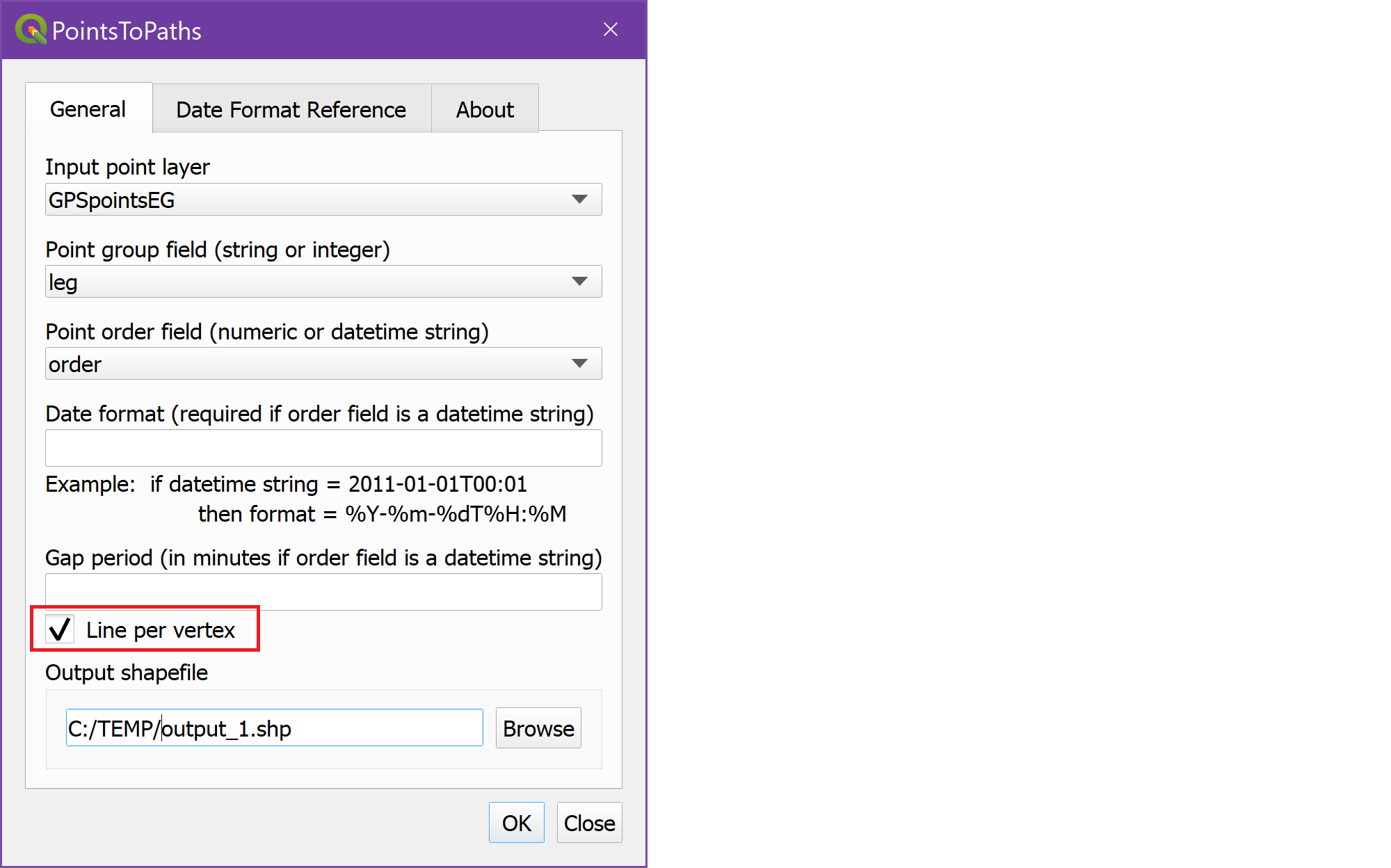 Not the answer you're looking for? Browse other questions tagged qgis point polyline-creation points-to-line or ask your own question.