How do I exclude large polygons in which points do not overlay with the small polygons?

Below is an example of two polygons (purple) that overlays with the small polygons, together with some points in and outside them.

Polygon No. 1: points overlay with each small polygon within a large one, meaning this large polygon is not excluded.

Polygon No.2: none of the points overlay with a small polygon within a large one, meaning that this large polygon should be excluded.

In short, I need to identify large polygons in which points DO NOT overlay with small polygons and remove them. The result would be df1 with the removed polygons.

So, there is a solution with GeoPandas SpatialJoin using two dataframes. In this case, if small polygons do not overlay with large polygons, the particular polygon from df1 is excluded. But how can this be done using another data frame?

You can clip the points using the smaller polygons, then subset the larger polygons using a lambda function to find which ones contain any remaining points, such as: 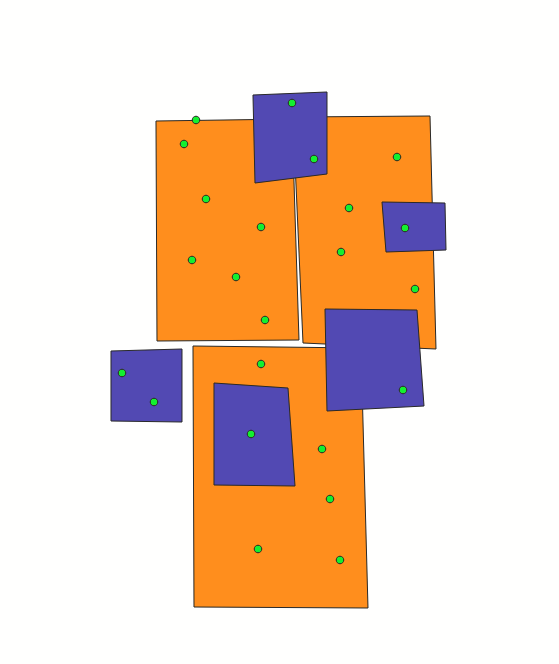 With output in pink: 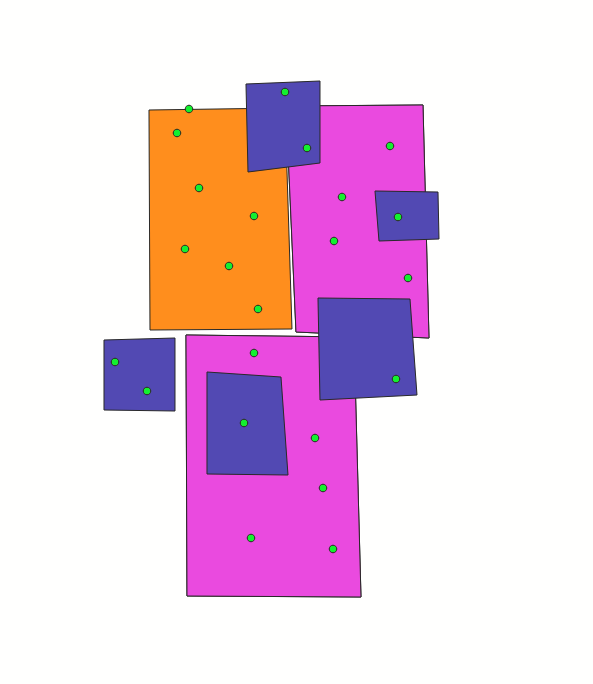 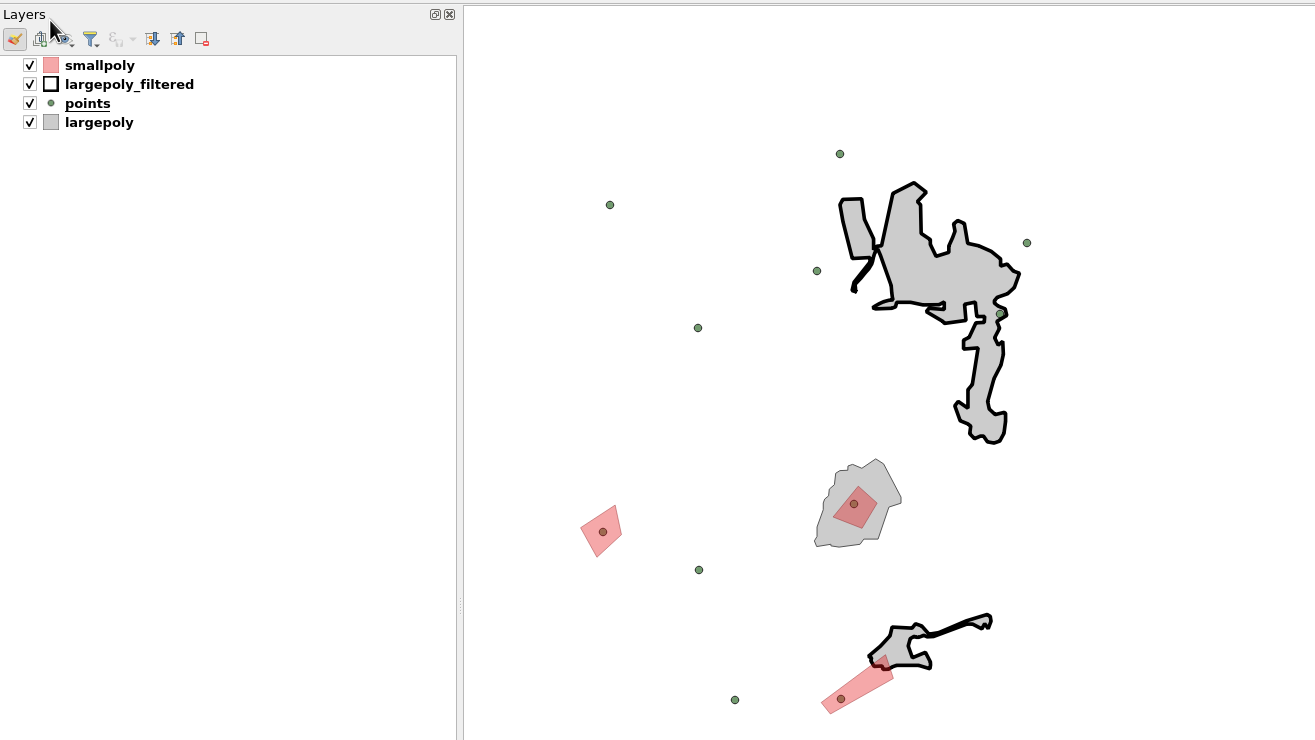 Not the answer you're looking for? Browse other questions tagged python polygon geopandas overlay or ask your own question.