I'm using QGIS 3 and trying to create a heat map using GPS data acquired during various trips. I want the resulting heatmap to clearly show each location acquired at least once with some radius (such as 10m) with green, gradually transitioning to red for the most frequently visited locations. But I'm having an issue that the most visited places have so many instances (I don't know how many but it could be hundreds or thousands) that most of the positions are invisible. I have tried setting the first gradient stop to the minimum it will let me enter (0.1%) and still a lot of my positions are invisible and a large percentage are a very faint green, despite setting the 0.1% value to 100% brightness green, and only a single bright red dot suggesting that there is one location that has been visited much more than all the others.

I would like to set the color ramp gradient so that I use black for 0 instances, light green for 1 instance, and then run the gradient up to red for 100%. Ideally I would like to set a second stop near the top of the range so it would scale linearly in the low count range and then show anything way above that in a different color. Then I am using addition to add the color to the map background. Even better I think would be to set transparent for 0 and a color gradient for non-zero. But I don't see a way to set a discrete stop so that I can distinguish between 0 and non-zero.

I saw this question but these seem to be talking about a different type of data set (maybe where each position has a count attached to it?) whereas in my case I just have GPS position reports which could be very close but not identical (for instance, two positions 1m apart would count close to being the same since they are within 10m). Also, the data set grows over time so setting the gradient stop to a fixed percent (which won't work anyway since I can't go below 0.1%) won't work either as it would have to be manually calculated and decreased each time.

Create an attribute that counts the no. of nearby points, than scale these values exponentially to reduce the range between min/max values so that you can set gradient stops properly. Be aware of the colors you use and reflet if the heatmap you create can be understood and interpreted in an appropriate way (details below).

How you can solve the issue 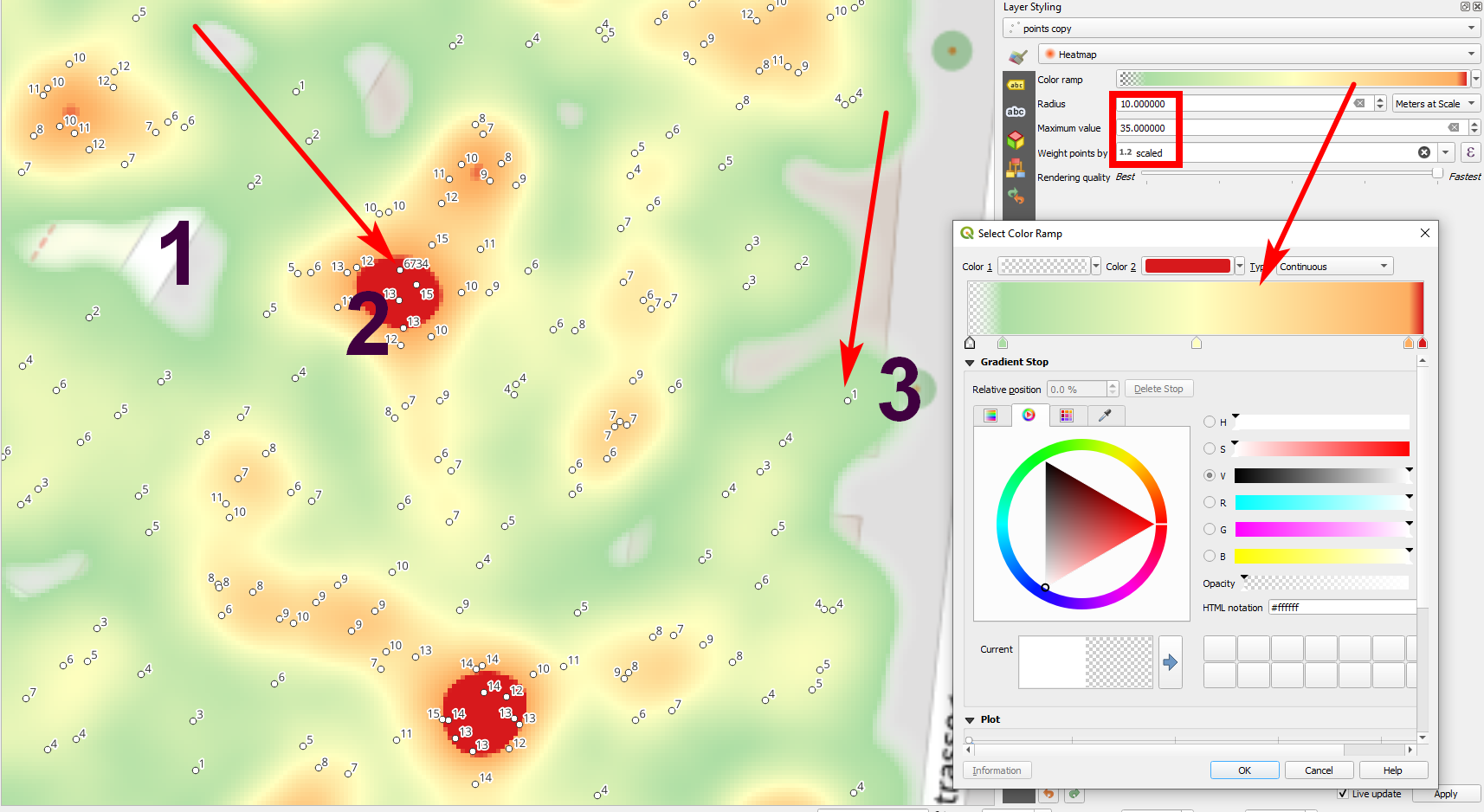 What to be aware of