How can all polylines within a polygon be selected and then operated on to determine the average value from an attribute field?

I have two files illustrated wonderfully below: 1) Polyline (shown in red), 2) Polygon (shown in black).

The polyline file contains a numeric attribute (elevation in meters). 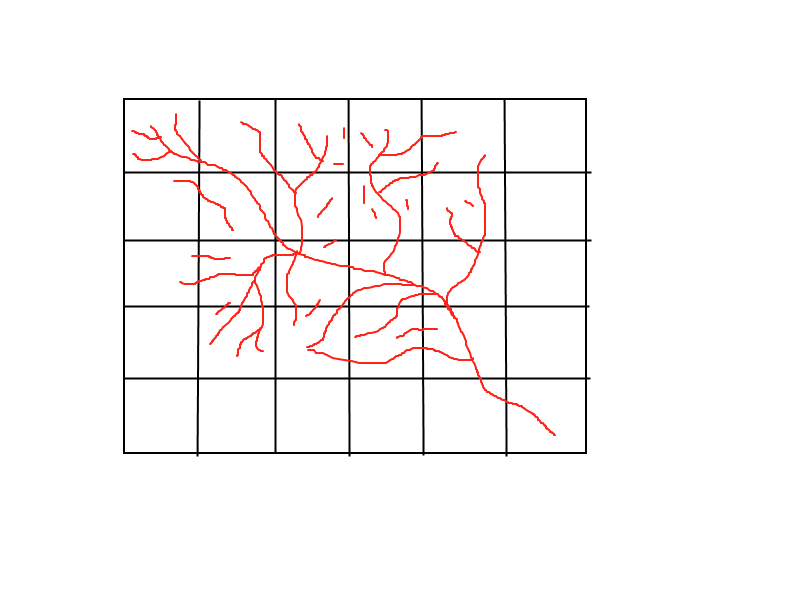 I would like to select all polylines that are contained within (and intersect) each polygon grid cell. I would then like to count the number of lines inside each cell, sum their elevations (from the attribute table) and report the average elevation of polylines in each cell. The lines can belong to more than one cell.

Aside from doing this manually using selections, which is not possible given the number of cells/lines, how can I accomplish this task?

In the end I would simply like a list of the average elevations for each grid cell - ideally this could all be done in the GIS, but exporting to a spreadsheet and performing the final calculations (average) is workable.

I doubt the null output could be due to this

Instead of using the SpatialJoin Geoprocessing too, you could try the below method.

give the parameters as per the picture below. The counts and the sum of each attributes will be updated for each polygon grid 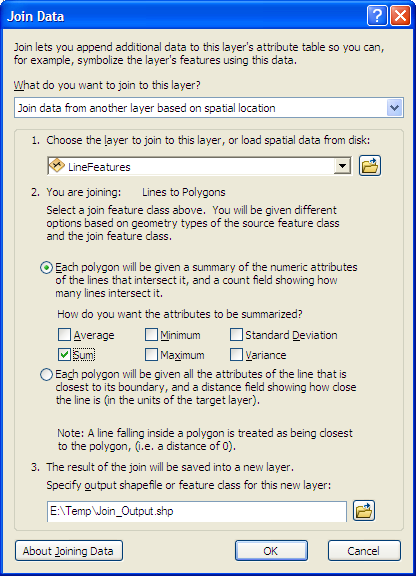 I would put a unique id in the polygon file. After you do your intersection, you can dissolve by the unique field and in ArcMap there is a few optional parameters where you can count the number of records that got dissolved by unique id as well as averaging the elevation values. You can then join this dissolved result back to the original polygon file if needed.

You can accomplish this in one step using the "Spatial Join" tool.
It is available at any license level.

The key is to right-click on each join field, such as Elevation, to define the Merge Rule. These are a few of the Merge options - minimum, maximum, mean, median, sum, first, last, count.

The output will be a new Polygon layer with the aggregated polyline attributes (per cell) attached.

Not the answer you're looking for? Browse other questions tagged arcgis-10.0 intersection or ask your own question.

7
How do I count the number of vector lines that pass though a given raster cell?

4
Merging polylines that join in ArcGIS Desktop?
3
How do I 'select' using ArcPy?
5
Obtaining a contour as a single polygon in ArcGIS?
4
Calculate polygon area inside extent
1
How to compare polylines attribute from the same GRID cell in ArcGIS 10?
6
Adding attribute features from the intersection of a grid with a point shapefile?
0
Count how many times an attribute in a polyline intersects a polygon in QGIS
1
Problem with intersecting lines over a polygon layer in QGIS
3
Length of intersections from a linestring and a grid shapefile by using Python GeoPandas & QGIS