Creating buffers in ArcGIS Pro from points with variable accuracies

I have quadrilateral forest sample plots defined by GPS coordinates (and accompanying accuracies) taken at each plot corner. Using ArcGIS Pro, I inputted these coordinates as points and created polygons defined by these corners in order to visualize the plots. I created circular buffers around each corner point, according to the calculated GPS accuracy for each point. These accuracies are variable for each point, so the point buffers are variable in diameter.

Since my GPS coordinates have poor accuracy (3m to 10m), my original plot polygons aren’t very accurate. In order to capture that error, I want to create broader plot quadrilaterals based on the buffers around corner points (rather than using the corner points themselves). The goal is to capture the greatest extent of the plots based on the GPS accuracy.

I tried using buffers to make new quadrilaterals, but this only worked when the accuracies of the corner buffers were equal. I used the “Buffer” tool to do this, inputting my 4 corners and the common accuracy for the points. (Picture 2)

This approach did not work when the accuracies of corner point buffers were not equal. Are there tools or features within ArcGIS Pro that I can use to create quadrilaterals (buffers or polygons) like this? 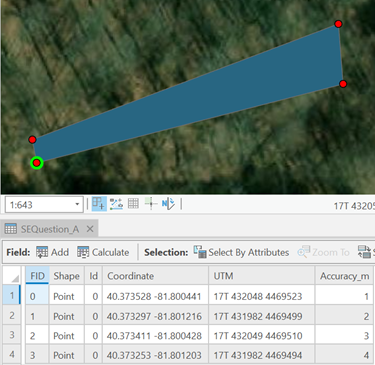 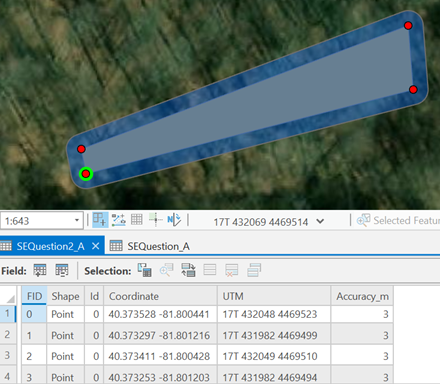 No need to create quadrilaterals. Simply buffer your points and dissolve them using plot ID to multipart shapes, each containing 4 buffers: 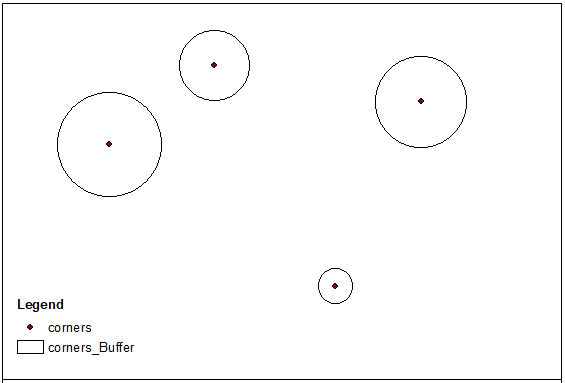 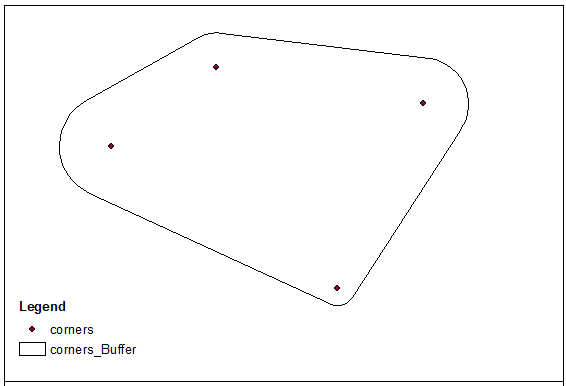