It seems that gdal tools aren't able to deal with this nodata value, and qgis doesn't seem to be able to recognise it either. In the layer styling, there's an entry for -3.4e+38 set to 100% transparent, but it still displays such values, even though the "Identify features" picker shows them as having value -3.4e+38.

I have tried creating a vrt to convert the nodata values to -9999 instead, but that hasn't worked either.

How can I process such files to have usable nodata values? 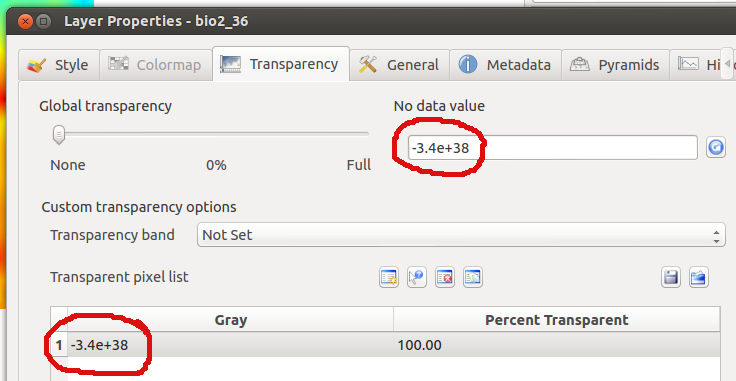 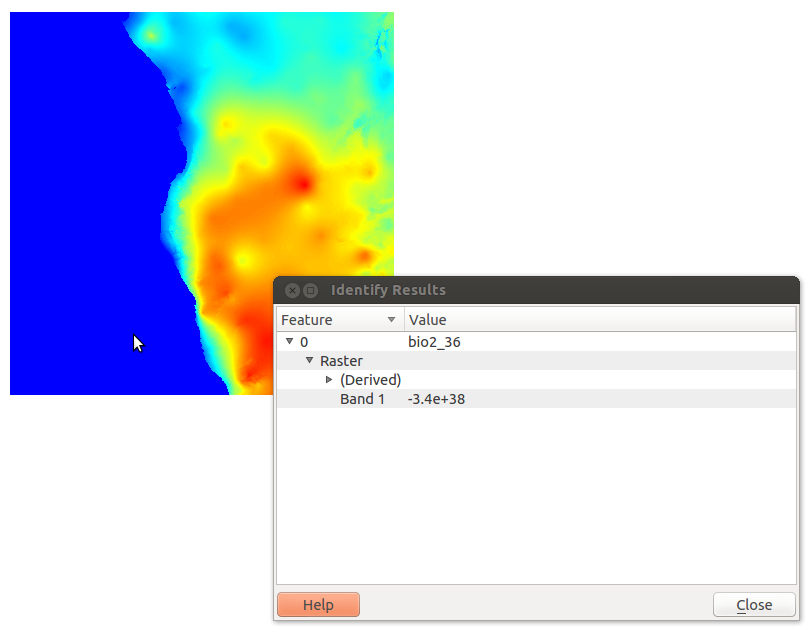 If you want to change the NoData value using GDAL you could use gdalwarp or perhaps gdal_translate and set the nodata value to an integer from there (-dstnodata and -a_nodata respectively). For inastance, I have had success setting my NoData Value to -999 in a 64bit float raster in the past. However, given that we've established there is a floating point issue in this regard, I wouldn't like to guarantee this will work in all cases though.

I managed to find a workaround for this issue by converting the data format to Int16 from Float32. The minimum value is then -32768 and can be processed as a nodata value. The following command did the trick:

There's probably a better solution, but this solves my immediate problem at least. 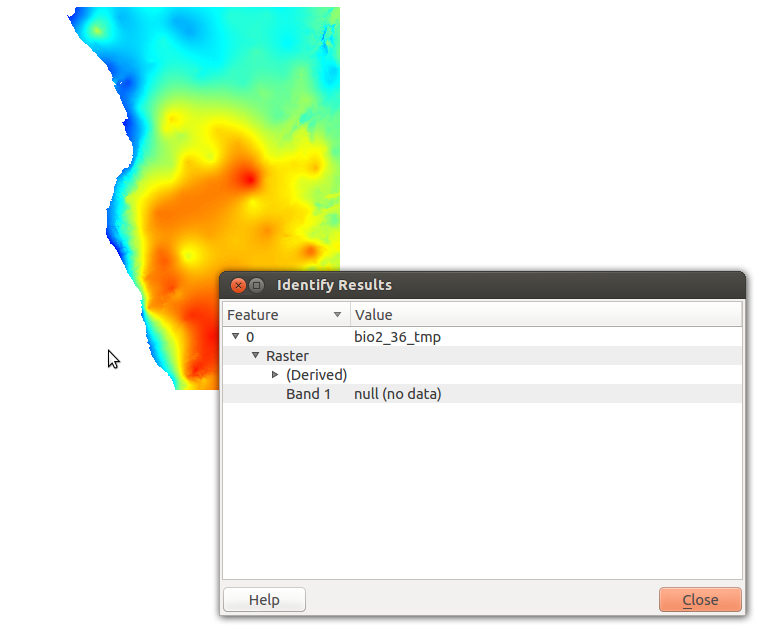 The answer to this question would probably also solve this problem: Changing nodata pixels of -3.40282347e+38 to a different number in QGIS

In summary, you can use r.null from processing toolbox to change the values.

stustu
19311 silver badge77 bronze badges
Add a comment  |
0
Want to improve this post? Provide detailed answers to this question, including citations and an explanation of why your answer is correct. Answers without enough detail may be edited or deleted.

Not the answer you're looking for? Browse other questions tagged qgis raster gdal or ask your own question.