I have a DEM that was produced from drone images at a site of interest, processed through Agisoft Metashape. Because I used a drone, the site-level DEM boundaries/edges are irregular rather than rectangular, such as the DEM tiles derived from satellites.

I also have several DEMs of the area around the site produced from various satellite images/sources, such as ASTER and SRTM.

I would like to merge my drone-derived site DEM with one of the satellite-derived regional DEM tiles in order to do a visibility/viewshed analysis. I'm using ArcGIS Pro.

It is important to use the fine-grained, drone-derived surface data from the site, which takes into account walls and small variations in topography. But I also need the surrounding regional terrain, which is mountainous and one can see the other side of the valley from many given observer points. I don't need fine-grained resolution for those areas, but I still need them to be part of the terrain used for visibility analysis.

I haven't found a tool (or tool setting) in ArcGIS Pro that will successfully merge my drone(site) and satellite(regional) DEMs and my best guess as to why is that one of my DEMs is irregular in shape. I'd like to give my site-level DEM priority where they overlap.

Do my two DEMs have to have the same cell size to merge?

I do not know ArcPy.

You could use a Raster Calculator expression:

You will need to set the following Environments: 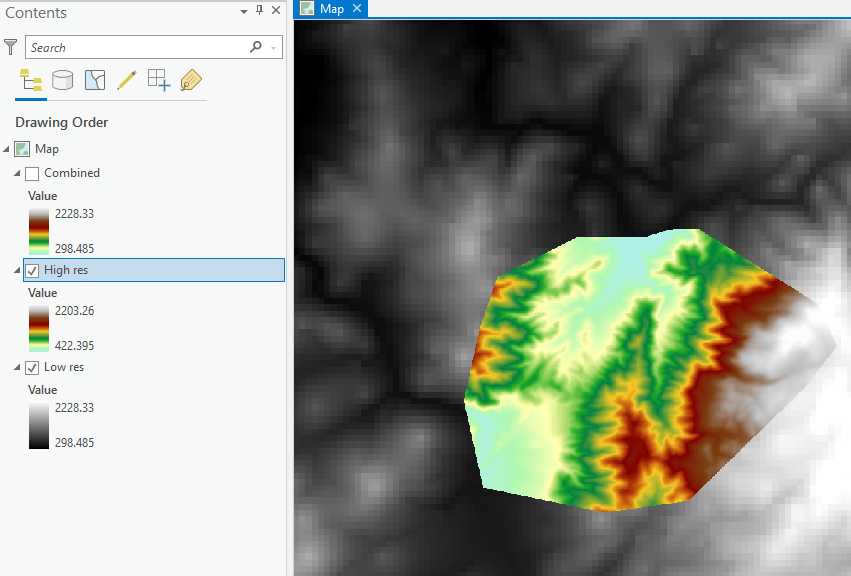 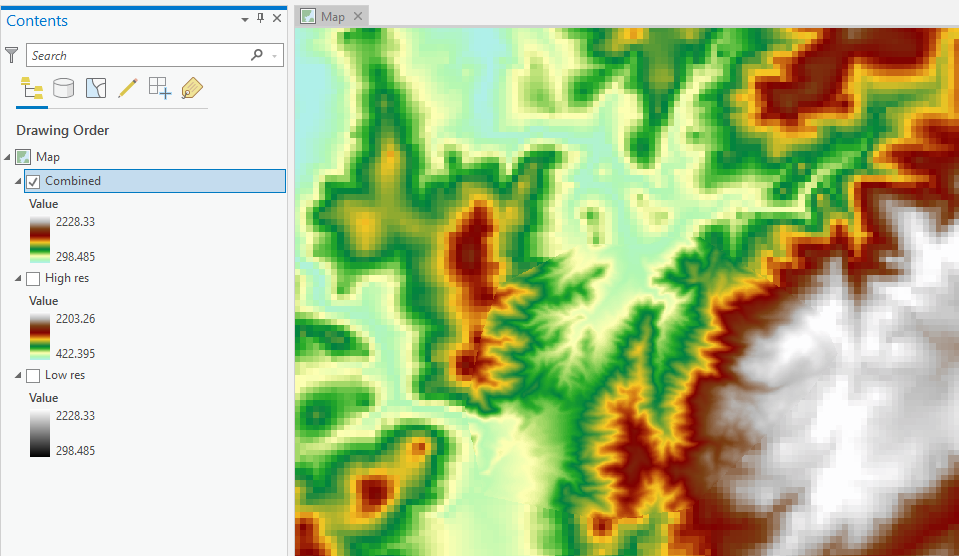 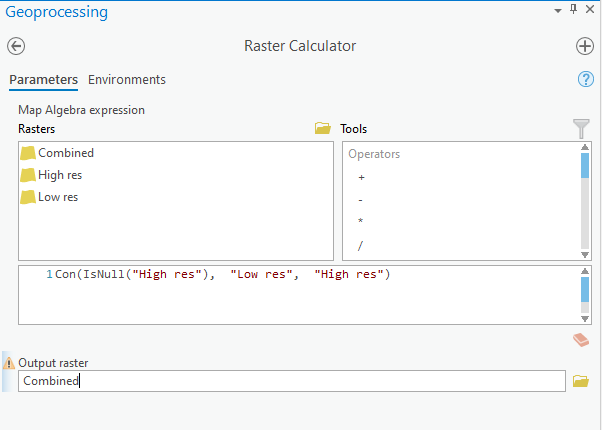 If your High res DEM doesn't have it's NoData value set, but you know what it is, you can use the following expression (in my data 0 is NoData, but it could be anything that's not a valid elevation): 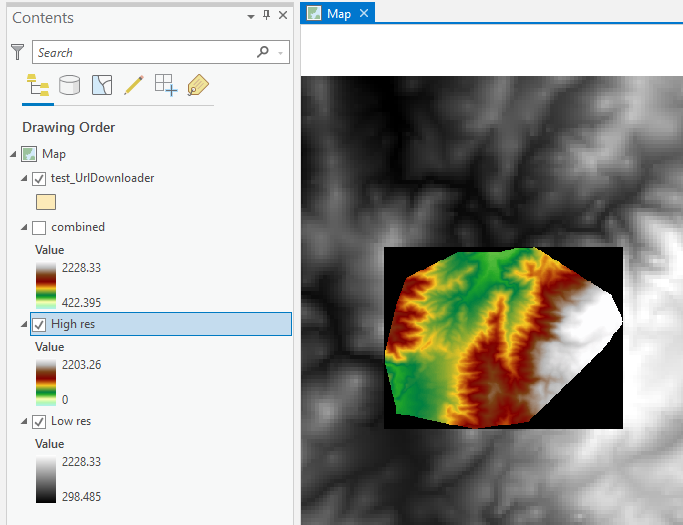 Not the answer you're looking for? Browse other questions tagged arcgis-pro dem merge unmanned-aerial-vehicle or ask your own question.

5
Failing to merge rasters in QGIS
2
ArcGIS, mosaic first or calculate first
2
Filtering noise out from bare-earth DEM with terrace fields?
5
DSM quality lower in ArcGIS Pro than PhotoScan
1
What is SOA (slope of aspect)?
2
How do I get accurate DTM from DSM to get tree height?
1
Padding DEM raster using ArcGIS Pro
1
Correcting Drone-DEM data for Mosaicking using ArcGIS Pro