I have vector points I have uploaded in a CSV file. The coordinates from the surveyor were in Map Grid of Australia (MGA2020). The base map I use is Google Maps which I also change the CRS to MGA2020 however when I add the vector points they appear somewhere in France rather than Australia.

Additionally when I move my cursor over the screen the co-ordinates shown on the lower toolbar next to the scale look wrong to me. 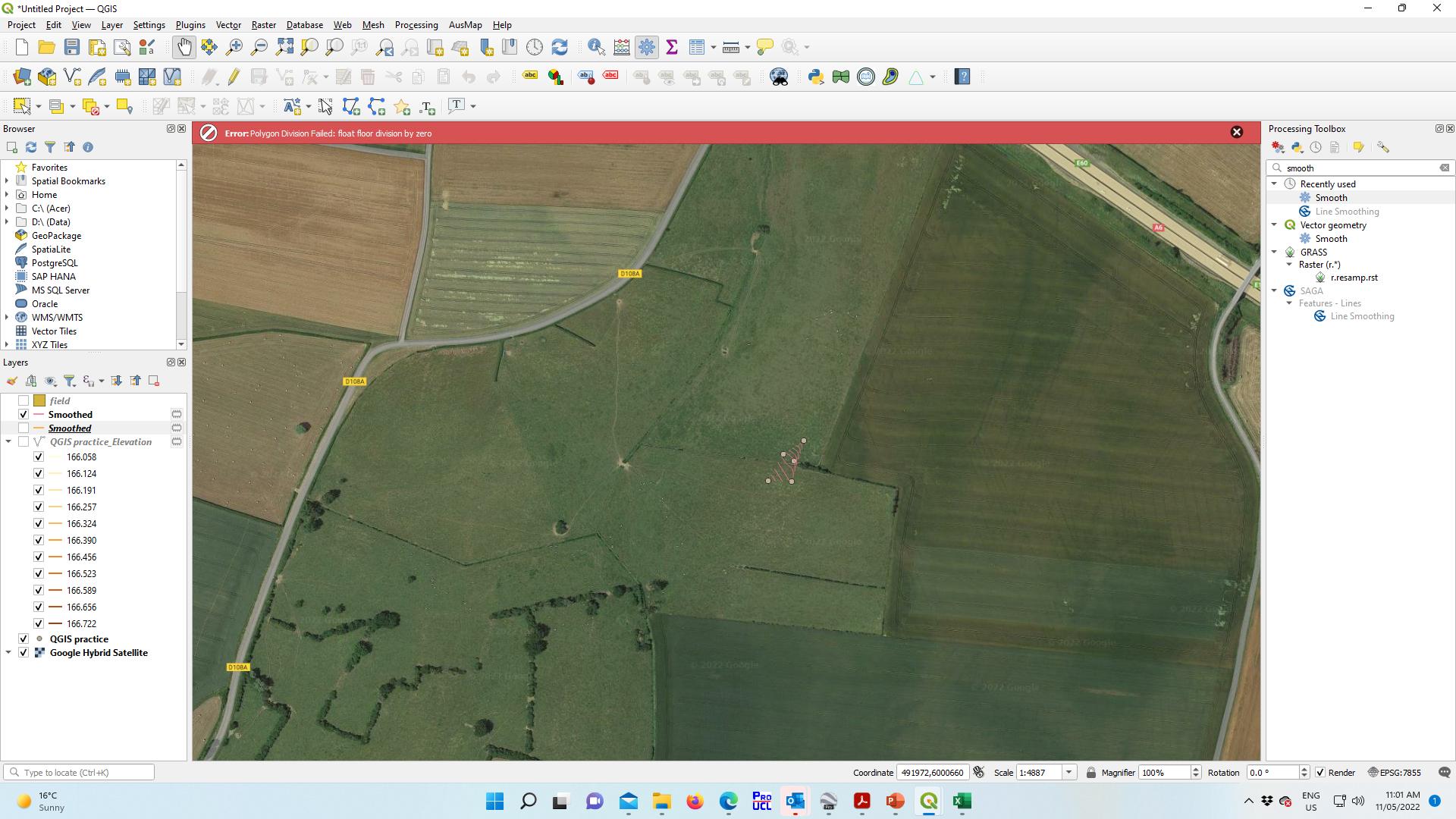 qgis coordinate-system csv google
Share
Improve this question
edited May 11 at 1:05
Trish Jones
asked May 10 at 7:05

The steps for getting the projections right in this case:

The way you describe what you have done, it sounds to me as if you have changed the google maps projection in the layers properties under Source. This projection should never be touched unless it is wrongly defined in the data source.

I was just about to add on to what @MortenSickel suggested. Exactly how it should go. Glad you have it sorted. I also use 2020/55 for my projections. Food for thought - when dealing with DMS etc.. When we get csv of points - I will convert the coordinates into Easting and Northing to accommodate my ESPG: 7855. I use https://geodesyapps.ga.gov.au/geographic-to-grid

^ This of course is handy when what is given is Lat/Lon.

Not the answer you're looking for? Browse other questions tagged qgis coordinate-system csv google or ask your own question.

5
Data points Imported into QGIS are in the middle of ocean
2
QGIS CRS reprojection creates empty files and misbehaves
3
Adding points defined by Latitude and Longitude to map using QGIS?
1
points not plotting in correct location
3
Point dataset from CSV showing up outside of known region
1
CSV file does not display points in QGIS 3.6
4
Why is the following CSV file not being loaded as a points layer in QGIS?