Selecting points which touch "boundaries" of another polygon using QGIS

I have an quite complicated polygon shapefile and a lot buffers around points (second shapefile).

I found this solution for PostGIS (How do I select points within a specified distance of a polygon's border?), but the query can't be used in QGIS.

The buffers were only created in order to get the points with a certain distance to the polygons boarder, that's why also a query using a distance and the points would work.

I think this expression from PostGIS should be reformulated for QGIS: 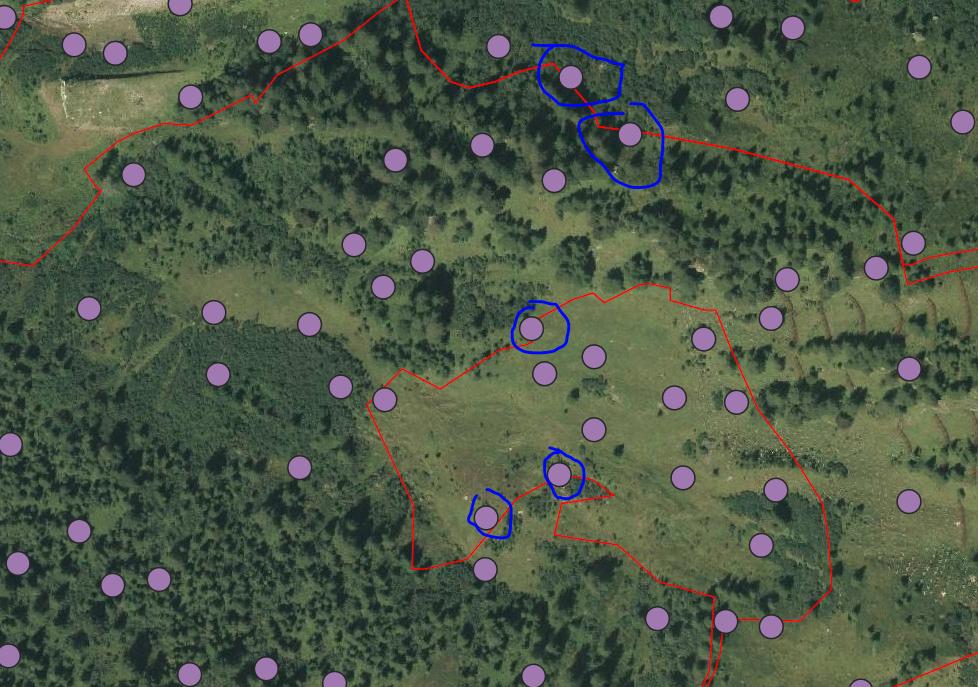 You can use "Select by expression" via QGIS's Processing Toolbox (Ctrl+Alt+T) or attribute table (F6). Run it on your points layer and use this expression:

This way you don't need to create the boundaries of your polygons as new layer. Adjust the name of the polygon layer and the maximum distance. 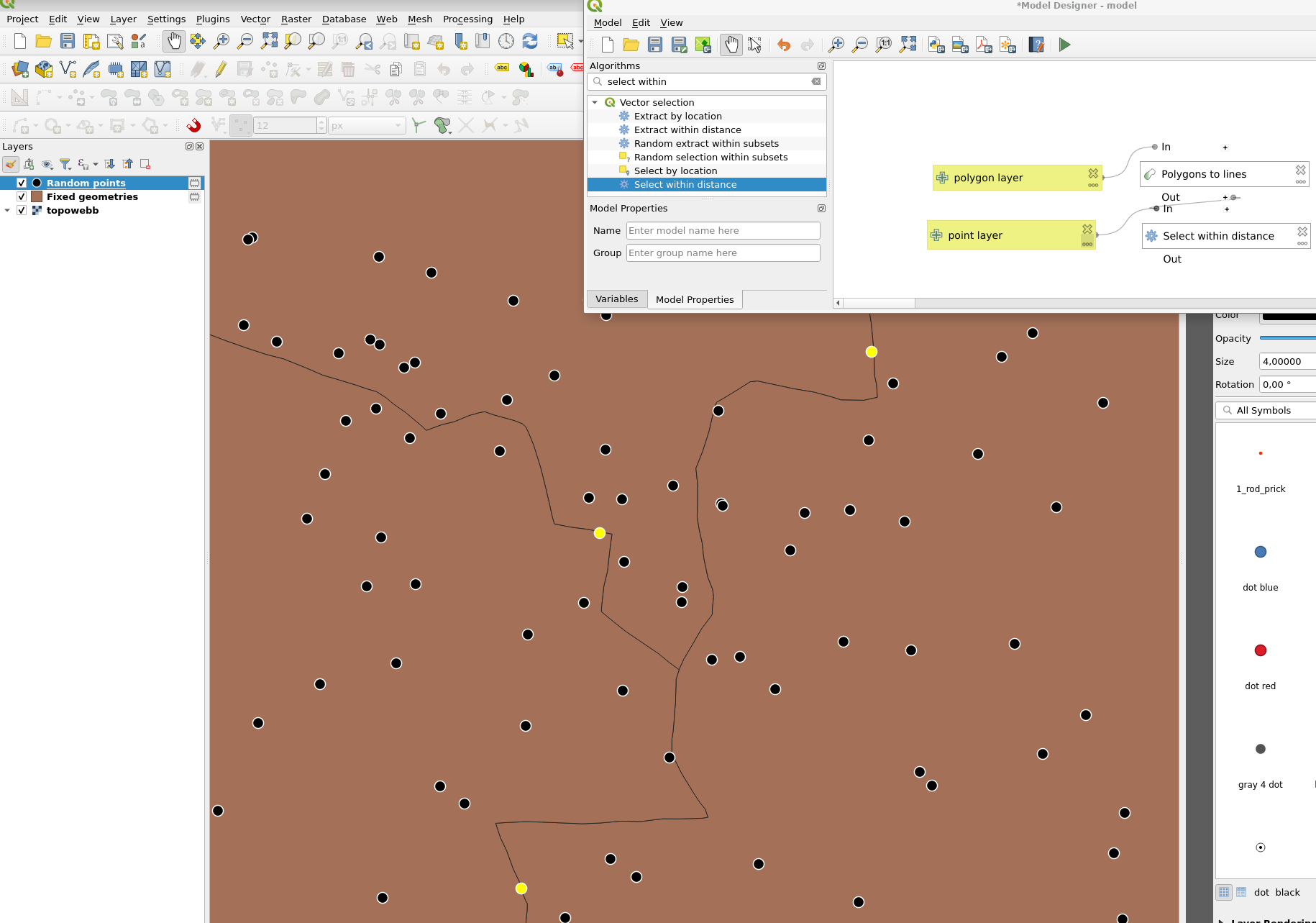 Not the answer you're looking for? Browse other questions tagged qgis shapefile polygon point select or ask your own question.

5
How do I select points within a specified distance of a polygon's border?

57
Selecting features within polygon from another layer using QGIS
2
QGIS spatial query - points within certian elevation contour intervals
3
Distance from edge of each polygon to nearest point, such that points within each polygon aren't included
1
converting polygon data points (shapefile) into point datapoints (another shapefile), using QGIS
4
Calculating distance between points only within same polygon in QGIS
5
QGIS Select points within ONE polygon in a different layer