R - gdistance: setting to 0 the conductance values of cells corresponding to a polyline

I aim at setting to 0 (i.e., not traversable) the cells of a transition matrix (storing conductance values) that correspond to a (poly)line.

Where I am stuck

I am having hard time to figure out how to modify the values of the transition matrix.

Hereunder, I am pasting a code that calculates the least-cost path (lcp) between two locations. The cost is conceived in terms of walking pace (i.e., reciprocal of speed), on the basis of the Tobler's hiking function. The code is after literature ('gdistance' package documentation).

The code produces the following: 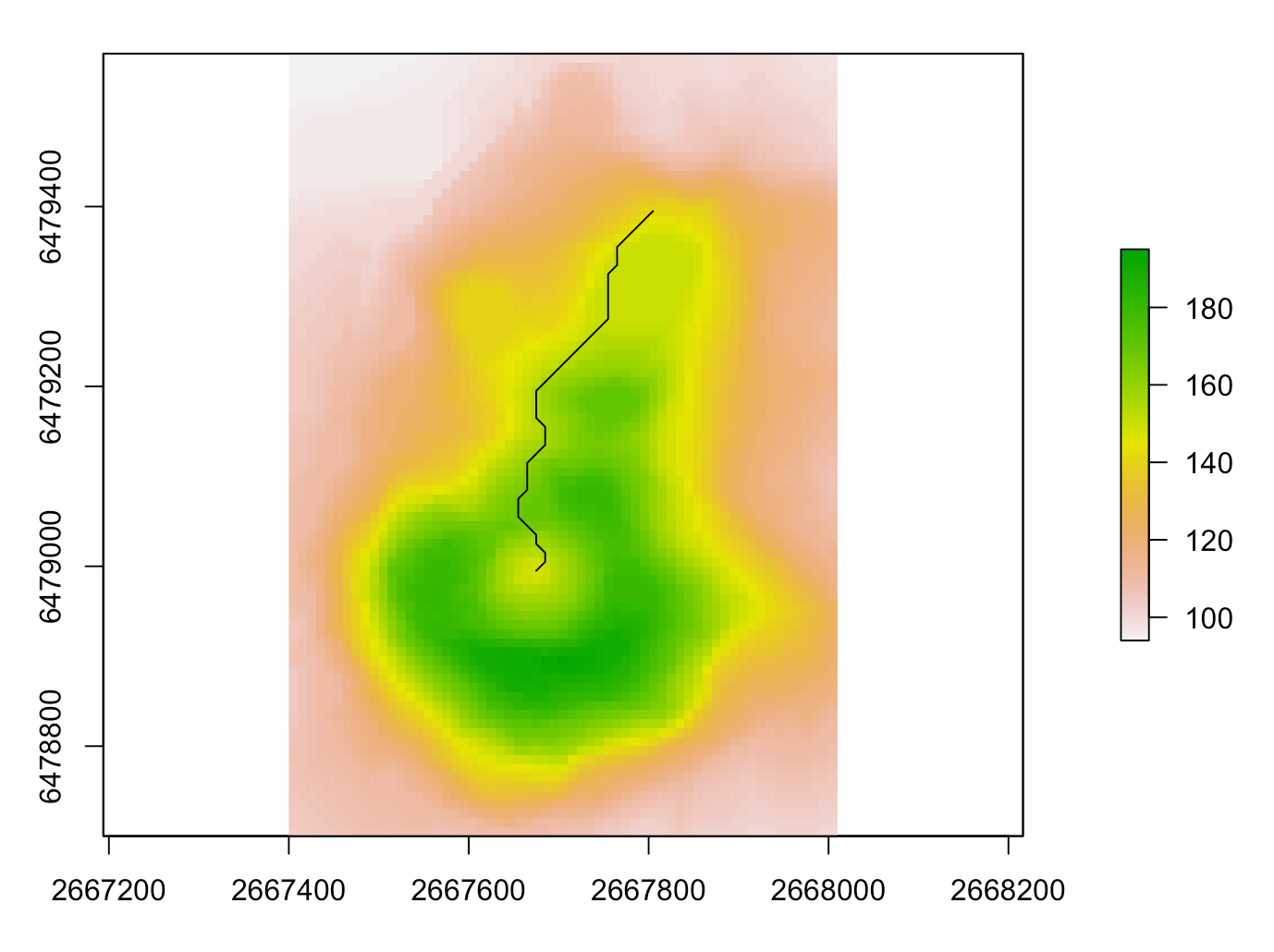 Now, I would like to calculate the lcp between the two locations a second time, but this time setting to 0 the conductance value for the cells that correspond to the lcp previously calculated. In other words, I would like to come up with a "second best" lcp. As far as I understand, this would entail "editing" the transition matrix in order to set those cells to 0, but I am at loss of figuring out how to accomplish that.

Transform your first AtoB path into a 0/1 raster, invert the values and create a new raster with 0 values on that path.

Now you can change your heightDiff function to introduce an ifelse statement considering these 0 on your path.

Then you can build a secondary path avoiding the first one.

The result should show you a secondary path (on the image blow, a plain line - the first one is dotted). 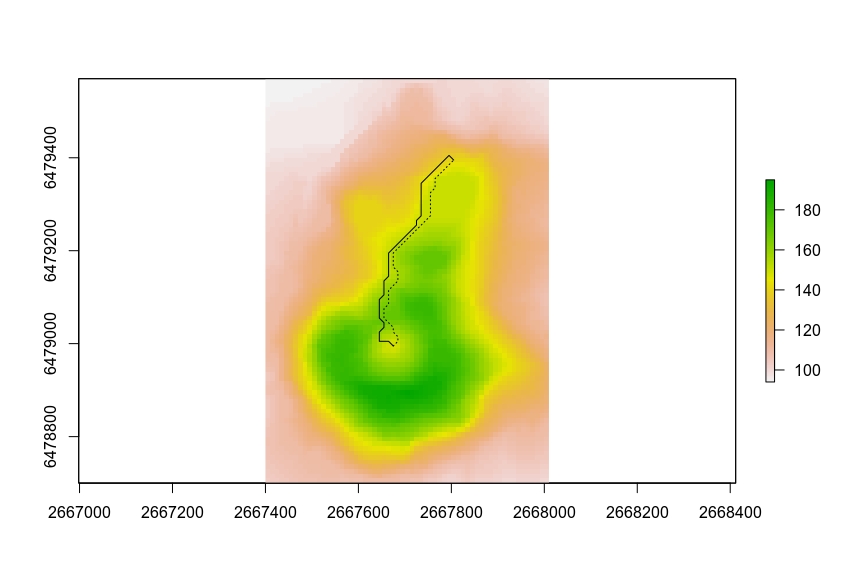 Not the answer you're looking for? Browse other questions tagged r cost-path cost-surface least-cost or ask your own question.