I'm currently trying to produce a true color pansharpened Landsat 7 image in Google Earth Engine. I've included my code below and a subset of the resulting image. I'm simply using the rgbToHsv function to convert the true color bands for Landsat 7 (B3, B2, B1) to HSV then subbing in the panchromatic band and converting back to RGB. This process has worked for Landsat 8 and even worked on this same Landsat 7 image when I included the false-color bands (B4, B3, B2). However code below image results in a sharpened image but for some reason vegetation appears cyan-blue instead of the expected dark green color. I've included a screenshot of the resulting image. The issue with the color is most noticeable in active agriculture plots. I can't figure out why the resulting image is blue in places. Initially I thought I included the wrong bands for True Color with Landsat 7 but that doesn't seem to be the issue.

Does it have something to do with the rgbToHsv or hsvToRgb functions? 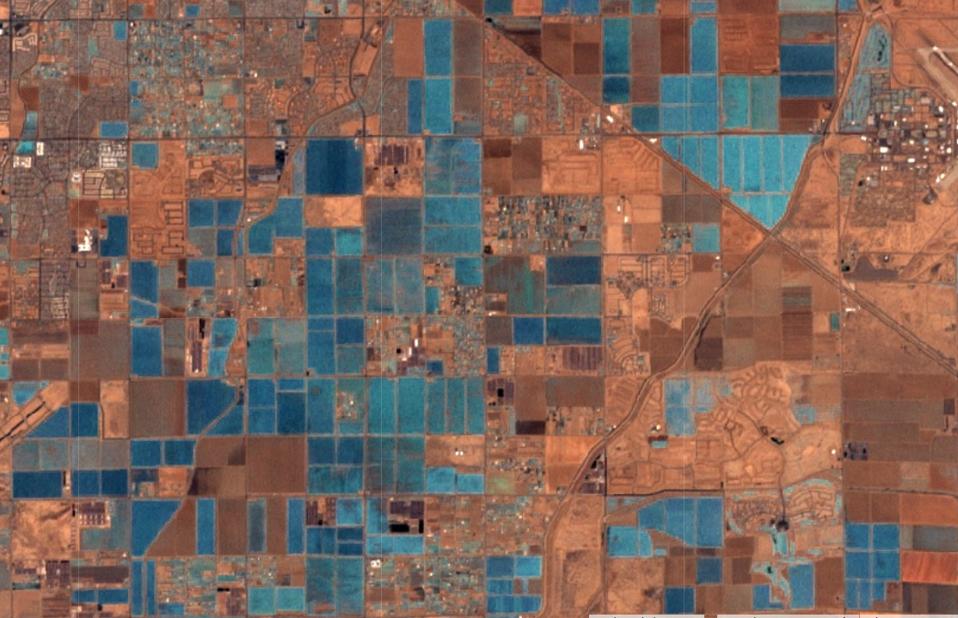