In PostGIS, how to identify intersecting line segments, but not matching start and end nodes

The query shown below selects all intersecting start and end nodes, but NOT the crossing segments (which is what I want)

graphic of lines and intersection points: 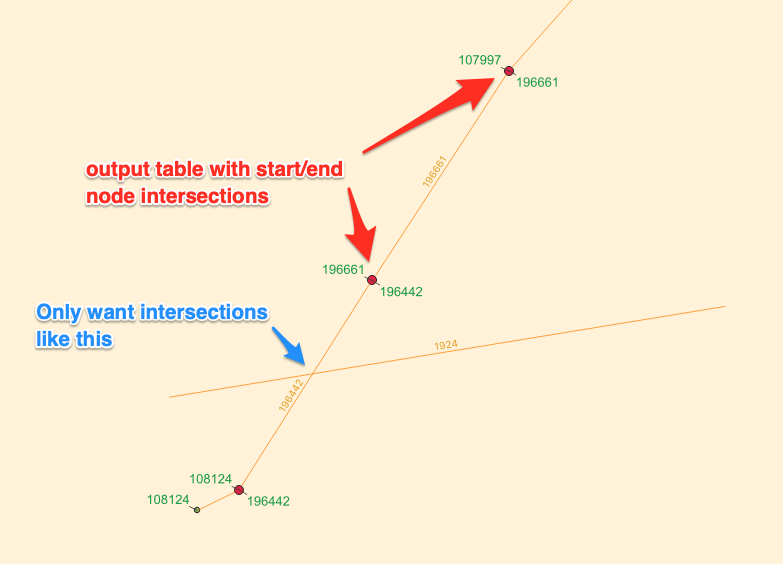 To find lines which intersect in the interior of both lines, a query is:

To find intersections where at most one of the lines can intersect at an endpoint, the query has to select line pairs which intersect but where their boundaries do not intersect (the DE-9IM pattern F):

3
Line start and end nodes: determining what is a junction
2
Change line into multiple segments where they overlap with nodes and vertex (qgis)
13
In PostGIS: how to split linestrings into their individual segments?
1
Locate start point, end point intersecting line in a polyline
5
Generating start and end points for individual road segments
1
Snapping end points of line to point using PostGIS
4
PostGIS order intersections of line and polygon