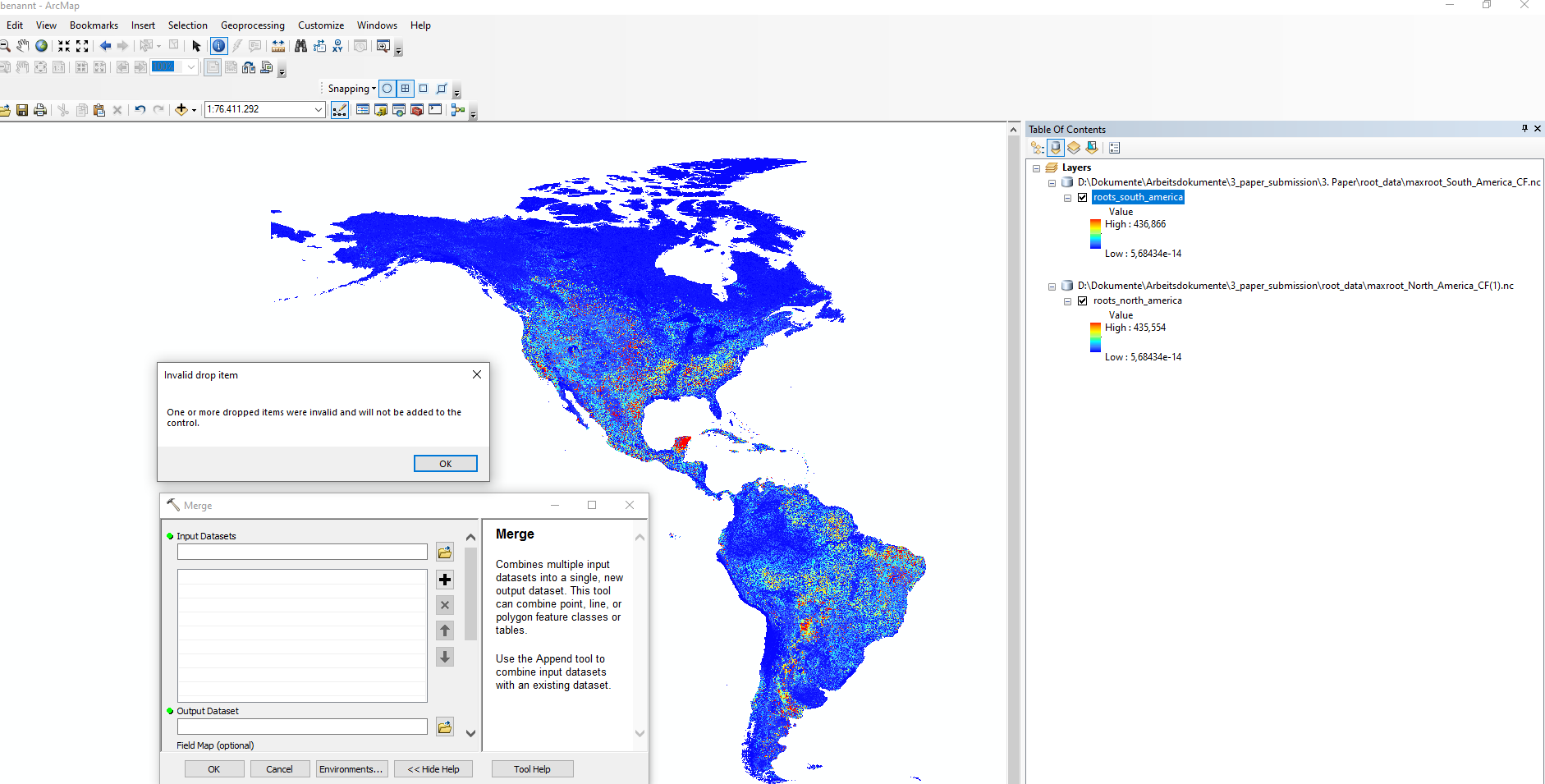 My procedure was as follows: I added the two .nc-files to ArcMap via:

Onwards I tried to merge them via

However, I cannot drag and drop the two nc layers into the Merge-tool as it says the dropped items are invalid. I did also not find another tool which joins those two netCDF raster layers.

If you read the usage section of the help file on the Merge tool it clearly states for the inputs parameter "....datasets can be point, line, or polygon feature classes or tables". Merge works on VECTOR data not RASTER.

You need to convert your netCDF into raster layers and then use the mosaic to new raster tool to combine them into a single raster. Read the help file and explore the Multidimension toolbox.

Not the answer you're looking for? Browse other questions tagged arcgis-desktop arcmap spatial-analyst merge netcdf or ask your own question.