Representing difference between polygons only with Symbology in QGIS

In QGIS 3.22 I am trying to visually represent a difference between polygons after its change. In the end I want to know where the polygon was enlarged (#72ff85) and where it was degraded (#ff7272).

Let's assume there is a polygon layer called 'master', see the image below. 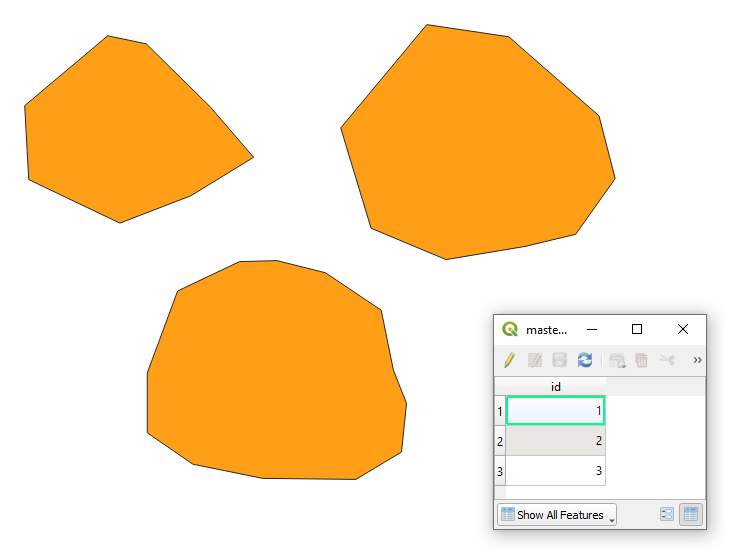 Later on the 'master' layer was saved as 'branch' and manually edited, see the image below. 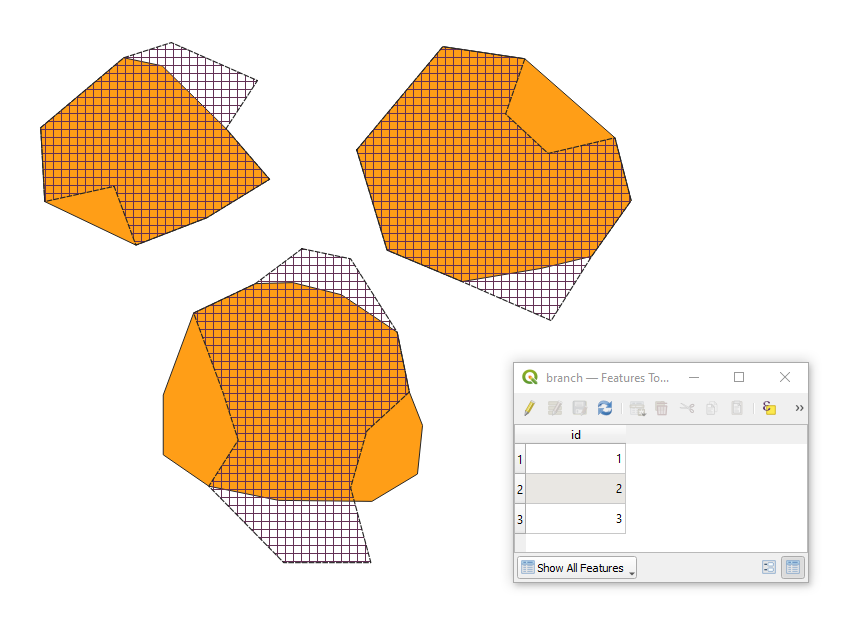 Hereupon I want to visualize the difference between these two polygon layers. For that purpose I duplicated the 'branch' layer and applied the following graphical settings: 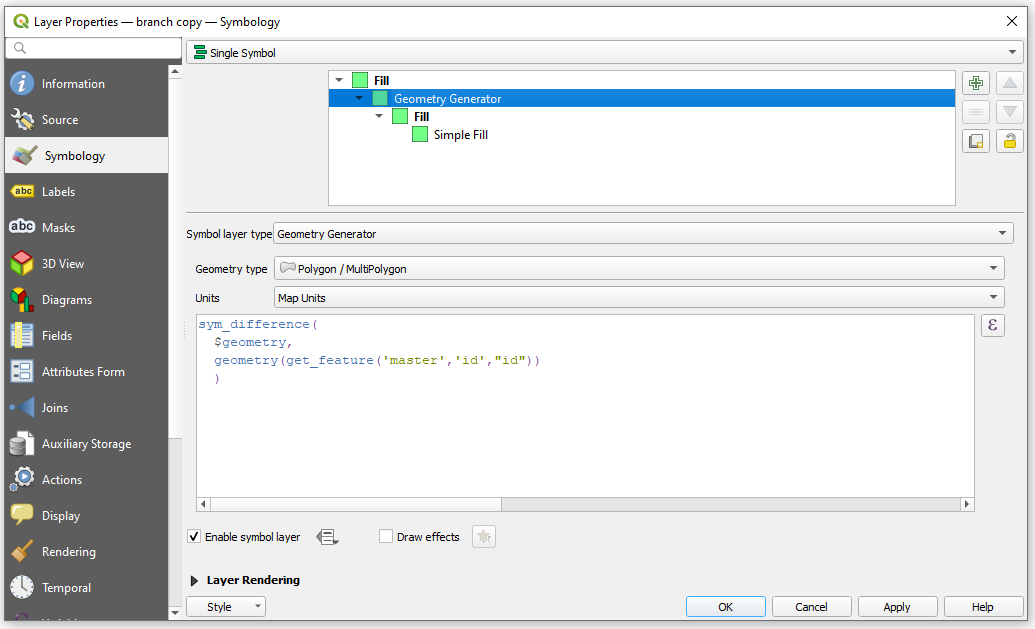 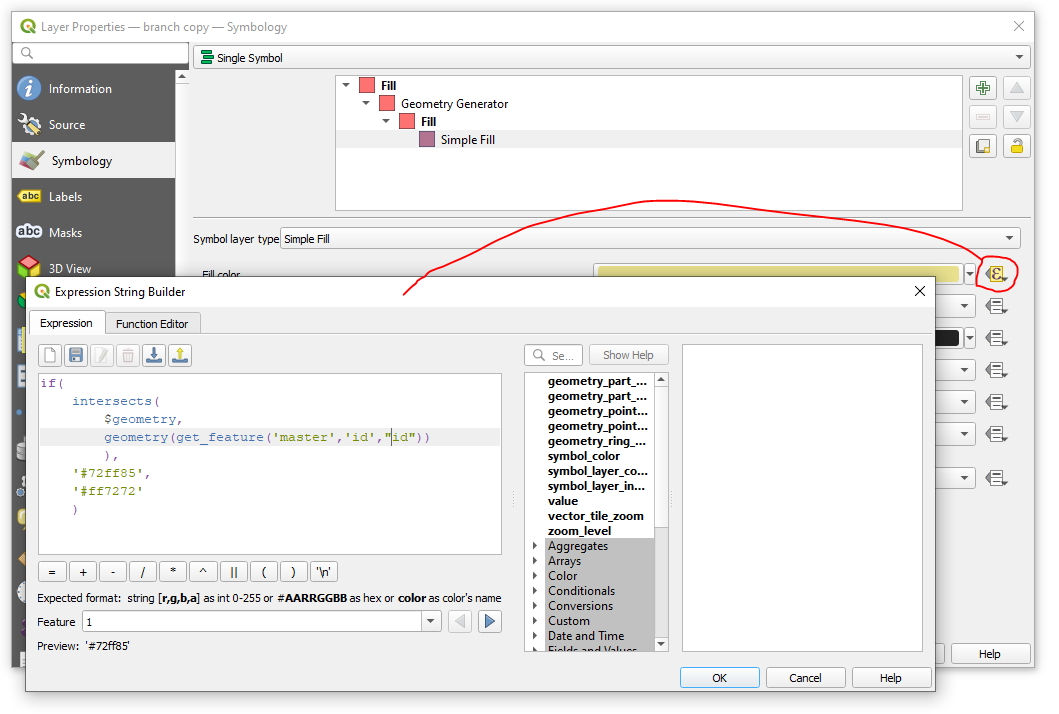 However, I ended up with nothing meaningful. Seems like the output of the Geometry Generator is a MultiPolygon for which the expression does not work. 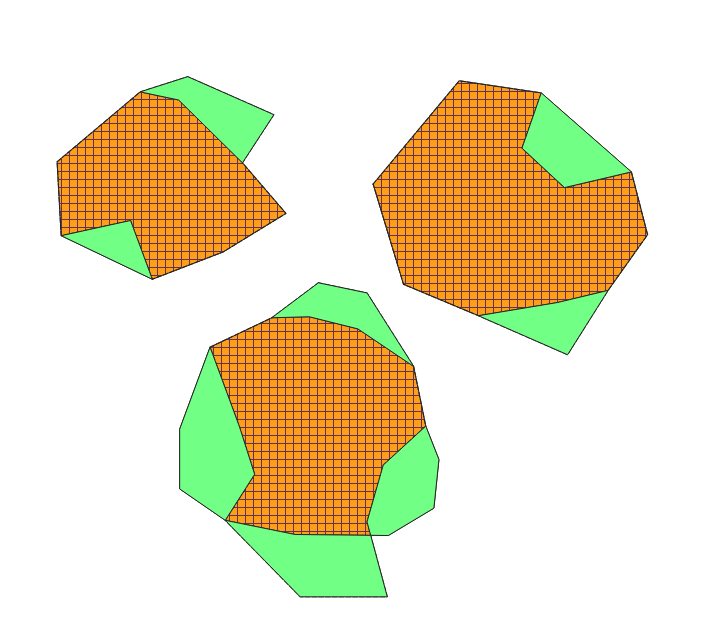 How can I achieve my visual aim just with Symbology from the Layer Properties menu?

I could get the desired result after using several geoalgorithms one after another, namely the "Symmetrical difference" and then the "Multipart to singleparts". And also applying some settings for the colour: 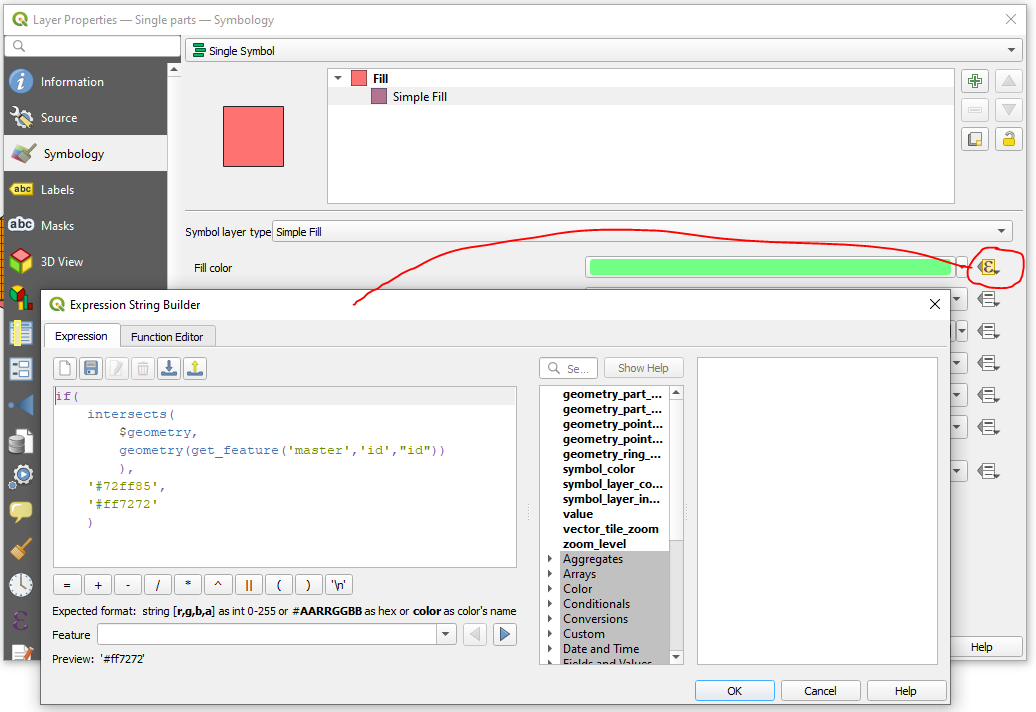 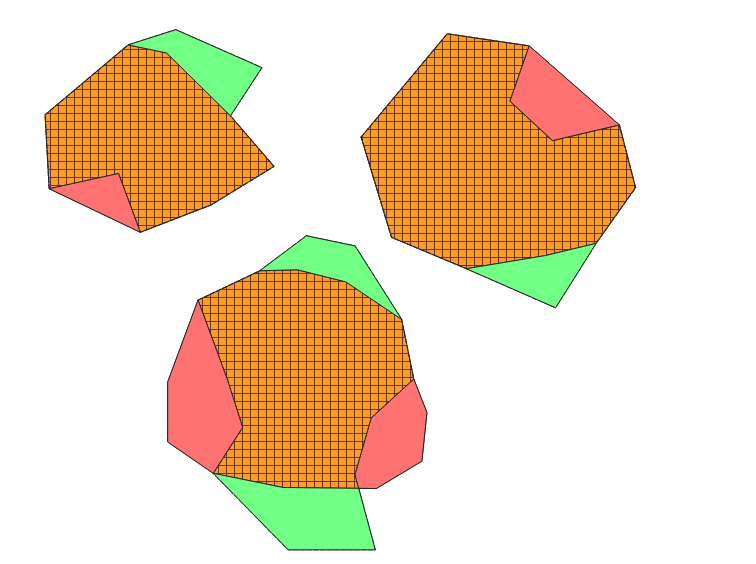 As you have Multipart geometries, you must be able to address each part individually. This can be done using the variable @geometry_part_num (current geometry part number for feature being rendered), combined with geometry_n(). See below for more detailed explanation.

Then use a within() function and make sure that the parts of your layer 'branch copy' are really completely within the corresponding feature of the layer 'master' by applying a small, negative buffer().

Use this expression to override color: 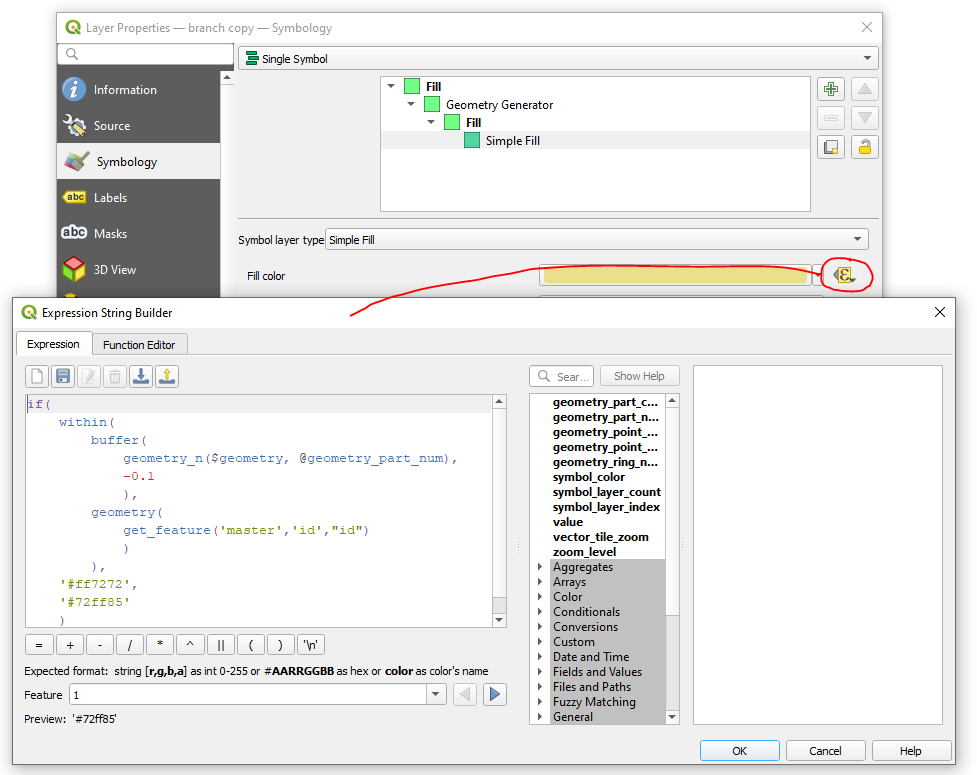 and get the output: 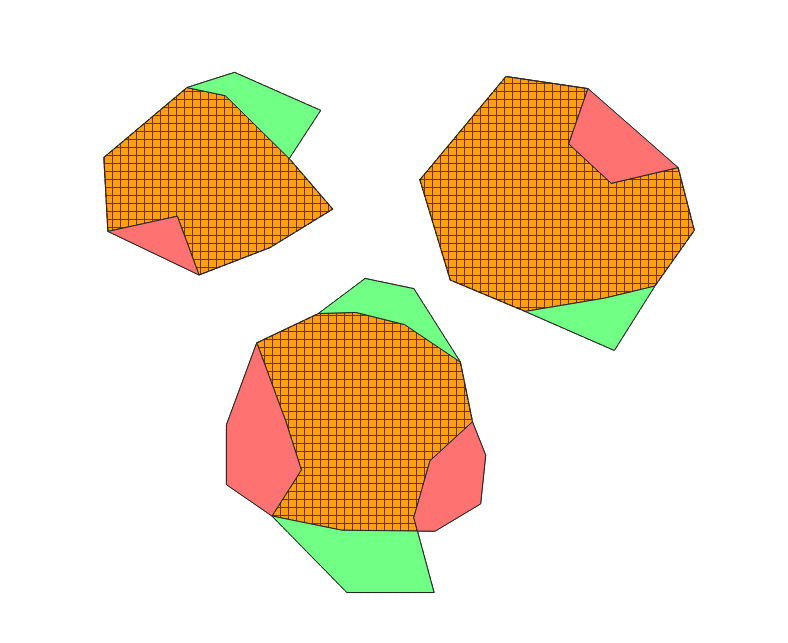 How the above expression works

When you create symmetrical difference with Geometry Generator on your layer 'branch copy', you get Multipart geometries. Using @geometry_part_num, each part gets an individual number. Using geometry_n(), you can create each part as a separate geometry.

Each of these separate geometries is then checked individually if it is within a feature of the layer 'master'.

Not the answer you're looking for? Browse other questions tagged qgis polygon symbology style visualisation or ask your own question.