However, the problem is that none of the Match Options seem to perfectly capture all of the traffic. Some of the traffic is double counted because the extent of the bin sometimes falls across the boundary of two or more coverage polygons. Using the intersect option is a perfect example of this happening. Since the bin intersects more than one polygon the amount of traffic for the bin is summarized into the total for each polygon, resulting in an inflated sum. Using other match options like "Contains" or "Closest" still results in imperfect capturing of the data and either inflates the sum or does not sum up perfectly to the total of 437Gbs. Below is an example image with areas circled where bins overlap with more than one polygon and are either doubled counted during summarization or not counted at all. 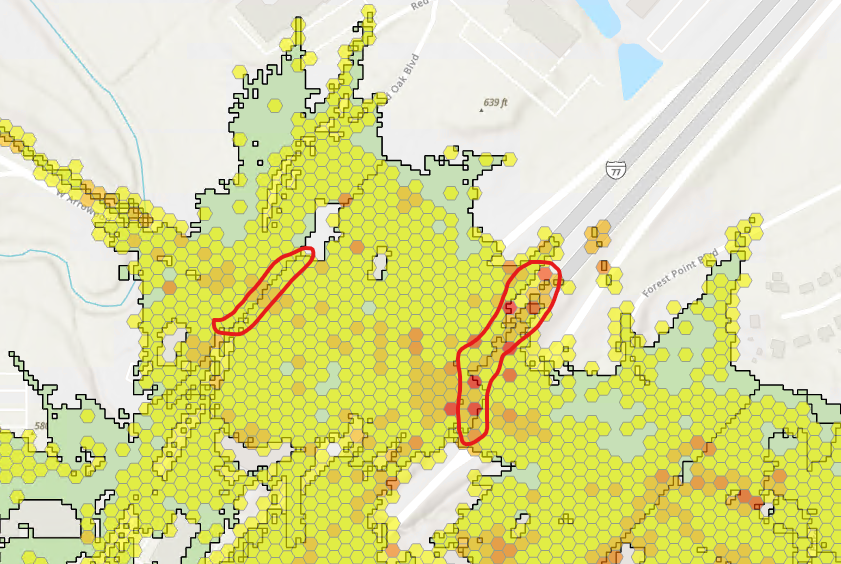 Is there perhaps another method of performing this spatial join that would result in a perfect capturing of the data?