I am using QGIS right now to create an election swing map. This is different from a usual election map in that it measures differences in winning margins from one election to another. For example, Joe Biden could have won a precinct by 100 points in 2020, after Trump beat Clinton in that same precinct by 100 points. That would be a swing of D+200.

Well, even though D/R+200 is the maximum possible swing, some precincts never reach that level. This complicates my graduated classes. 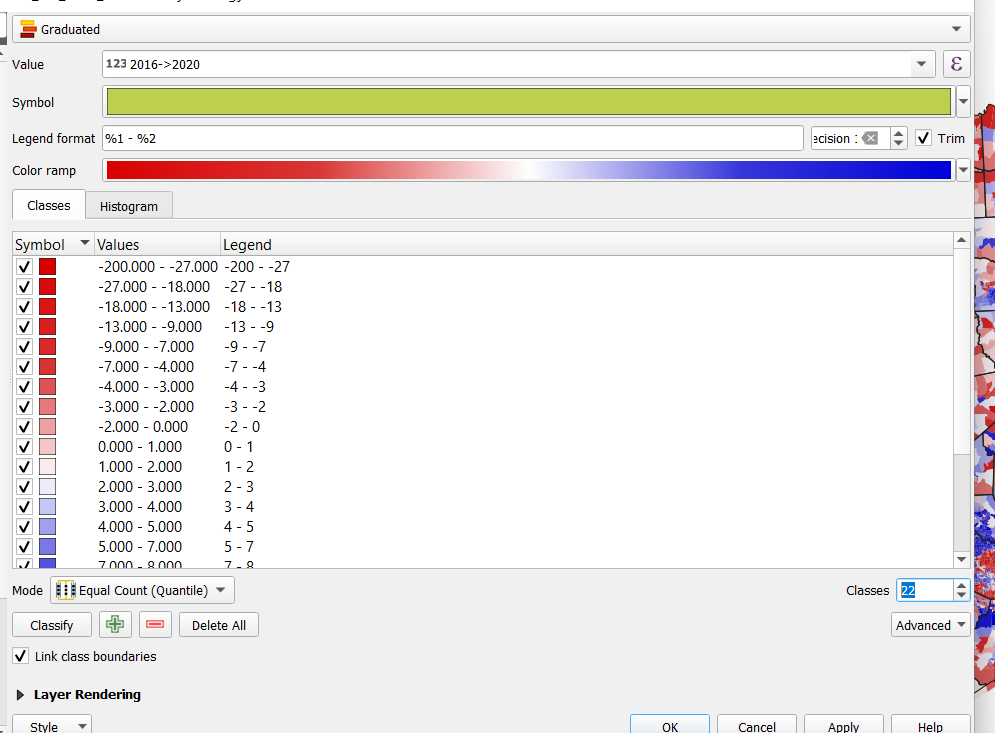 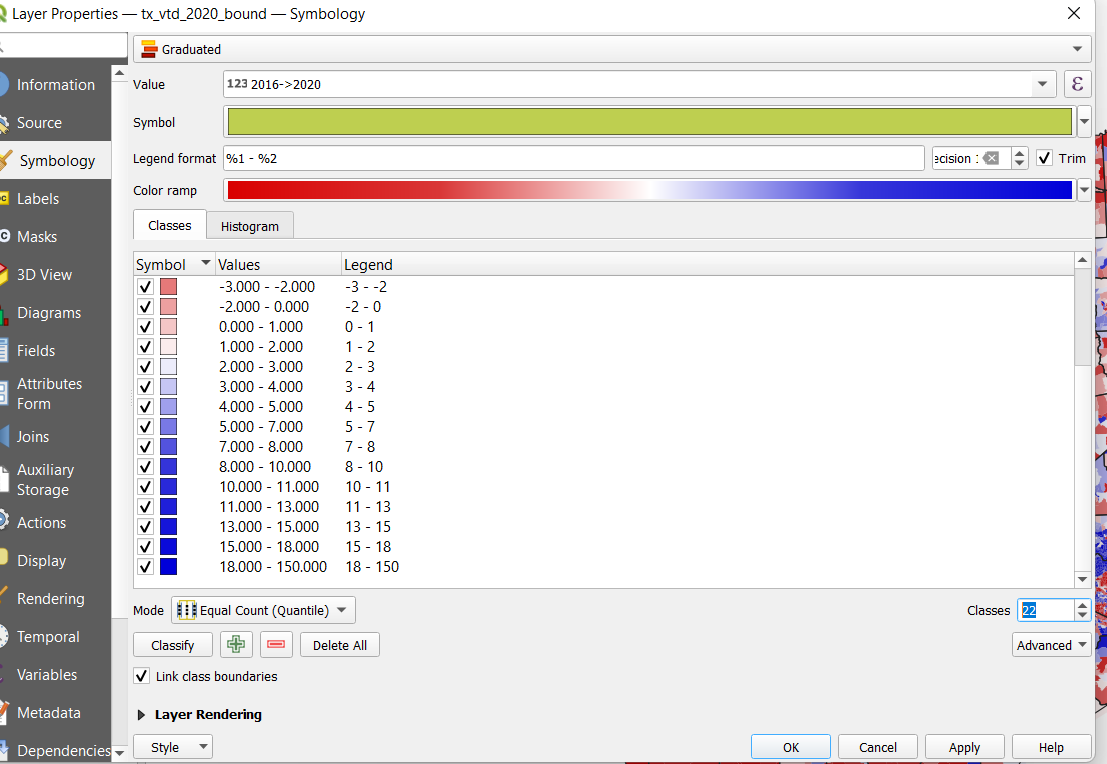 I have used all the other modes (equal interval, logarithmic, etc.), and none are able to create the color scale I want. I'd like to make 999 classes, separated equally, only that after D/R+100, it would go on to infinity. 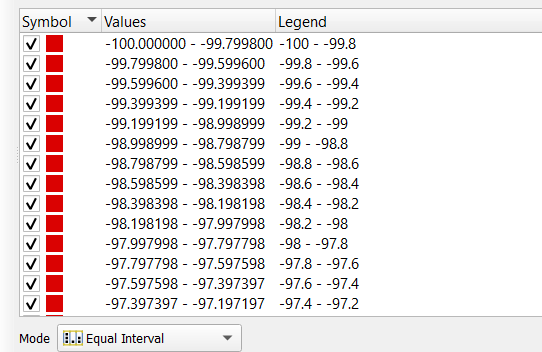 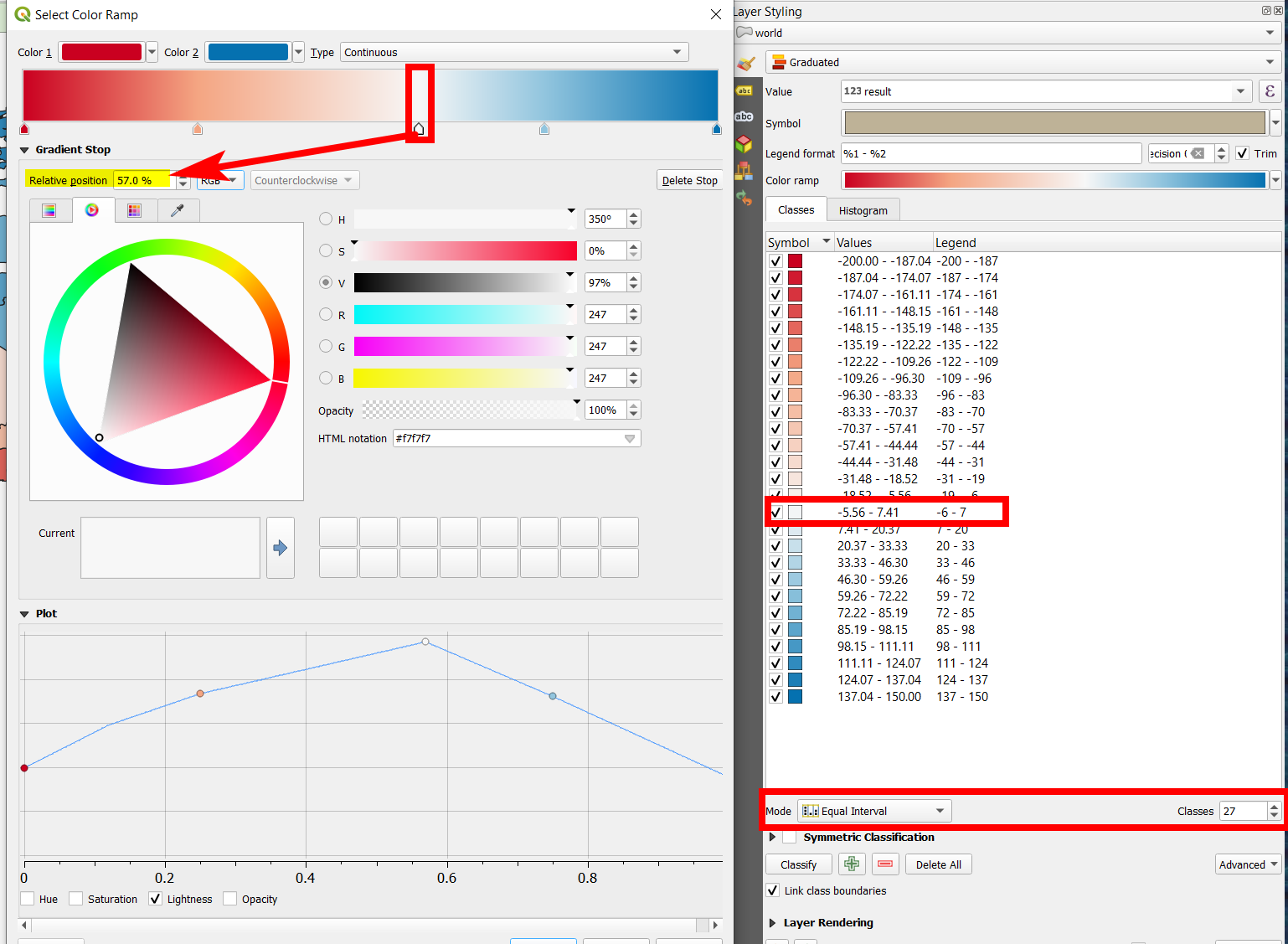 Consider deleting all the other color position tabs (except the first/left/red one and the last/right/blue one) to get a continuous color ramp.

All but the first, middle and last tab deleted: 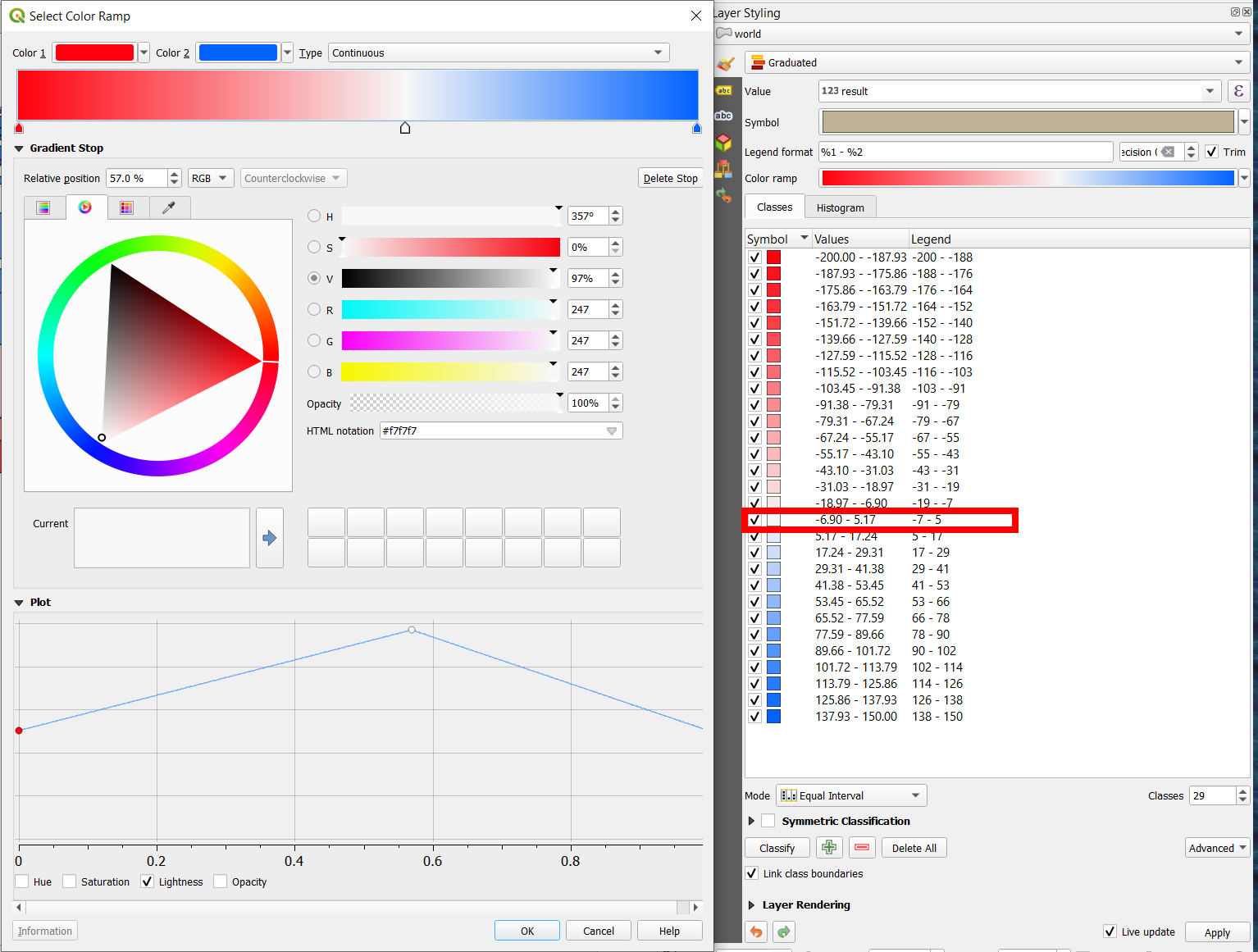 Another simple solution would be to use the Assistant in your Fill color.

This sample layer has a field with values from -200 to 150. As you can see, a normal graduated symbology would output your same results: 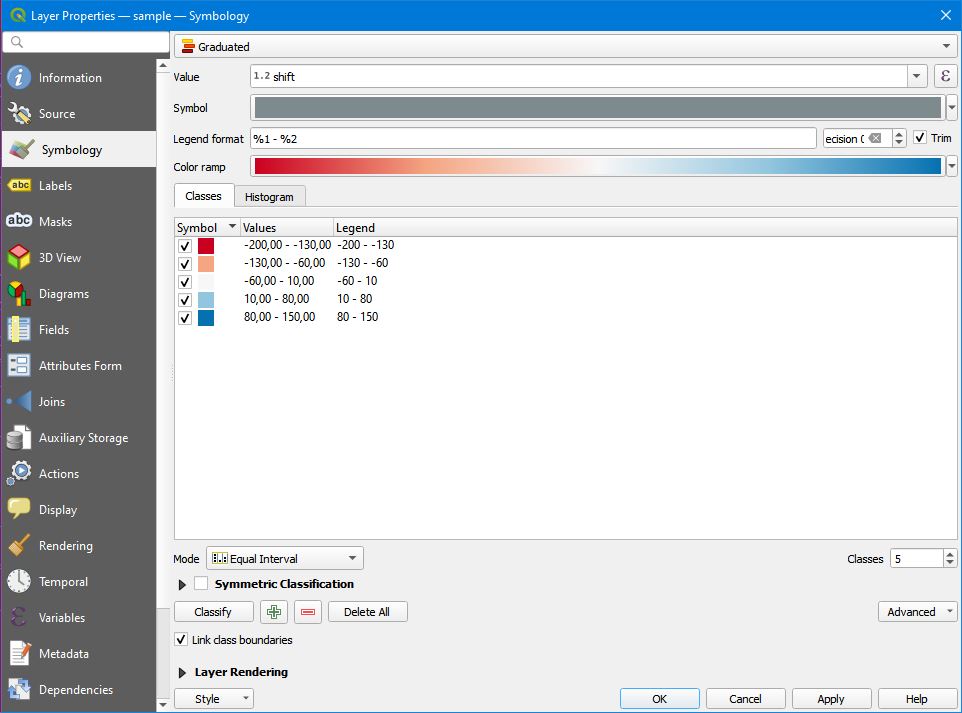 Instead, you can just symbolize using Single Symbol and use the Assistant to modify your Fill Color: 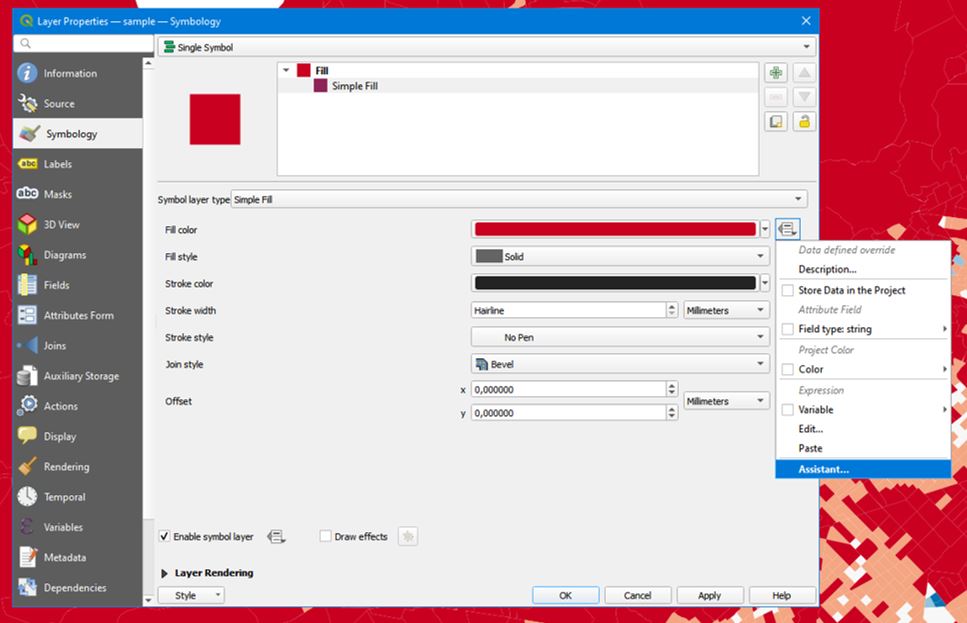 From here you can populate the min - max values as you need them to be, the scale is independent from your values. In your case, you want a range from -200 to 200: 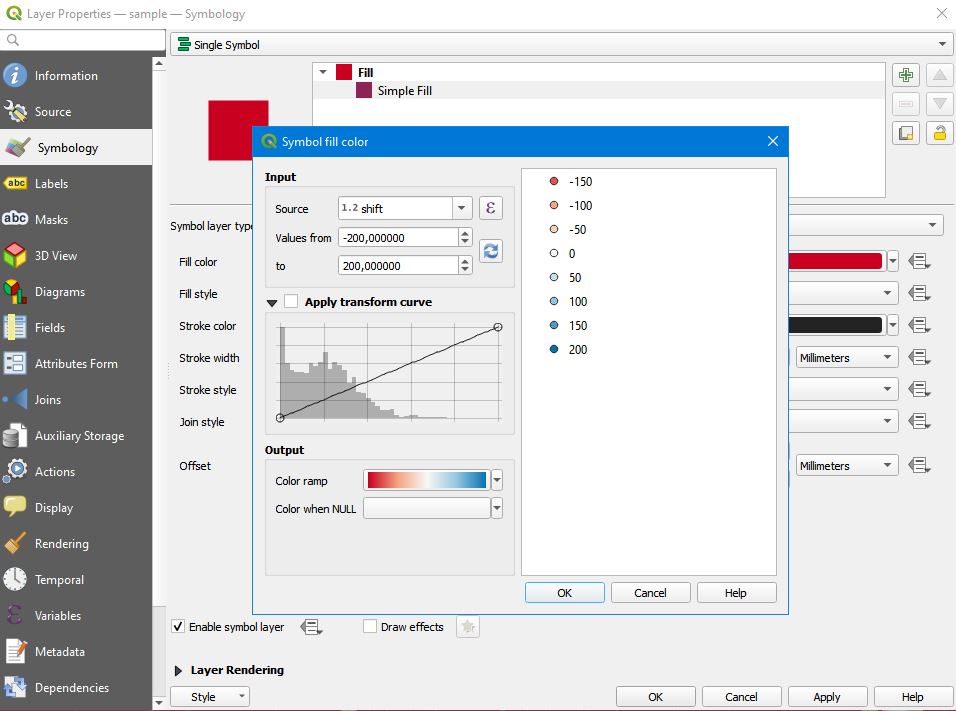 You can do this even if there are no values from 150 to 200. Make sure to not apply any transformation curves since you want a linear scale.

Not the answer you're looking for? Browse other questions tagged qgis polygon symbology cartography mapping or ask your own question.